Argentina Must Not Waste Its Crisis 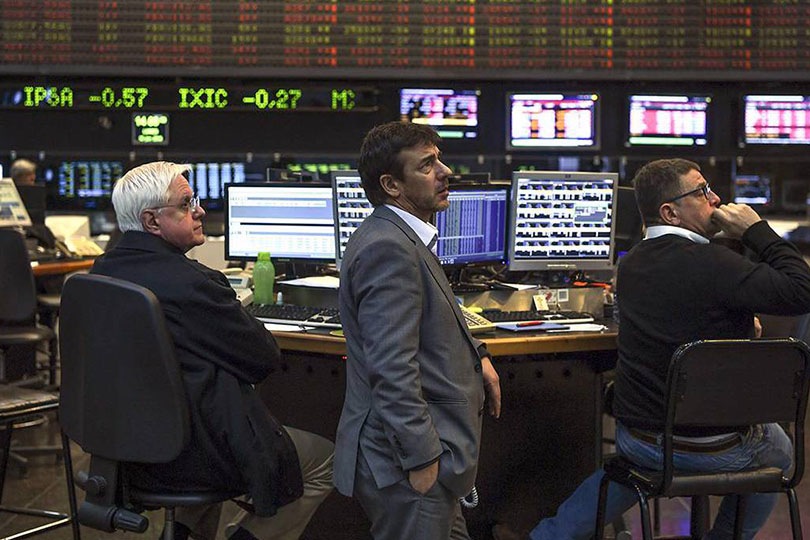 To explain Argentina’s chronic instability and episodic illiquidity, one must look beyond idiosyncratic leaders, temporary external shocks, and specific policy mistakes. The answer lies in the country's political system, which has failed to cement institutions that can support long-term development.

If you leave Argentina and come back 20 days later, according to a tragically apt joke, you’ll find everything is different, but if you come back after 20 years, you’ll find that everything is the same. Will the country’s likely next president, Alberto Fernández, finally manage to erase that punch line?

According to the World Bank, since 1950, Argentina has spent one out of every three years in a recession. And the country’s recent credit event may constitute its ninth sovereign default – its third since 2000. This is all the more vexing because only a century ago Argentina was one of the world’s richest countries in terms of GDP per capita.

To explain Argentina’s chronic instability and episodic illiquidity, one must look beyond idiosyncratic leaders, temporary external shocks, and specific policy mistakes. The answer instead lies in a political system that, having oscillated so frequently between military dictatorship and populist majoritarianism, has failed to cement institutions that can constrain short-termism and anchor policies for long-term development.

But Argentina’s current problems are not entirely the product of a burdensome macroeconomic inheritance and bad luck. From the beginning, Macri’s government pursued too many policy objectives with too few instruments, especially in view of the country’s weak institutions and famously impatient political culture.

In addition to poor starting conditions, the new government faced well-known structural constraints – fiscal dominance, financial dollarization, fear of floating, high inertial inflation, debt intolerance, weak domestic capital markets, and a small, commodity-dominated export base. It was therefore impossible from the outset for the Macri administration to lift currency and capital controls and simultaneously deliver fiscal consolidation, external sustainability, lower inflation, and inclusive growth. Something had to give.

Yet, fueled by excessive optimism and supported first by investor frenzy and later by the International Monetary Fund, Macri tried to have it all. As a result, policy was inconsistent and schizophrenic – hardly a recipe for lasting structural change. Now, the electoral consequences that Macri feared if he made the hard choices have materialized precisely because he didn’t.

While Argentina is a deeply polarized, low-trust society in which economic policymaking has historically been highly politicized, short-termism is not a uniquely Argentine phenomenon. Rare is the politician who is prepared to incur short-term costs for the sake of long-term benefits.

But constant short-termism must eventually collapse under the weight of economic necessity. After all, other countries have broken with their past after reaching a point where the constituency for change overpowered the vested interests opposing it.

Argentines must therefore find a way to overcome their self-perpetuating mistrust of institutions – and each other – and generate a lasting consensus for long-term policymaking. The totalizing reach of Peronism – a profoundly divisive but remarkably durable brand of populism that blends elements of nationalism, anti-elitism, and corporatism – will make this task harder.

But the status quo is unacceptable. Even if another IMF bailout tranche offers temporary respite, or external conditions improve, without sweeping structural reforms, the next Argentine crisis is likely to look much like the last.

The medium-term policy agenda must include labor, tax, and pension reforms, and a reduction of wasteful public spending. But these measures alone will not be enough. In order permanently to reduce Argentina’s structural vulnerabilities – namely, its chronic dollar shortage and dependence on external borrowing – two other sets of policies are needed.

First, Argentina needs a long-term industrial strategy for developing additional sources of export revenue. This will require diversifying the economy by making strategic bets on sectors in which Argentina potentially has a comparative advantage (such as industrial machinery and chemical products) and phasing out subsidies to uncompetitive protected industries.

Strategic diversification, together with reductions in tariff and non-tariff barriers and increased investment in public infrastructure, could enable Argentina to enter global value chains. But such an approach will not succeed until the rent-seeking, political patronage, and entrenched cronyism that have plagued the country’s institutions since the 1930s are eliminated. As long as the incentive structure bred by old-fashioned import-substituting industrialization is in place, new policies will continue to be captured by vested interests.

Second, Argentina needs institutional reforms to bolster the peso’s role as a safe and credible store of value, reduce dollarization, tame inflation, and mitigate balance-sheet vulnerabilities. The next government must therefore establish credibility by committing to price stability, enforced by a truly independent central bank that can offer moderate but consistently positive returns to peso savers. Combined with the development of local-currency saving instruments, positive rates should help to deepen domestic capital markets and expand the banking system. Policymakers also must set limits on governments’ foreign-currency borrowing, establish an independent fiscal council, and ensure that sensible capital-flow management policies reduce the impact of speculative “hot money.”

The good news for Argentina is that having just hit rock-bottom, the only way may be up. Fernández, the clear favorite to win the October 27 presidential election, will start his term with enough political capital to enact some of the reforms that Macri proved unable or unwilling to implement. Flanked by his left-leaning running mate, former President Cristina Fernández de Kirchner, he will be less vulnerable to accusations of being a “neoliberal” – a serious charge in much of Latin America. Furthermore, Fernández can retain the support of left-wing and lower-income voters by enacting a progressive social agenda and ensuring that his reform package protects the most vulnerable.

If he wants to be re-elected in 2023, Fernández will need a growing economy, and that will require him to invest political capital. Instead of merely being a cause for sorrow, then, this crisis could just be the moment when the politically impossible becomes inevitable. It won’t take 20 years to find out.