The Wealth and Health of Nations 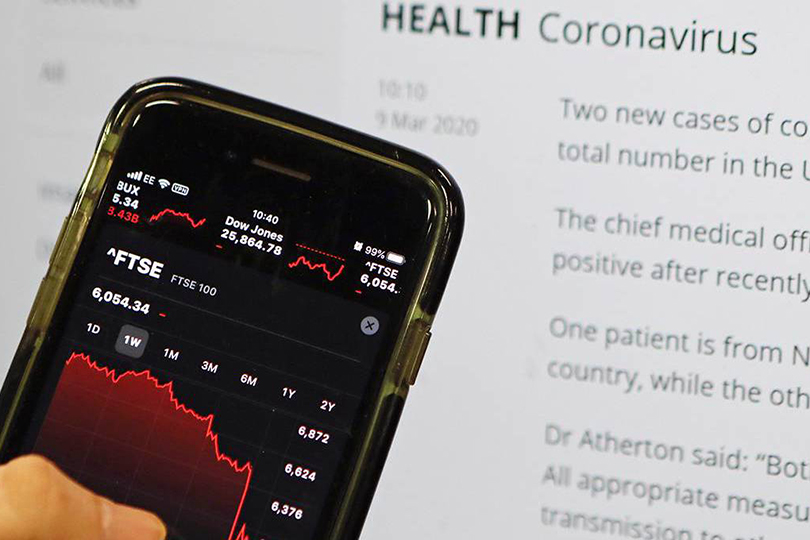 The COVID-19 outbreak's implications for the global economy are highly uncertain but potentially disastrous. To understand the risks, one should remember Adam Smith's insight about the true engine of wealth creation, the division of labor, which itself is dependent on the size and extent of markets.

COVID-19’s implications for the global economy are highly uncertain but potentially disastrous. As of March 5, the World Health Organization had identified 85 countries and territories with active COVID-19 cases – an increase from 50 countries the previous week. More than 100,000 cases and 3,800 deaths have been reported worldwide, and these figures almost certainly understate the scale and scope of the outbreak.

To understand how the epidemic could cause a global recession (or worse), one need only Adam Smith’s Wealth of Nations, Book I, Chapter Three: “That the Division of Labour is Limited by the Extent of the Market.” It is already clear that the pandemic could cause a negative supply shock if the amount of available labor were to decline rapidly because working-age people have fallen ill (or died) from the disease. Worse, unchecked fear of the contagion could lead to the suspension of critical supply chains. The media are already paying plenty of attention to cross-border supply chains involving China, South Korea, and other frontline countries; but, with links to firms all over the world, these hubs represent just the tip of the iceberg.

Moreover, domestic supply chains are just as vulnerable. As the coronavirus spreads, a larger number of links between buyers and sellers – intermediate and final – will be disrupted. More to the point, “the extent of markets” will shrink, and the gains from the division of labor – one of the main drivers of the “wealth of nations” – will steadily be curtailed, because more resources will be needed to produce domestically what was previously imported more cheaply from elsewhere. A return to subsistence production or autarky, even if it is only temporary, would be immensely damaging economically.

On March 3, the British government published an “action plan” that seems to contain a reasonably coherent strategy for heeding Smith and addressing the public health crisis at the same time. The authors call for a sequenced four-stage response: contain, delay, research, mitigate. But, judging from the coronavirus’s spread in China, South Korea, and other heavily affected countries, the United Kingdom’s chance for containment has passed. On March 4 alone, COVID-19 cases in the country jumped by 60%, and the virus claimed its first life the following day. Many of these new cases (including that of the patient who died) did not involve travel abroad, which suggests that community transmission is already underway.

That puts the UK in the “delay” phase, where the top priority is to identify cases early and isolate them. Heightened public awareness can help here. The goal is to buy time until the warmer months arrive, or until a vaccine has been developed (the “research” phase) and widely deployed.

Once the epidemic has taken root in the UK (and other countries accounting for most of global GDP), we will have fully entered the “mitigation” phase, where the priority is to provide essential services and help those most at risk. At this stage, the danger is not just that real GDP will grow at a slower rate, but that output and production will enter a material and persistent decline, owing to the disruption of established channels for market transactions.

In this scenario, the initial (Smithian) negative supply shock would soon be compounded by Keynesian demand shocks. The decline in aggregate demand would start with those who are too ill to work or otherwise prevented from working, but it would be magnified by an uncertainty-driven increase in precautionary saving, as well as a fall in capital expenditures. Worse, the new climate of uncertainty could well last for years, depending on whether the coronavirus becomes a recurrent problem.

With interest rates already so low, further cuts by central banks are among the least effective instruments available for mitigating such economic conditions. Otherwise viable enterprises whose purchasing orders are interrupted for weeks or even months could face bankruptcy. Central banks, financial regulators, and other policymakers must not only make credit available on easy terms, but also incentivize (or instruct) lenders to keep coronavirus-affected borrowers solvent. Central banks’ balance sheets offer the means to fix the holes in corporate and household finances. And while such an intervention would inevitably produce a number of zombie firms that eventually would have failed even without the epidemic, addressing that issue is best left for a later day.

Finally, governments should be prepared to pick up the wage bill for workers who are ill or quarantined. And conventional fiscal stimulus (intelligently targeted public spending and tax cuts) can be used to address the shortfall of effective demand.

Policymakers have the economic tools they need to minimize the damage caused by the coronavirus. But even with those measures in place, the global economy may not be able to avoid a bleak scenario – one resembling a depression more than a recession.