Unemployment during coronavirus: The psychology of job loss 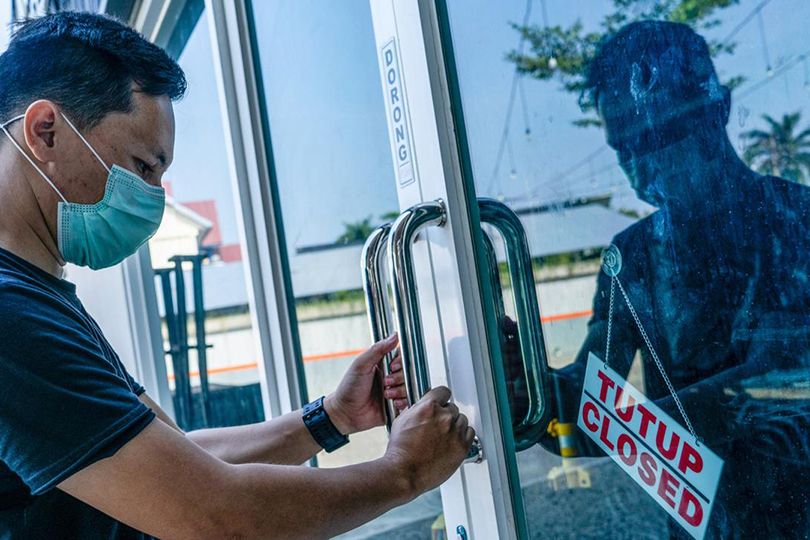 Earlier this week, unemployment insurance claims in the US soared past three million, a record-breaking number which far surpasses previous highs. To put it in context, this figure shatters the Great Recession crest of 665,000 of March 2009 and the previous record high of 695,000 in 1982, when the US Federal Reserve tried to tame inflation through its monetary policy. Even so, this number – a rise of 3,001,000 from the previous week’s level of 282,000 – understates the extent of the problem; it doesn’t include gig workers, the self-employed and other freelancers, who aren’t eligible for unemployment insurance in many states.

Around the world economies are all experiencing similar symptoms as millions of people are laid off because of Covid-19. “This is going to be a global pandemic of unemployment,” says David Blustein, a professor of counselling psychology at Boston College and the author of The Importance of Work in an Age of Uncertainty: The Eroding Work Experience in America. “I call it a crisis within a crisis.”

Further compounding these dramatic figures is the speed at which many suddenly found themselves without work – either laid off with some form of termination payment, asked to take indefinite unpaid leave or outright fired. This is, of course, a financial challenge for many who have suddenly lost their income, but it also presents a psychological challenge. When you lose your job, how do you handle those feelings?

James Bell, 39, is one of the many Americans who applied for unemployment benefits when the bar where he worked, Second Street Brewery in downtown Santa Fe, had to close. Until then, Bell was making a steady living mostly from cash tips and weekly wages, supporting his family of five. He and his wife have three children ages two, three and seven years old. Even though Bell could tell that business was dropping off dramatically, he says it still came as a shock to him when he was laid off.

“I have no hard feelings but it’s hard when you live pay check to pay check,” he says. In addition to the unemployment benefits he can receive, Bell has also researched a number of charitable foundations that offer financial help for bartenders and waiting staff, but he fears they may be inundated by the sheer numbers of applicants.

The shock Bell felt at suddenly losing his livelihood was tempered with relief at no longer being exposed daily to the risk of catching the virus. “Honestly the week prior, I was an anxious wreck disinfecting the doorknobs in the bar,” he says. He calls the situation an emotional roller coaster, and feels stress and fear both by losing his job and also grappling with the reality of a pandemic.

“I guess my main anxiety is the unknown surrounding everything. How long will this go on? The longer this goes on the more of a financial hole we’ll be in at the end of it.”

Losing any job can be emotionally wracking, but to do so in our current environment of heightened uncertainty can add additional stressors into the mix.

“How we all deal with stress is being intensified by this particular situation,” says Adam Benson, a New York-based psychologist in private practice for 20 years. “Some people are going into control mode and trying to control everything. But we have to face facts that we are not in control of our situation as much as we’d like to be.”

Psychologists note that losing a job often equates to the grief of losing a loved one; the emotional trajectory can include any of the stages of grief, which run from shock and denial, through to anger and bargaining, and eventually to acceptance and hope.

“What I have found helpful to people is to point out that they are actually going through a loss and once they realise this, they can be more compassionate with themselves and allow themselves to feel what they feel.”

Some people may not want to acknowledge the depth of their loss, suggests Benson. They may be inclined to say to themselves: ‘I shouldn’t be feeling this way when everyone at work has lost their job; it has nothing to do with me, so then why I am I feeling this way?’ “But when they realise they indeed are experiencing a loss, whether it was expectation, opportunity, hope, relationship, it often gives them this permission," he adds.

It’s also important to acknowledge that emotions linked to a job loss may take time to process. A new study drawing on data from 100 interviews from the recently unemployed tracked participants’ feelings 12 weeks after job loss and then again a year later. “At first people are really angry,” says study author Sarah Damaske, an associate professor of sociology, labour and employment relations at Pennsylvania State University. She notes, however, her study looked at people who lost their jobs during a time of abundance, prior to this crisis.

Will there be similar anger this time around due to the exceptional circumstances we’re living in? We can’t predict for sure, she says, but based on her research it seems likely. “People who get laid off feel fairly angry about it and upset with their employers,” she notes. “I argue that a lot of the anger comes either from feeling like you are replaceable – they found someone who was cheaper to do the work. Or, like you weren't really part of the team after all – [they] moved the work away from the team or took people off a team they had thought themselves to be a critical part of.”

What’s more? These exceptional circumstances might serve as a psychological scapegoat – at first. But then uncertainties about how the workforce is changing, even before the pandemic, can come into play, says Cary Cooper, professor of organisational psychology at the University of Manchester.

“Individuals can psychologically blame the pandemic rather than themselves,” he says. “But [what] might follow is that organisations may realise, the longer this goes on, that they don’t need as many people. That is, that technology could replace many. That will be the biggest fear and longer term consequence.”

Studies show that people who suffered financial, housing or job-related hardship following the Great Recession were more vulnerable to mental health problems. So how can people suffering now maintain some measure of equilibrium in this unprecedented situation?

Benson suggests that in general, after any loss, people should recognise the elements of their situation they can and cannot control – and focus on the former. Identifying immediate problems (like the need to reduce household expenditure for a period) and putting some fixes in place will help, along with acknowledging that – in the short term – things will be tough and changes will be needed until the situation turns around.

Perhaps what is different about the current unemployment situation is the belief that it’s temporary and that once things are under control, people will return to work. For someone like James Bell, this is a stabilising thought. “I anticipate that when all is said and done, there’s going to be a huge boom and people will want to return to the bars and restaurants, and tip big,” he says.

Furthermore, there’s evidence that the collective nature of this experience is forging a sense that we’re all in this together. Benson mentions that in his Manhattan neighbourhood restaurant owners are being sensitive and generous, paying people ahead or setting up campaigns to raise money for workers and support groups for families. While this won’t solve the underlying social and economic problems, it may help people feel that they’re not to blame for their plight. “It is supportive of the idea that when they are feeling sad, angry, they might negate these feelings because they know they didn't lose their job because of something that they did wrong and that it isn't their fault,” says Benson.

For Donna Bertaccini, the way forward is about embracing the current reality, however scary it may be. The Great Recession was financially devastating for her company, Molesworth Enterprises, an independent film and television company that she’s run with her husband in Connecticut for 35 years. All her contract work fizzled as people retrenched, and it’s taken a long time to rebuild. “We were just seeing the light at the end of the tunnel in December,” she says. “But this coronavirus is a game changer.”

Projects are all on hold for the time being, yet Bertaccini remains optimistic that the current situation will improve and that work that has gone away will return in time. “I think on some level everybody is in this boat together,” she says. “It doesn’t feel so isolating.”

Part of her strategy to keep anxiety at bay is to stay informed about what resources are out there. She is encouraged by the $2 trillion emergency relief bill agreed to by congressional leaders and the White House. But the other part is nurturing her ability to stay positive and come from a place of gratitude.

“Life does change on a dime,” she says. “It’s going to be a long haul but hopefully you can keep your sense of balance.”