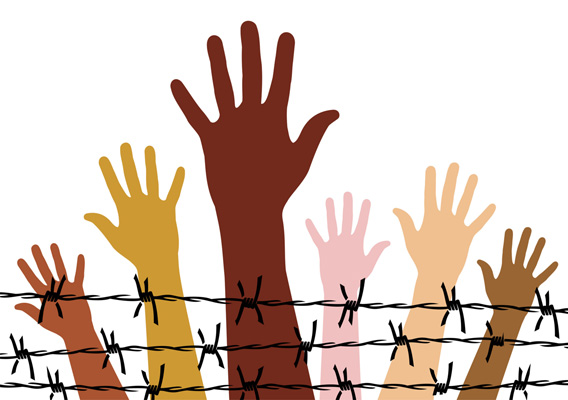 NEW YORK – Over the past decade, income inequality has come to be ranked alongside terrorism, climate change, pandemics, and economic stagnation as one of the most urgent issues on the international policy agenda. And yet, despite all the attention, few potentially effective solutions have been proposed. Identifying the best policies for reducing inequality remains a puzzle.

To understand why the problem confounds policymakers, it is helpful to compare the world’s two largest economies. The United States is a liberal democracy with a market-based economy, in which the factors of production are privately owned. China, by contrast, is governed by a political class that holds democracy in contempt. Its economy – despite decades of pro-market reforms – continues to be defined by heavy state intervention.

But despite their radically different political and economic systems, the two countries have roughly the same level of income inequality. Each country’s Gini coefficient – the most commonly used measure of income equality – is roughly 0.47.

In one important way, however, their situations are very different. In the US, inequality is rapidly worsening. In 1978, the top 1% of the US population was ten times richer than the rest of the country. Today, the average income of the top 1% is roughly 30 times that of the average person in the remaining 99%. During the same period, inequality in China has been declining.

This poses a challenge for policymakers. Free market capitalism has proved itself to be the best system for driving income growth and creating a large economic surplus. And yet, when it comes to the distribution of income, it performs far less well.

Most democratic societies have attempted to address the problem through left-leaning redistributive policies or right-leaning supply-side approaches. But neither seems to be particularly effective. In the US, income inequality has steadily widened under both Democratic and Republican administrations. China’s success in this arena points to the possible advantages of its heavy-handed system – a conclusion that makes many Western policymakers uncomfortable.

One aspect of the discussion, however, need not be so controversial. Adding to the challenges of the policy debate are assertions that inequality is unimportant. If a rising tide is lifting all boats, the thinking goes, it doesn’t matter that some may be rising more slowly than others.

Those who argue for de-emphasizing income inequality maintain that public policy should seek to ensure that all citizens enjoy basic living standards – nutritious food, adequate shelter, quality health care, and modern infrastructure – rather than aiming to narrow the gap between rich and poor. Indeed, some contend that income inequality drives economic growth and that redistributive transfers weaken the incentive to work, in turn depressing productivity, reducing investment, and ultimately harming the wider community.

But societies do not flourish on economic growth alone. They suffer when the poor are unable to see a path toward betterment. Social mobility in the US (and elsewhere) has been declining, undermining faith in the “American Dream” (which includes the belief that hard work will make one better off than one’s parents). Over the past 30 years, the probability that an American born into the bottom quartile of the income distribution will end his life in the top quartile has more than halved.

To be sure, much progress has been made. Over the past 50 years, as countries such as China and India posted double-digit economic growth, the global Gini coefficient dropped from 0.65 to 0.55. But further headway is unlikely – at least for the foreseeable future.

Economic growth in most emerging economies has slowed below 7%, the threshold needed to double per capita income in a single generation. In many countries, the rate has fallen below the point at which it is likely to make a significant dent in poverty.

This bleak economic outlook has serious consequences. Widening inequality provides fodder for political unrest, as citizens watch their prospects decline. Reports that just 158 wealthy donors provided half of all campaign contributions in the first phase of the 2016 US presidential election cycle highlight the worry that income inequality can lead to political inequality.

Globally, the slowdown in economic convergence has similar implications, as richer countries maintain their outsize influence around the world – leading to disaffection and radicalization among the poor. As difficult a puzzle as income inequality may seem today, failing to solve it could lead to far more severe challenges.

* An economist and author, sits on the board of directors of a number of global corporations. She is the author of Dead Aid, Winner Take All, and How the West Was Lost.