Distrust fuels protests in the Middle East and North Africa 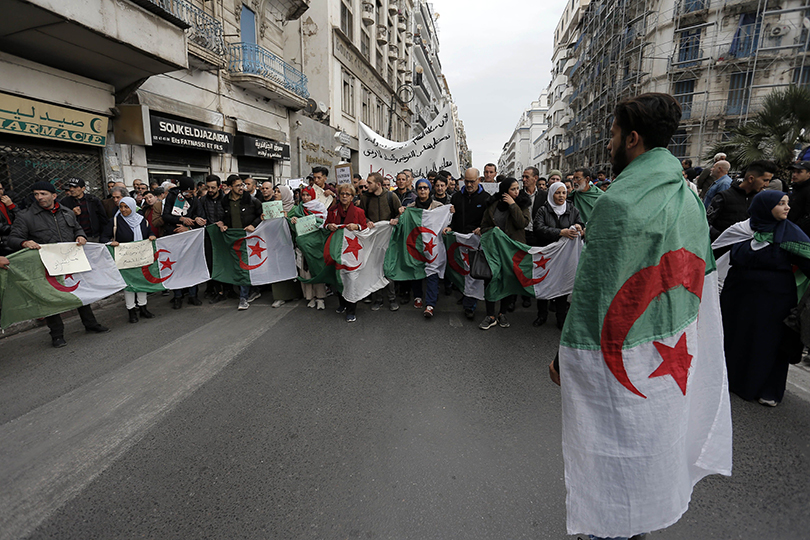 Street protests are enveloping the developing world and especially the Middle East and North Africa (MENA) — Algeria, Egypt, Jordan, Kuwait, Lebanon, Iran, and Iraq. Although the intensity and trigger vary from country to country, the fundamental cause in all is a growing sense of individual uncertainty and distrust of governments. The younger generation in the MENA region has dim prospects and doubts the ability of governments to improve things. That innate distrust of governments is amplified by social media, which can swiftly react to missteps by often secretive governments. Moreover, the inability of many governments to deliver quality and affordable public services, coupled with the perception of official corruption that enables a crony private sector, exacerbates distrust.

These domestic tensions in MENA are building up as uncertainty about the global economy increases. Indeed, growth prospects have continued to soften with reduced investment in developing countries. Trade tensions and the United Kingdom’s exit from the European Union are among the downside risks to the outlook. Another concern is rising government debt, which makes it difficult for developing countries, including in MENA, to respond to adverse economic developments and to finance growth-enhancing investments.

The MENA region needs hundreds of billions of dollars of investment in quality projects . Because the availability of public funds is limited, the World Bank and other international development partners are using new country platforms to support developing countries as they undertake the upstream reforms needed to attract private investment. There is a real opportunity for developing countries to tap trillions of dollars of “frozen assets” invested in low-yielding, even money-losing, instruments in advanced economies. To attract these funds from advanced economies, developing countries like those in MENA must make sustainable reforms to deliver not only open markets but more open government.

The World Bank recently released its Doing Business 2020. Many countries in MENA made significant improvement in their rankings — including Saudi Arabia, Jordan, Bahrain, and Kuwait . Nevertheless, the report shows that there is significant scope in MENA to continue to streamline or expedite rules to make it easier to do business and allow entrepreneurship to flourish. Besides removing specific barriers to ease the business environment, many MENA countries need deeper and bolder reform to promote fair competition.

No reform can be imposed from the outside. MENA countries must achieve an internal consensus that monopolized markets — whether dominated by the military or by a few oligarchs — limit the prospects of often increasingly educated youth and women and that society must eliminate them. Too often, countries have competition laws on the books, but state-owned enterprises and other favored actors benefit from exemptions and continue loss-making commercial activities. In general, competition laws in many developing countries are not systematically enforced — often because of the lack of an independent judiciary and limited independence and sanction power by competition bodies. Ineffective enforcement ultimately results in poor quality and unaffordable public services (such as water, solid waste management, electricity, and telecoms), spurs the accumulation of public debt, and feeds the perception of corruption.

More open markets can help unleash the full potential of individuals in MENA countries. But to do so requires open governments . Oversight bodies, when they exist, can operate effectively and help restore trust in the system only if there is enough transparency and sufficient data to permit the evaluation of public policies. Lack of transparency is especially problematical in infrastructure lending — where collateral, liens, and other terms and clauses hidden in contracts are often not fully revealed. While hidden debt may be appealing to a few developing country leaders who use it for their personal gains, it adds to the real economic burden and jeopardizes the future of younger generations, who become more frustrated in turn. Debtor and creditor governments around the world need to act more responsibly and commit to transparent terms for infrastructure lending. The citizenry ought to be fully informed about the contingent liabilities that governments are making on their behalf.

Considering the outsized role of the state in many MENA economies, to foster a private sector with open markets, governments must inject more transparency in public procurement and make credit more widely available. More transparent public procurement will make it harder for favored firms to obtain lucrative government contracts, which would promote a genuine private sector. The privileged access state-owned enterprises (SOEs) often have to credit, especially from public banks, crowds out the development of small- and medium-sized enterprises (SMEs). Not only do SMEs find it difficult to get funding, they can find it hard to compete with SOEs whose easy access to credit allows them to operate inefficiently — or even at a loss. That is not sustainable.

Young people in MENA are challenging the status quo and demanding that governments effect positive change. Governments in the Arab world should take a clue from the protesters and show that they are willing to abide by much higher transparency and disclosure standards — which will ultimately help to reform bad behavior by governments and elites, and foster trust among the citizenry.

Related topics
Iraq Cries Out for Unity
Why End the Global Media Crisis?
The Arab Winter of Discontent
The fight to keep the internet free and open for everyone
For Uighur Muslims in China, Life Keeps Getting Harder
Why Rich Cities Rebel
Economy, WhatsApp, wildfires: Why are there protests in Lebanon?
Calling a Halt to Turkeys Offensive in North-eastern Syria
No Country for Poor Men: How Lebanon’s Debt Has Exacerbated Inequality
Iraq Is Currently Being Shaken by Violent Protests
Most read
Ready or Not for the Next Recession?
The Power Struggle for the Throne and the Saudi 'Reset' With Trump
A Probe Into Imam Ali’s Government
U. S. Needs to Realize Iraqi National Constants
The Lost Children of ISIS
The Wisdom of Nokia's Dumbphone
The Evolution of the Refugee Crisis
Why Low Inflation Is No Surprise
Saving America from Trump’s Tax Reform
10 Humanitarian Crises To Look Out For In 2018
Facebook
Comments
Facebook Comments