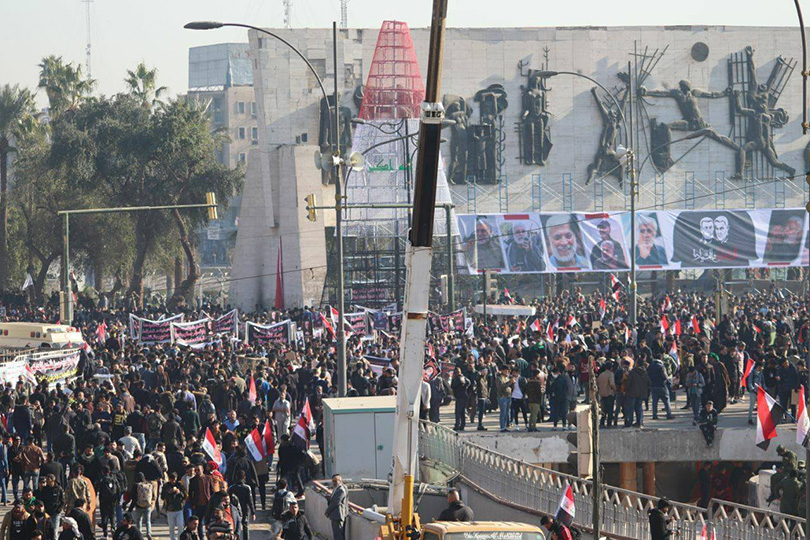 Since the early hours of today, thousands of people are heading toward Tahrir Square to participate in the remembrance marches of the first anniversary for the death of Deputy Chief of Iraqi Popular Forces, Abu Mahdi Al-Mohadas, and commander of Iranian Quds Force, Qasem Soleimani, in an American airstrike at this day of last year.

The supporters of Iraqi Popular Forces were gathering and heading toward Tahrir Square from early morning to participate in the demonstration that starts at 1 P.M. of today. The demonstration witnessed strong security measures and heavy deployment of security forces, intelligence, and Iraqi popular forces.

According to close sources of demonstration’s organizers, the protesters will lift the slogans of forcing American army to depart Iraq.

The Directorate of Public Traffic announced road and intersections closure leading to Tahrir Square and only allowing demonstrators to pass who are expected to lift photos of Al-Mohandas and Soleimani with flags of Popular Forces and Iraq.