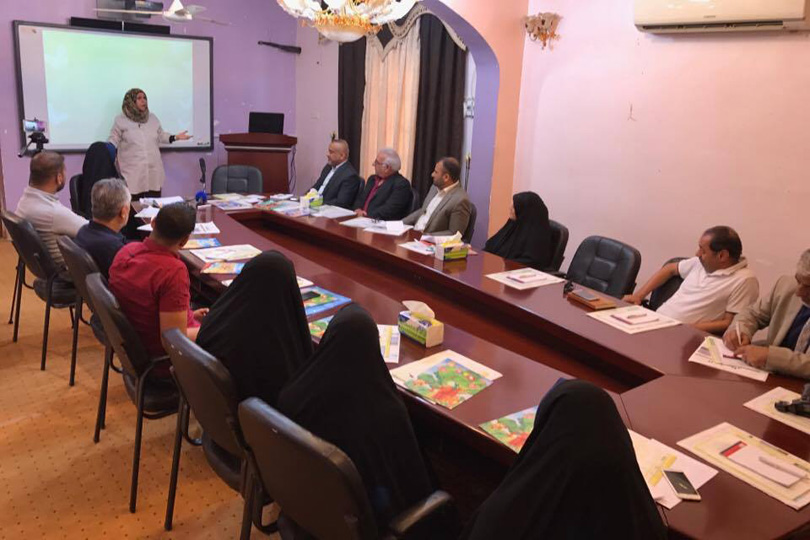 Annabaa Organization for Media and Culture in Karbala held a workshop entitled Cultural deprivation and its impact on children, where Dr. Salma Hussein Kamel of Diyala University / Faculty of Basic Education / Director of Psychological Guidance and Educational Guidance Unit delivered the lecture. Along with the participation of Specialists and those who are interested in children literature and culture.

The culture of children and the children's press take an significant part of the developed peoples’ priorities. The organization has a firm interest in essay writings and holding cultural programs on children's literature and culture, because we believe that the building of living nations depends on the way we raise the children as they will be the leaders of the future said Annabaa director and the journalist Ali altalkani, adding that this program was basically managed and organized by the staff of Annabaa, where everyone went into a challenge to provide a service to form a society aware of the importance of competing, especially when it is a public service.

For her part, Dr Salma said: Cultural deprivation is the cultural shortage of children or the denial of their needs and desires permanently or temporarily, which deprives them of having a cultural sense or a wide knowledge of the cultures of the world and what is going on around them, There are many reasons for cultural deprivation: social, economic, educational and other reasons such as child labor, school dropout and others.

The workshop was presented by the Director of the documentary center of the organization Dalal al-Oqaili. The writer of Annabaa media network, Zeinab al-Sammak, gave a presentation on the impact of cultural deprivation on the children as Mr. Khaled Abdul-Salam al-Tharwani was the rapporteur of the workshop, the editor of Annabaa news agency.