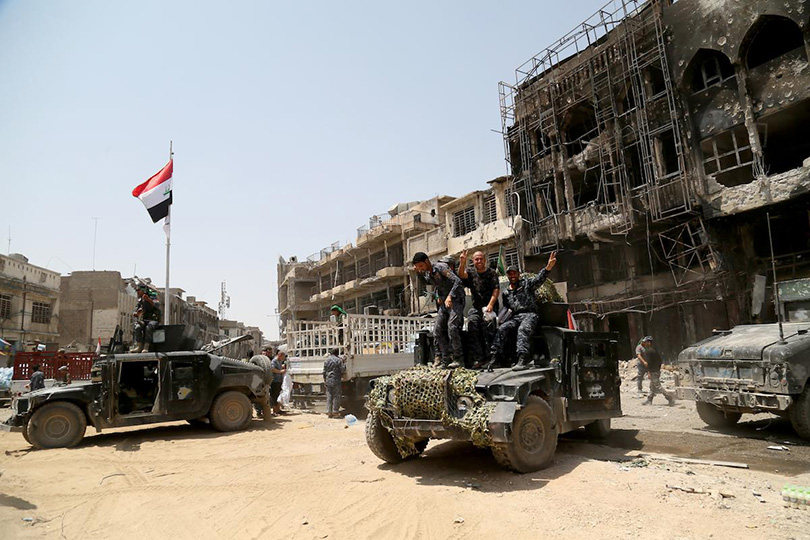 The International Finance Corporation's (IFC) country manager for Iraq, Ziad Badr, was speaking in Kuwait ahead of an international conference this week for donors and investors to rebuild and revive Iraq's economy as the country emerges from a devastating three-war against the Islamic State (IS) group.

"I don't think that in any other part of the world there are such investment opportunities," Badr said in a speech at the Kuwait Chamber of Commerce and Industry, giving as an example a Lebanese firm making a 24 percent return on its stake in a luxury hotel in Erbil, the capital of the Kurdish region of northern Iraq.

The Iraqi National Investment Commission (NIC) last week published a list of 157 projects it will seek investment for at the 12-14 February International Conference for Reconstruction of Iraq, estimated to cost about $100bn in total.

The projects include rebuilding destroyed facilities like Mosul's airport and new investments to strengthen and diversify the economy away from oil sales, by developing transport, agriculture and industries based on the nation's energy wealth, including petrochemicals and oil refining.

Rebuilding homes, hospitals, schools, roads, businesses and telecommunications is key to providing jobs for the young, ending the displacement of hundreds of thousands of people and putting an end to several decades of political and sectarian violence.

About 1,900 delegates have registered to attend the conference, representing foreign governments, private sector companies and international organisations, NIC head Sami al-Araji told the gathering at the Kuwait Chamber of Commerce.

"We are at the crossroads, the world now is supporting us, we have to seize the opportunity," he said.

Baghdad is determined to clamp down on "bureaucratic routine and corruption that in some cases are delaying investments," he said, responding to complaints by Kuwait companies about the difficulties of doing business in Iraq.

One of them, a supplier of telecommunications equipment, told the conference he had been waiting six months to get a $5mn payment for work done for the Iraqi government.

Iraq is the 10th most corrupt country in the world, according to Transparency International.

Iraq declared victory over IS in December, having taken back all the territory captured by the militants in 2014 and 2015. A US-led coalition supported the Iraqi forces, especially in the battle to dislodge them from Mosul, their de facto capital in northern Iraq, in July.

Iraq reopened to foreign investment in 2003 after the US-led invasion that toppled Saddam Hussein, but the vast majority of the billions of dollars invested went to increasing its oil and natural gas production.

It has become the second-largest crude exporter of the Organization of the Petroleum Exporting Countries, after Saudi Arabia, with a daily output of 4.4 million barrels.