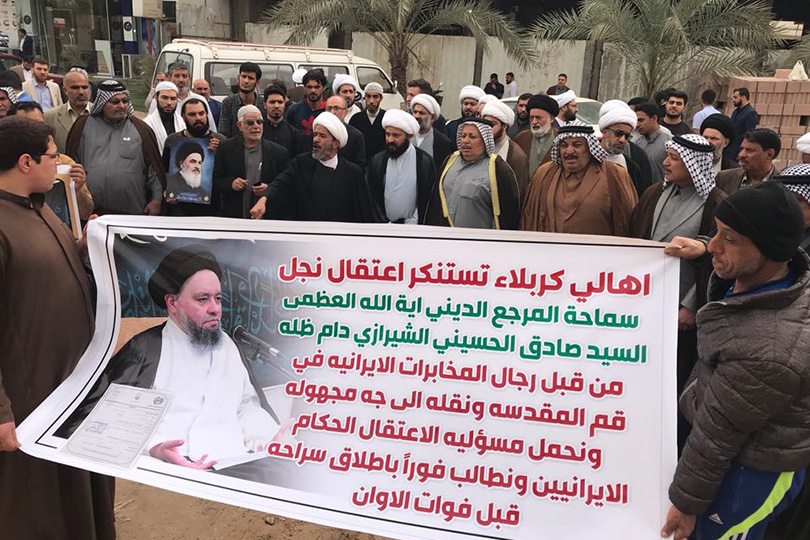 Tens of Kerbala citizens demonstrated before the Iranian Consulate in a protest against Iranian regime arrest of the son of the religious personality, Sadiq Al-Shirazi, in Qum, Iran .

The protresters called the Iraqi government to interfere to release Hussein, the son of the religious personality Sadiq Al-Shirazi.

Media sources reported that the Iranian intelligence arrested Hussein Al-Shirazi for the second time, without providing reasons for this arrest.

Sadiq al-Shirazi has the Iraqi nationality and resides in the Iranian Qum city.