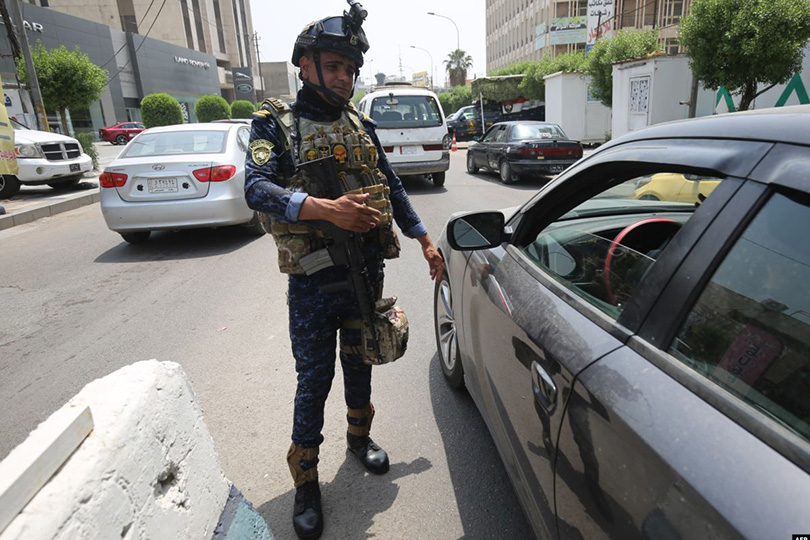 Baghdad Police declared a major arrestment of a dangerous terrorist on Saturday.

The police stated: Al-Shaab checkpoints, an affiliate of checkpoints affairs and external routes directory in Baghdad Police Headquarter, arrested a dangerous terrorist, according to article 4 terrorism, in his attempt to pass through the checkpoint.

The statement added: legal actions have been taken against him in accordance with the law.