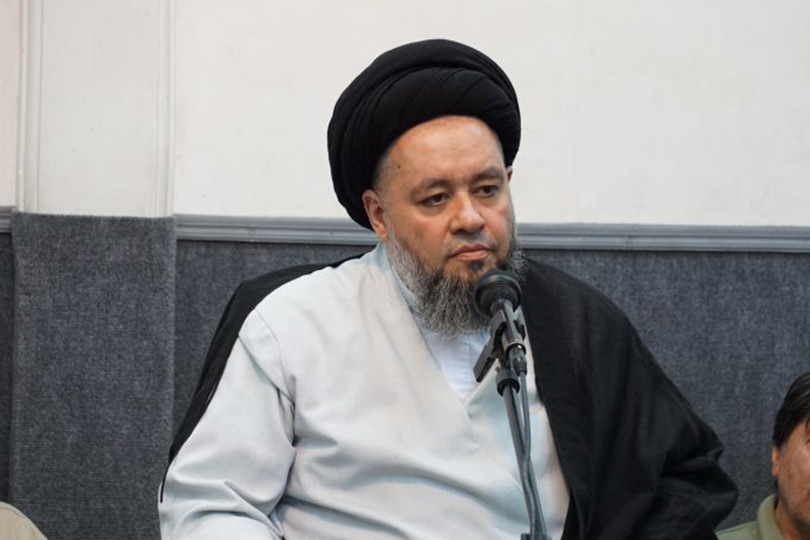 Local advocates report the forces attacked the clergy’s vehicle, forced his son Seyed Hussain Shirazi, out of the car, and removed his turban degrading him in public, as the father and son were returning home from their daily lecture.

Forces arrested Seyed Hussain Shirazi. Seyed Hussain has been targeted many times by the same forces in the past on allegations of inciting public unrest through a critique of the government’s lack of tolerance on free speech.

Seyed Hussain currently acts as the Executive Director of Shirazi Foundation, a multi-national humanitarian and educational organization with special consultative status with the United Nations.

The followers of the clergy are concerned for his health as he suffers from a heart condition.

There is a growing concern over the safety of Seyed Hussain as Iranian forces have used extreme torture such as burning with oil, reverse-hanging, flogging, denial of food and water, among other methods of torture, in the past. There have been some reports by Amnesty International, Human Rights Watch, Shia Rights Watch and other human rights organizations critiquing the extent of the attack and human rights violations toward the Shirazi family in the past.

Arbitrary arrest and assault toward the scholar have provoked some peaceful protests in front of the Iranian embassy in Iraq, the United Kingdom, Kuwait and other Gulf countries in which the Seyed has hundreds of educational, spiritual and public service centers.

The recent attacks on the Shirazi family bring forth concerns of re-emerging anti-Shiism in the Republic of Iran.

Iranian Special Clerical Court has refused to respond to any inquiries by NGO’s, family and community members, thus far.