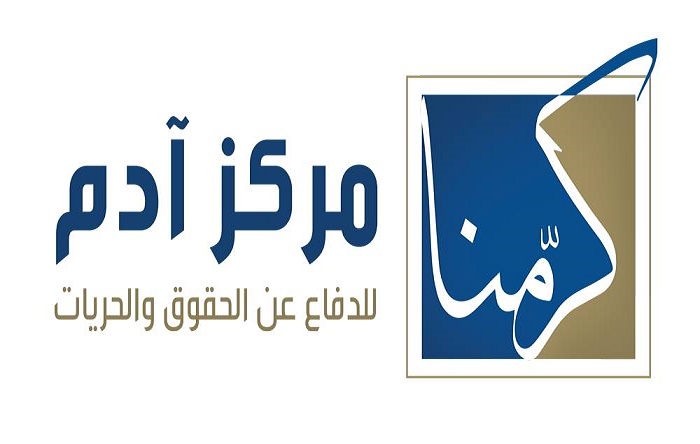 Adam’s Center for the Rights and Freedoms sent a message to the United Nations Secretary General Antonio guterres on the conditions of arresting Sayyid Hussein al-Shirazi, the son of the religious leader Sayyid Saddiq al-Husseini al-Shirazi by the Iranian security forces.

The message included the following:

On 6 March, 2018, 10 a.m., a force from the Iranian intelligence stopped the car of Sayyid Hussein al-Shirazi, who was accompanying his father, the religious personality, Sayyid Saddiq al-Shirazi, at Inqilab Street in mid of the Holy City of Qum.

The force attacked him, pulled and treated him with cruelty and insults that resulted in the downfall of his “turban” and led to a secret custody center.

No clear or reasonable reasons were given for this arrest, that contradicted Iranian obligations according to international and national laws, including, for instance:

Violation of international documents, as follows:

Whereas what has been mentioned in the Universal Declaration of Human Rights, adopted by the UN General Assembly, Resolution 217 A, of 10 December, 1948, as follows:

b. Article 9: No one shall be subjected to arbitrary arrest, detention or exile.

c. Article 10: Everyone is entitled in full equality to a fair and public hearing by an independent and impartial tribunal, in the determination of his rights and obligations and of any criminal charge against him.

d. Article 11: (1) Everyone charged with a penal offence has the right to be presumed innocent until proved guilty according to law in a public trial at which he has had all the guarantees necessary for his defence.

e. Article 13: (1) Everyone has the right to freedom of movement and residence within the borders of each state.

f. Article 18: Everyone has the right to freedom of thought, conscience and religion.

g. Article 19: Everyone has the right to freedom of opinion and expression; this right includes freedom to hold opinions without interference and to seek, receive and impart information and ideas through any media and regardless of frontiers.

Reference to what has been mentioned in International Covenant on Civil and Political Rights adopted by the UN General Assembly, according to Resolution No. 2200 A, on 16 December, 1966:

1. Everyone has the right to liberty and security of person. No one shall be subjected to arbitrary arrest or detention. No one shall be deprived of his liberty except on such grounds and in accordance with such procedure as are established by law.

2. Anyone who is arrested shall be informed, at the time of arrest, of the reasons for his arrest and shall be promptly informed of any charges against him.

5. Anyone who has been the victim of unlawful arrest or detention shall have an enforceable right to compensation.

1. Everyone lawfully within the territory of a State shall, within that territory, have the right to liberty of movement and freedom to choose his residence.

2. Everyone shall be free to leave any country, including his own.

4. No one shall be arbitrarily deprived of the right to enter his own country.

1. All persons shall be equal before the courts and tribunals. In the determination of any criminal charge against him, or of his rights and obligations in a suit at law, everyone shall be entitled to a fair and public hearing by a competent, independent and impartial tribunal established by law.

2. Everyone charged with a criminal offence shall have the right to be presumed innocent until proved guilty according to law.

3. In the determination of any criminal charge against him, everyone shall be entitled to the following minimum guarantees, in full equality: (a) To be informed promptly and in detail in a language which he understands of the nature and cause of the charge against him;

3 To have adequate time and facilities for the preparation of his defence and to communicate with counsel of his own choosing.

1. Everyone shall have the right to freedom of thought, conscience and religion.

2. No one shall be subject to coercion which would impair his freedom to have or to adopt a religion or belief of his choice.

1. Everyone shall have the right to hold opinions without interference.

In those States in which ethnic, religious or linguistic minorities exist, persons belonging to such minorities shall not be denied the right, in community with the other members of their group, to enjoy their own culture, to profess and practise their own religion, or to use their own language.

According to the Code of Conduct for Law Enforcement Officials, adopted by the UN General Assembly Resolution 34/169 of 17 December, 1979:

In the performance of their duty, law enforcement officials shall respect and protect human dignity and maintain and uphold the human rights of all persons.

Body of Principles for the Protection of All persons under any form of detention or imprisonment, according to UN General Assembly Resolution No. 43/173c of 9 December, 1988.

Arrest, detention or imprisonment shall only be carried out strictly in

persons authorized for that purpose.

1. These principles shall be applied to all persons within the territory of

any given State, without distinction of any kind, such as race, colour, sex,

language, religion or religious belief, political or other opinion, national,

ethnic or social origin, property, birth or other status.

According to what has been mentioned in the Declaration on the Protection of All Persons from Enforced Displacement, UN General Assembly Resolution No. 47/133 of 18 December, 1992.

1. Any act of enforced disappearance is an offence to human dignity.

fundamental freedoms proclaimed in the Universal Declaration of Human Rights

and reaffirmed and developed in international instruments in this field.

2. Any act of enforced disappearance places the persons subjected

them and their families. It constitutes a violation of the rules of

international law guaranteeing, inter alia, the right to recognition as a

person before the law, the right to liberty and security of the person and the right not to be subjected to torture and other cruel, inhuman or degrading treatment or punishment. It also violates or constitutes a grave threat to the right to life.

1. No State shall practise, permit or tolerate enforced disappearances.

2.States shall act at the national and regional levels and in cooperation with the United Nations to contribute by all means to the prevention and eradication of enforced disappearance.

Each State shall take effective legislative, administrative, judicial or other measures to prevent and terminate acts of enforced disappearance in any territory under its jurisdiction.

1. All acts of enforced disappearance shall be offences under

criminal law punishable by appropriate penalties which shall take into account their extreme seriousness.

According to what has been mentioned in the International Convention for the Protection of All Persons from Enforced Disappearance, UN General Assembly No. 61/177 of 20 December 2006 and enforced ion 2010:

1. No one shall be subjected to enforced disappearance.

2. No exceptional circumstances whatsoever, whether a state of war or a threat of war, internal political instability or any other public emergency, may be invoked as a justification for enforced disappearance.

For the purposes of this Convention, enforced disappearance is considered to be the arrest, detention, abduction or any other form of deprivation of liberty by agents of the State or by persons or groups of persons acting with the authorization, support or acquiescence of the State, followed by a refusal to acknowledge the deprivation of liberty or by concealment of the fate or whereabouts of the disappeared person, which place such a person outside the protection of the law.

Each State Party shall take appropriate measures to investigate acts defined in article 2 committed by persons or groups of persons acting without the authorization, support or acquiescence of the State and to bring those responsible to justice.

1. Each State Party shall take the necessary measures to hold criminally responsible at least:

(a) Any person who commits, orders, solicits or induces the commission of, attempts to commit, is an accomplice to or participates in an enforced disappearance;

The Iranian behavior towards a well-known religious personality to the Muslim Community contradicts the Iranian Constitution issued in 1979, according to the clauses mentioned thereto:

The dignity, life, property, rights, residence, and occupation of the individual are inviolate, except in cases sanctioned by law.

The investigation of individuals' beliefs is forbidden, and no one may be molested or taken to task simply for holding a certain belief.

No person shall be arrested unless with the rules of the law, and arrest procedures. When the person is arrested, he should be immediately informed, in writing, the charges and the evidences. The preliminary investigation papers should be sent to the specialized courts within 24 hours, at the maximum, in order to expedite court’s procedures. Any one violates these principles shall be subject for punishment, according to law.

No one can be banished from his place of residence, prevented from residing in the place of his choice, or compelled to reside in a given locality, except in cases provided by law.

Innocence is to be presumed, and no one is to be held guilty of a charge unless his or her guilt has been established by a competent court.

All affronts to the dignity and repute of persons arrested, detained, imprisoned, or banished in accordance with the law, whatever form they may take, are forbidden and liable to punishment.

Referring to previous documents and clauses, the ruling authorities in the Iranian Islamic Republic, as we noticed, violated the legal principles in the international and national laws,

So, we call the United Nations, represented by your esteemed personality, to immediately intervene and call these authorities to release Sayyid Hussein al-Shirazi, because the UN Charter of 1945 stipulated protecting the human rights.

Paragraph 3 of Article 1 stipulated ( To achieve international co-operation in solving international problems of an economic, social, cultural, or humanitarian character, and in promoting and encouraging respect for human rights and for fundamental freedoms for all without distinction as to race, sex, language, or religion; and no differences between males and females).

This despotic inclination of these authorities will lead to disturbing international peace and security, because they are curbing the opposers and negatively stirring the sentiments of millions of moderate Shiites, thus leading the country and the region to worse situations.

Adam’s Center for the Rights and Freedoms is non-profit civil non-governmental organization concerned in protecting rights and freedoms all over the world under the motto ( God honored the sons of Adam) irrespective of color, sex and religion.

It aims to disseminate consciousness and legal culture in the society, as well as providing legal consultations and support.

It encourages using the rights and freedom in peaceful means, as well as observing the violations committed against the persons and groups.

It calls the concerned governments to adopt the human rights principles in different spheres.