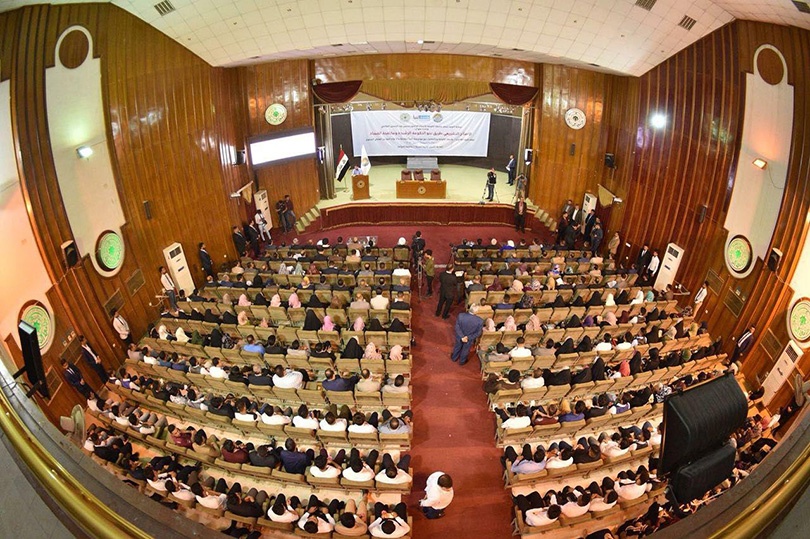 Legislative Reform the Way for Sound Government and Combating Corruption

Annabaa Organization for Culutr and Information, in cooperation with Law College at Kufa University, held today its second annual conference under the motto “Legislative Reform the Way for Sound Government and Combating Corruption”.

The 2-day conference was attended by a number of academic and administrative personalities.

Director of the Organization, Ali al-Talaqani pointed that this conference is a better opportunity to discuss the question of sound rule and combating corruption in the light of the current legislative elections and the future of Iraq.

He added that the sound rule cannot be achieved with without combating corruption, the participation in decision-making and through honest elections.

He stressed that the main problem in Iraq is the corruption, mal-usage of power, weakness of the law and political and administrative corruption, otherwise the poverty, chaos, lack of trust and fragility of the social network.

Mr. Talaqani stated that corruption cannot be eradicated without transparent political will subject for account and hones media to inform the people.

He pointed that the organization is civil non-governmental organization trying to hold conferences for mutual discussions to achieve results that will benefit the three powers (legislative, executive, and judicial) and to rectify the political democratic system.