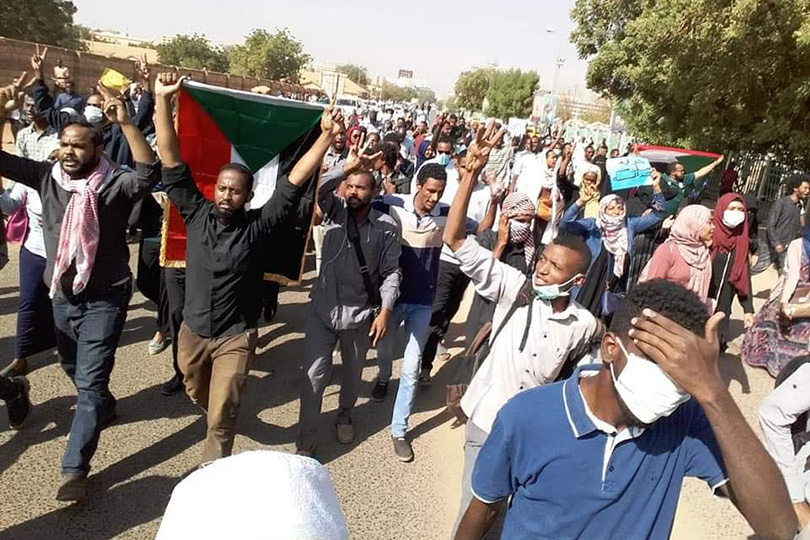 After two months of protests against his rule, Sudanese President Omar al-Bashir has declared a country-wide state of emergency for one year.

In a televised speech on Friday, Bashir also said he had disbanded the central government and dismissed all state governments.

He also called on the Sudanese parliament to postpone the implementation of a constitutional amendment that would allow him to run for re-election in 2020.

Still, Bashir vowed to remain in power until the end of his term to oversee next year's election.

"There is no alternative to dialogue, except dialogue," he said.

Sudan has witnessed almost daily anti-government demonstrations since 19 December, when protesters first took to the streets in anger over an increase in bread prices. The rallies have since evolved into a widespread call for Bashir to step down.

On Friday, Bashir said he will form an executive committee of "national experts" to address the economic crisis.

He added that the demonstrators started with "legitimate demands", but some politicians used them to spread the "venom of hate" and promote divisions.

Bashir expressed sympathy for those who died during the protests, vowing to ensure justice for the victims.

"While awaiting the results of the investigations… I pledge that justice and the law will have the final word," he said on Friday.

The Sudanese Professionals Association (SPA), an umbrella of labour groups that have led the demonstrations, pledged to continue protesting.

"The demands of this revolution are clear ... foremost that this regime and its head step aside, including its repressive institutions", the SPA said in a statement, according to a Reuters report on Friday.

Earlier this month, Sudan's main opposition groups, including the Communist Party and the SPA, issued a joint call for Bashir to step down.

"We have decided on the programme that would take place after the regime falls and (will) hold a constitutional dialogue conference at the end of the transitional period to decide how Sudan will be ruled," Mohamed Mokhtar al-Khatib, the general secretary of the Communist Party, said at a news conference on 14 February.

Bashir, a former army officer, assumed power in 1989 following a military coup and is wanted by the International Criminal Court over charges of masterminding genocide in the Darfur region, which he denies.