Disengaged of shrine brigades from the Popular Mobilization Authority (PMA): other factions fears 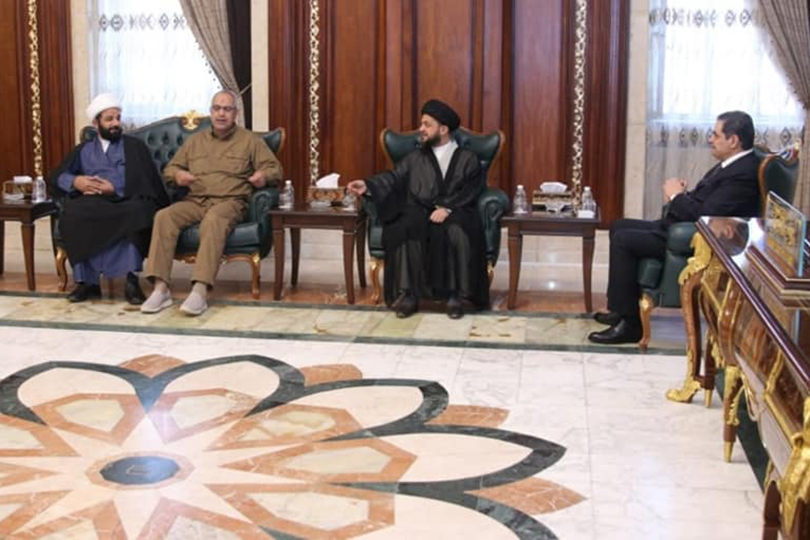 The PMF units was created in 2014 following a fatwa, or religious call to action, from Sistani, to defeat the Islamic State (ISIS) after its occupation of large areas in northwestern Iraq. At the begging, all of the PMF units are armed groups following Ali Khamenei, Iran's Supreme Leader politically and religiously and they fought American forces before their withdrawal in 2011. These groups were exploited religious call to action, from Sistani and cooperated with Iranian-backed political parties and formed the Popular Mobilization Authority.

On the other hand, religious shrines formed military groups following Grand Ayatollah Ali Al-Sistani within PMF. This procedure is to correct the local power balance with the Iranian-backed armed groups inside Iraq.

The US Assassinated top Iranian commander Qassem Soleimani and deputy head of PMA Abu Mahdi al-Muhandis on January in Baghdad. It is represented a new reality for PMF .This reality related with the aim of Iranian-backed militias to dominate on all the PMF units. So they appointed Abd Al-Aziz Al-Muhammadawi (Abu Fadak) as deputy head of the Popular Mobilization Authority.

This appointment is a continuation of the control of Iranian-backed militias over the PMF. Because Abd Al-Aziz Al-Muhammadawi (Abu Fadak) is the leader of Hezbollah's operations and intelligence in Iraq and is an extension of Abu Mahdi Al-Muhandis. So, for this reason and other reasons related with the decrease in its legitimacy and social acceptance of it, and because of its political status and use of violence against demonstrators in Baghdad and other provinces, the leaders of the Sistani-backed brigades contact with defense Minister declared separation from the Popular Mobilization Authority (PMU) and following the Commander-in-Chief of the Armed Forces. These (Shrine Militias) are (Ali Al-Akbar, Ansaar AL-Margi, Al-Abbas and AL-Emam Ali) included the 2nd, 11th, 26th, and 44th and fall under the “command and management” of the commander-in-chief of the armed forces.

Other factions realize that disengaging from Sistani's direction means losing religious legitimacy. The disengagement will Strengthen the statements of (Alhashd Alwalayiyi) Iranian-backed factions on the one hand, and (Alhashd Almarjieii) Sistani's factions on the other hand. These phrases are strongly rejects by Tehran. As well as, fear from disengage other factions from PMA and directly following the command of the Commander-in-Chief of the Armed Forces. This will lead to disintegration and weakening of the PMA then threatens Iranian influence in Iraq.

The assertion of some of the senior Iranian leaders that all the PMF units in Iraq are proxies for Iran, making religious references Ali Sistani aware of the big danger to the future of the modern Iraqi state.

The danger is that Iraq will turn into an Islamic state, and the PMF will turn into a military formation similar to the Revolutionary Guards in Iran. This is rejected by Sistani because it doesn’t agree with him concept of managing political power, and he reject an Islamic state because the religious tyranny (theocratic) is the most dangerous types of tyranny against societies and leads to the oppression of other religions.

The disengagement from PMA emptied Iranian propaganda from its content , and the truth became clear to Iraqi and international public opinion. It became clear that there are national popular efforts led by the Shiite religious reference (Ali AL Sistani) aimed at defeating ISIS, and believes in building a civil state including all the people on the basis of citizenship, not an Islamic state. Also, the disengagement from PMF came to preserve the popular military effort supporting the security forces. Also, it came to isolate the non-state actors and weaken its hegemony ( their political and security influence)