How Would Man Invest His Senses and Energies Positively? 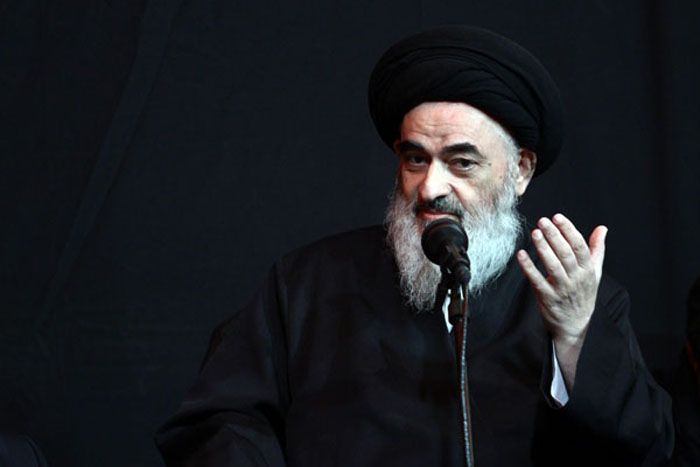 God The Almighty has granted Mankind with great and many merits, most importantly amongst which are understanding, feeling and perception, moreover God has bestowed upon him various energies, intelligence along with visible and latent potentials. All these merits and energies favored Man over other creatures and enabled him to be the master on them with those granted merits given by The Almighty. In return, God The Almighty demands human beings to employ these energies positively in a way that brings benefit to one’s self and to the others and to build life properly so that these works would form a correct preliminary step towards the afterlife.

When Man is granted with all these merits and gifts in understanding, feeling and perception along with the physical potentials, now on the one hand, he has to invest them properly. On the other hand, is to make use of these potentials that must necessarily be invested Man’s energies appropriately and reasonably as he would spend that for the sake of God The Glorious. Bearing in mind that God has given Man these merits and grants with different levels; namely, a preference does exist among people in the obtainment of these potentials, yet Man should exert an acceptable amount of his energies and potentials in the right direction.

The Grand Authority AlShirazi (may Allah sustain his existence) says in one of his lectures: “God The Almighty has granted Man a sense of understanding, feeling and perception in particular amount as Allah states in his book: (And Allah has preferred some of you above others in wealth and properties)”. More importantly, wisdom lies in this preference for the important part is how much effort Man exerts in the path of goodness that harmonizes with what Man possesses of wealth, potentials and energies noting that the word (sustenance) that is mentioned in the holy verse above means what Man obtains of understanding and knowledge.

In confirming the above, the Grand authority AlSirzazi said in the same lecture: “it is reported in Prophetic quote that (sustenance) as mentioned in the holy verse means knowledge, that one could be smarter, more capable of memorization or more perceptive than another. Now, what is important here is how much everyone or every human expends this intelligence and perception for God’s sake?”.

The required amount in doing goodness

In defining the do-for-God’s sake process, the concerned scholars say that this code of conduct simply means all that what Man does for his own sake and for the sake of Mankind in order to preserve the continuity of current life, which makes from us the proper commencing step towards Man’s transition to the afterlife with an outcome of success. When we shed light on the meaning of doing for God’s sake, we come to a conclusion that signifies that The Almighty is merciful to his servants and his creatures; thus it is made an obligation for everyone to act in the sake of goodness on equal levels, provided that these levels are balanced with the amount of energies that God has given Man, hence the more a Man of understanding, perception and feeling can be, the more he should give. That is to say the man of understanding should not be equal to that of less understanding. Upon that, namely Man should participate in developing life and making it better in a way that corresponds with how qualified and capable he is. In this case, the divine reward will include both (the top and the less knowledgeable ones) for what they have produced of their qualifications, merits and potentials as they were required.

The Leading Authority AlShirazi proceeds saying: “two persons might work together for the sake of the family of the prophet’s house (Allah’s peace and blessings be upon them all), as we find out that perhaps the first person works five hours a day, while the other one could work ten hours. In this regard, the divine reward is the same for both of them or even more for the first person. For, the first one might have spent all his energies or worked for five hours being afflicted with financial, social or other problems, while the other works for ten hours without spending all his energies or he might not be troubled with anything”.

Therefore, Man is basically obligated to participate in developing life through investing his senses, perception, understanding and his intelligence in a proper way that accomplishes one’s benefits and the others’. More significantly, a thing done for God’s sake will inevitably serve in the interest of doing goodness. And the latter will definitely contribute in improving life conditions, and will make it more convenient more compatible to Mankind. The better the human life and the more preservative of man’s dignity, value and entity is, the more willing towards doing goodness and the more willing towards doing for God’s sake man will be. Accordingly, it is crystal clear that in the societies where injustice, corruption and transgressions are rampant, in these societies there can be seen a lack of willingness towards rectifying and improving life. In this context, God the Almighty, religious clerks and the grand authorities call us to the important reality of investing our potentials to develop life so that we can eradicate injustice which can make man more susceptible towards deviating from what is right.

Again, there is an ongoing confirmation on the importance nay the inevitability that Man must operate within his ability in a way that goes hand-in-hand with his sensational, perceptive and practical abilities of doing goodness. All together for the sake of improving his own life and the life of the social surrounding that shares with him his life with its minute details. Especially in his creation, Man has been given various and important merits associated with understanding, perception, sense and so on. Therefore, Man must exert extreme effort in this field, as the Grand Authority AlShirazi says in his same lecture: “every Man is given by God the Almighty an amount of energy and ability such as speaking, eyesight, writing, presence, money and so on, how much he would expend for the sake of God the Almighty?”.

“So for this let the competitors compete”

When doing goodness becomes competitive to others, it would become proudest and an open accessible way to develop life, provided that a human self-motive does exist, so he would evaluate and recognize the sentimental and the emotional merits he owns, and then how to employ these abilities in serving himself, others and life in general. The field of competition in doing goodness is widely open to everyone with no exception especially the precepts cited in the Holy Qurani verses signify that.

In this regard, the Grand Authority AlShirazi confirms saying: “every Man must know how much God the Almighty has bestowed understanding, feeling and perception upon him, how much energies God has granted him, and how much Man would expend out of that for the sake of God the Almighty, as the Holy Quran says: (So for this let the competitors compete)”.

Thus, Man is obligated to invest all his energies, granted by the Almighty, properly. For this potentials might be used in the wrong direction, if Man misunderstood it and miss appreciate it, which means serving evil. Understanding, intelligence, sensation and feeling could be tools of deviation from what is right, therefore Man should be aware of committing mistakes and should attain a high level of doing goodness, since all of us are obligated to endeavor and to invest our potentials. Yet, it varies from one to another according to what goodness they give, whether they are acts, sayings or deeds. The best among them will be the Man who invests most of his energies for the sake of God the Almighty.

We read this in the Grand Authority AlShirazi same speech which is directed to Muslims: “every one of you must seek a high level of doing goodness for the sake of God the Almighty. Yet, you might find it difficult; nay it is definitely difficult but possible”. ”you must exert your maximum energies for the sake of God the Almighty” the Grand Authority adds.