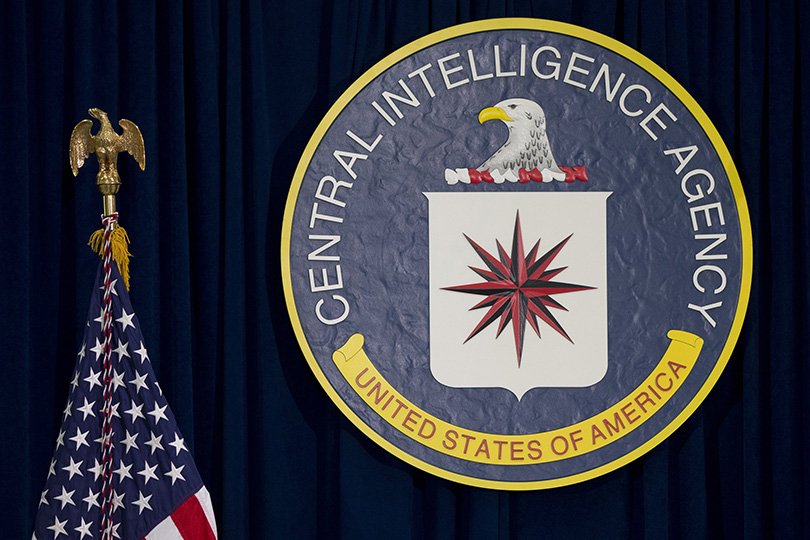 We saw two interesting pieces of that puzzle come out this week.

The New York Times broke a story that reported that top CIA counterintelligence officers sent out a top-secret message to all of its stations in the last couple of weeks that reported dozens of CIA informants have been turned, disappeared, arrested, or killed.

This will put a crimp in recruiting agents as it’s well known that recruiting informants is the best way to earn promotion in the CIA. Factors like unreliability are often ignored in the rush for more agents.

The result has been a score of failures in the generation long war on terrorism. The CIA has been fed false information and some of its assets are working for the opposition.

This is not new. During the Obama Administration, China’s counterintelligence service was able to shred the American spy network in China. The biggest fault was the CIA’s belief that China couldn’t break its communications network. Thus, from 2010 to 2012, the Chinese were able to arrest and execute the bulk of America’s Chinese spy network.

To solve the problem of Chinese working for America, the Chinese set up a task force that broke into the system and rapidly identified the American agents. Over 30 agents were executed, although some sources say that the number is much higher.

As a result of this intelligence coup by China, the US is still trying to rebuild its agent network in China – a long and expensive process. That’s one reason for the push to acquire agents without checking them out.

However, there are many other factors that are hampering the CIA.

The biggest concern, although it wasn’t mentioned in the message, is that there are very likely agents working in the military and intelligence communities – possibly Chinese - that are selling out America’s crown jewels. Some of the Chinese spies that have been discovered in the past few years include Larry Wu-tai Chin, who worked in the intelligence community for 35 years, Glenn Duffie Shriver, and Peter Lee, who worked at the secret Los Alamos National Laboratory.

All these worked in the American intelligence and defense community. However, the biggest (and unmentioned) fear is the possible existence of an operating Chinese mole in the CIA itself.

That is not as impossible as it seems. There is evidence that there are moles in the CIA that may be leaking some of America’s biggest secrets to its enemies, especially Russia, China, Pakistan, and Iran. Why else would dozens of foreigners working for the US suddenly get arrested, imprisoned, and executed? This is driving the CIA’s mole hunt in Langley.

One of the most intriguing undiscovered mole possibilities of the last few decades is one that came out during the arrest and debriefing of the Soviet mole in the CIA, Aldrich Ames. This unknown agent may have blown the covers of dozens of American assets in the USSR in the 1980s.

Although the CIA started hunting for the mole in 1986, it wasn’t until 1994 that they found Ames. He had been the chief of the CIA’s Soviet counterintelligence branch and was ideally positioned to sell out America’s agents in the USSR.

As part of a plea bargain Ames opened about his decade of spying for the Russians. He not only told the interrogators about who he burned, but when he gave their information to the Russians.

Here’s where the story falls apart and the proof of an undiscovered Russian mole in the CIA comes to light.

But Ames hadn’t sold the agent’s identities until June.

That means there was already a Soviet mole in the CIA before Ames – one that hasn’t been discovered in the last four decades. The mole is likely retired or dead by now.

For the CIA counterintelligence group, if one mole could stay hidden for all these years, there is a good likelihood there are others.

True, there were other moles in the CIA. Robert Hanssen and Edward Howard were Soviet agents in the CIA who were spying during the 80s and 90s. However, they didn’t have access to that type of information Ames had, so they couldn’t be the mole.

Although the CIA placed the blame on Ames, the secret that CIA officials don’t talk about publicly is that the American agents were sold out by another Soviet Mole.

“Some of it just didn’t add up,” said former CIA official Milton Bearden. “I remain convinced there was a fourth man. Maybe a fifth.”

John Lewis, a former FBI counterintelligence agent said, “I always thought there was another one…There were certain anomalies that took place that we just couldn’t put our finger on.”

Which means that the CIA letter sent out to CIA stations may not be totally truthful. Although the message blamed technology like facial recognition, those algorithms were well known decades ago and Facebook was using them extensively many years ago.

Is it possible that the message may be covering up the existence of another mole? Yes.

As nationalism has declined, the national loyalty of the past has weakened. Patriotism is considered outmoded. Serving in the secret world of intelligence, without recognition or much money, but for the belief in the superiority of one’s homeland is not in favor today. Selling out one’s country is more acceptable today.

If any nation is at the top of the list for operating a mole in the CIA, it would be China, which has had 36 of its agents convicted of spying in the United States in the past 20 years. China clearly has the interest in penetrating American military and intelligence agencies. They also have the money to spend.

So, why doesn’t the CIA admit it may have a problem with a mole? The answer is politics.

Since 9/11, the CIA has grown in organization, budget, and political power. The once secretive agency was once a government group that kept its low profile. Now it is a Washington political power. It trades in information and leaks, which is frequently the political currency of Washington.

The CIA knows that adding a politician to an intelligence briefing will make for a powerful friend and ally on Capitol Hill.

As with other Washington agencies the CIA isn’t an intelligence agency as much as a bureaucracy that protects its secrets and fellow CIA employees.

The CIA can’t admit that its intelligence is tainted in any way since it produces many of the briefs for policy makers like the president.

And that is its weakness.

Aldrich Ames was clearly a security risk – he was a heavy drinker and spent more money than his CIA salary gave him. Although there were questions about his behavior, Ames had friends and a bureaucracy that was willing to “look the other way.” It didn’t take someone like the fictional George Smiley to spot this security risk.

There is good reason to be suspicious of the existence of a mole in the CIA. When Ames (and possible other moles) sold out America’s intelligence sources in the USSR, only 10 agents were arrested and executed. Others were “lucky” and were merely imprisoned and sent to the Soviet Gulag.

This secret letter that was sent out implies that dozens of US intelligence sources have been arrested and killed in the last few years. That is a tally that is greater than Ames treason.

It’s possible that mere carelessness about security may account for some agents. And some computer technology may be responsible for leading to other arrests. However, when dozens of American agents are gathered up by enemy intelligence agencies, it is unlikely that carelessness is responsible for all of them.

The only question is: who the mole is and if he will be discovered?