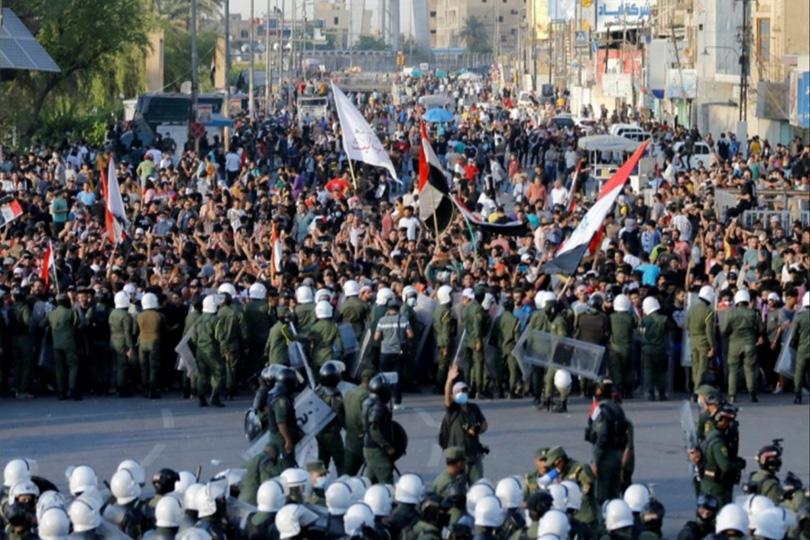 Local residents in Al-Tahreer Square perimeter opened their houses to refuge protesters who fled a violent crackdown executed by a number of armed forces.

Protesters said that they sought refuge in nearby houses escaping the government forces in the allies. It all took place hours after unconfirmed news reported that a protester was killed by live ammunition.

Annabaa can confirm that smoke and stun grenades along with live ammunition were used against the protesters.

The protesters reported that the forces made a quick surprising attack at 6 P.M.

On other news, local sources revealed that tens of protesters are trapped in allies in surrounding places.