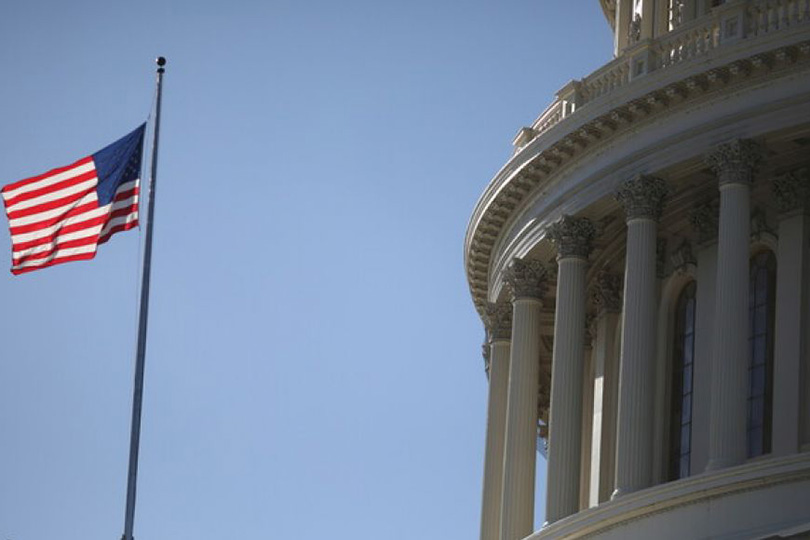 One of the few near- truths in American politics is that the party in control of the White House incurs losses in off year elections. That was true in 2021. However, it’s also true that Republicans did much better than expected in 2021.

Not only did the GOP turn Democratic Virginia, Republican by winning the top three statewide elections (Governor, Lieutenant Governor, and State Attorney General) they also recaptured the House of Delegates from the Democrats.

While there were Democratic wins, there were other surprising GOP victories (or near victories). As of this writing, the race of New Jersey governor appears to have gone for the Democrat by the narrowest of margins, even though New Jersey is a reliable Democratic state. Even the New Jersey Senate President is in a close race with a truck driver, who has never run for office.

Pennsylvania, who went for Biden in 2121, only elected Republican judges this year.

New York City, which is overwhelmingly Democratic, saw four City Council seats go Republican (another one is too close to call). One of the winners, Inna Vernikov, a Ukrainian native, won, in part thanks to Trump’s endorsement and robocalls for her.

These surprising GOP wins were seen across the country. Seattle, a Democratic stronghold voted for the Republican candidate for District Attorney. She had promised to clamp down on rioters who caused damage to property.

Republicans also did surprisingly well in county school board elections, where voters made it clear that they didn’t like school curriculum of racial theory, transsexual politics, and socialism.

And, just as scary for Democratic strategists, the Hispanic vote in Virginia went to Republican Governor elect GlennYoungkin by 54%. Democrats have been counting on Hispanics to be a reliable Democratic voting bloc.

Of course, off year elections typically go for the party out of power since it a way of voicing disapproval of the current party in power’s agenda. But the swing to the GOP was more than mild disapproval this year.

Unfortunately, for the Democrats, the economy is in bad shape – and getting worse. The economy is slowing down (only 2% growth) and inflation is going out of control. And that doesn’t even address supply chain failures and the lack of vital goods on store shelves.

The Biden Administration is claiming that the fault is the Covid pandemic and consumer spending. However, their claim that all problems are due to the Covid epidemic is not convincing to voters.

Another facet of the Covid issue is mask mandates. While Americans were willing to wear masks for a while, they are growing tired of the masks and the forcible vaccine inoculation rules. While Democratic states have maintained mask mandates, Republican states like Florida, have removed them. Most American voters think that the government is going too far in its regulations.

This brings us to the philosophic aspect of this election

A recent Gallup poll shows that Americans don’t trust the federal government to handle domestic and international affairs. Less than a third of those polled say that they are satisfied with the way the nation is being governed. 55% trust the American people more to makes the right decisions. Only 37% trust the legislative branch and only 44% trust the people in public life.

This was seen in the issue that first came up in county school boards, racial theory, transsexualism, sex education, and socialism. But it came to national attention, when some school boards tried to equate the dissent of parents to domestic terrorism and Biden’s FBI started investigating the parents. It peaked when the Virginia Democratic candidate for governor said, “I don’t think parents should be telling schools what they should teach.” Those twelve words probably sunk McAuliffe’s campaign and energized the suburban vote that is normally the swing vote in elections.

The election is over and the damage is done. What is going to happen now?

Biden’s agenda is in tatters now that the political chemistry has changed dramatically. Democratic congressmen and senators can stay the course and take their chances in the next election. For many, they represent safe Democratic districts or states and their continued support of Biden, and his agenda is unlikely to mean a defeat in 2022.

However, the Democrats have razor thin majorities in both the House and Senate, and they can’t afford to lose any votes. And this is where the moderate Democrats are a major threat to Biden.

About 60 House seats are controlled by Democrats but are tossups. These are represented by moderate Democrats, who must look towards their own reelection campaigns. IF they support the current Democratic progressive agenda, they are quite likely to lose. And, since only about 6 seats are needed by Republicans to control the House, the chances for Republican control of the House are very good in 2022. That means that these congressmen and congresswomen must moderate their voting patterns if they want to stay in Washington.

There is another option; retire. Democratic congressmen who have grown used to the power of being chairmen of powerful House committees may not want to stay in a Republican controlled House. Instead, they may very well decide not to seek reelection and take their government pension.

Without the advantage of incumbency, these seats, especially the vulnerable seats, could easily go Republican, especially if the rule holds that the party out of power does well in the mid-term elections.

The thing to watch is who decides to retire in the next few months. Expect more Democratic retirements than one sees in most years.

Who Are the Winners and Losers?

Not all winners and losers were on the ballot. Two winners were moderate Democratic Senators, Senator Joe Machin (D, WV) and Kyrsten Sinema (D, AZ). They had opposed the Biden agenda’s cost despite the attacks by their fellow Democrats.

Machin agreed with GOP Senate Minority Leader, on Wednesday, that economic issues like inflation were a major concern for voters. The senator said, “When you look at southwestern Virginia…That’s my entire state…they’re concerned about inflation, high costs making it more difficult for them.”

The same holds for Senator Sinema, who has been steadfast in holding down the costs of the Biden agenda – a stand that will help her win reelection in 5 years in Republican Arizona.

Another winner is the Virginia Lieutenant Governor elect Winsome Sears, the first Black Woman to win the position in Virginia. She was born in Jamaica and joined the United States Marine Corps. She is a naturalized American. She went into politics after building a successful business. She works in a women’s homeless shelter for the Salvation Army.

If it wasn’t for her status as a naturalized American citizen, she would be a strong candidate for President or Vice President. However, don’t be surprised to see her run for the Senate or even join the Cabinet of a Republican president.

The losers are top level Democratic politicians who went all out to support the Democratic slate in Virginia, only to see their candidates lose. This indicates that people like Senator Schumer, Speaker Pelosi, Obama, and Biden don’t have the “coattails” it takes to bring committed Democratic voters out on Election Day.

One possible victim may be Speaker of the House Pelosi. There are serious questions about her husband’s financial dealings. She is 81 years old and there have been questions about her ability to manage legislation going through that chamber. And, she has faced opposition in the past for the Speaker’s job.

Of course, she may decide to retire before the 2022 election.

There is also the question of Biden, his heath, and his ability to remain in the White House. If he is seen as dead weight to Democratic chances in 2022 or 2024, there may be pressure to force him to retire or to use the 25th Amendment to make VP Harris the Acting President.

Undoubtedly, there are already discussions about Biden’s future in some smoke-filled rooms in Washington now. Who knows what these top-level Democrats are thinking?

Of course, one must keep in mind the political axiom, “A week is an eternity in politics.”