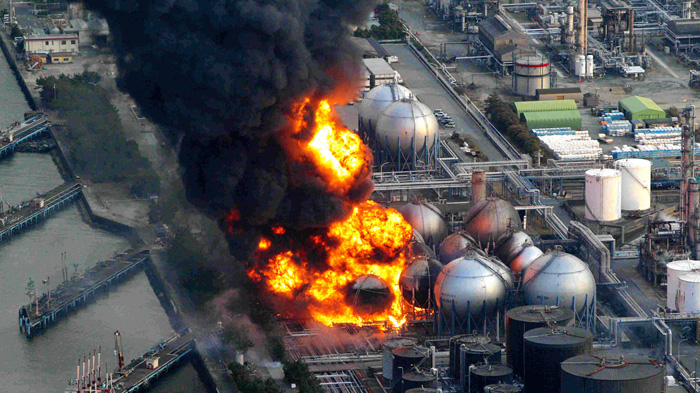 How to Avoid the Next Nuclear Disaster

By David Roberts and Norman Neureiter

Five years ago next month, one of the largest earthquakes ever recorded hit Japan, destroying its long-standing myth of zero-risk nuclear energy. The meltdown at the Fukushima Daiichi plant revealed significant shortcomings in Japan’s safety culture, which the country has since learned from and has been trying to address. Countries charging ahead with nuclear power should heed these lessons to avoid another Fukushima.

In the years since the accident, the Fukushima plant’s damaged reactors have been stabilized through a makeshift water-cooling system, and releases of radioactivity have been greatly reduced. Meanwhile, after decontamination efforts, some of the over 100,000 evacuees have been allowed to return home.

However, despite some notable successes in cleaning up the site, tens of thousands of people are still displaced, work conditions at the plant remain poor, storing the accumulating radioactive water is an ongoing concern, and Japan remains decades away from fully decommissioning the mangled reactors. The total economic damage has been estimated at over $100 billion, and none of the six reactors at Fukushima Daiichi will ever operate again.

There have been no deaths from the effects of the radiation (according to the United Nations Scientific Committee on the Effects of Atomic Radiation, any increase in cancer rates is expected to be too small to detect). On the other hand, forced evacuation is estimated to have played a role in over 1,000 premature deaths, and according to a World Health Organization health risk assessment, as with Chernobyl, the psychological toll of the disaster is a major concern and potentially outweighs other health consequences.

The disaster prompted many other countries to take stock of their own nuclear programs. The take-home lesson for some, including a majority of the Japanese public, was to move away from nuclear power. For example, Germany vowed to phase out all nuclear power by 2022, Italy voted overwhelmingly not to restart its nuclear program, and Switzerland banned the construction of new reactors.

Other nations were hardly slowed in their expansion of nuclear energy. China, India, and Russia lead the way with, all together, more than 40 reactors under construction and over twice as many planned. In their haste, it seems that many of these countries have not absorbed the key lesson from Fukushima: the importance of a rigorous and all-encompassing safety regime.

According to a National Academy of Sciences study, prior to the Fukushima accident, Japan’s nuclear regulatory agencies did not seem to have sufficient expertise, authority, resources, or independence to adequately protect public safety. In hindsight, the problem appears to be a classic case of regulatory capture, reinforced by the common practices of amakudari (descent from heaven), referring to retired powerful public officials being hired into private sector jobs, and amaagari (ascent to heaven), referring to private sector experts moving into government-related positions.

Moreover, the regulatory body was housed in the very ministry charged with promoting nuclear energy, which created a potential conflict of interest. (To avoid similar issues, in 1975, the U.S. Atomic Energy Commission was split to separate the Nuclear Regulatory Commission from promotional functions.)

An independent regulator is not sufficient, though: a strong culture of safety must also be cultivated throughout the nuclear network—from operators and construction workers up to plant owners—as well as throughout the supply chain. Pride must come not just from the megawatts produced; each entity should prioritize public safety when building or operating nuclear plants and maintain alertness through frequent drills for workers at all levels.

The 2011 meltdown turned a spotlight on the flaws in the safety regime of Tokyo Electric Power Co., the Fukushima Daiichi operator. It had falsified reports and fudged safety-related inspections long before Fukushima; it had also failed to update its seismic and tsunami safety standards. To be sure, it is difficult to prepare for an event that seems nearly impossible, such as an earthquake and tsunami of the magnitude that hit Japan, but a superior safety culture can make a difference—some have argued that that was why the reactors at the Onagawa power station, which were slammed as hard as Fukushima Daiichi, remained intact and were safely shut down.

Since the accident, Japan has taken admirable, although incomplete, steps to set up an independent regulator and to improve its safety culture, including by bringing in respected international advisers. Last year, it began gradually to reactivate some of the country’s functioning reactors. Before Fukushima, the more than 50 reactors had provided Japan with some 30 percent of its electrical power, but all were taken offline in the months after the accident.

Of course, Japan is not alone in facing these types of safety-related problems. After dissolving the U.S. Atomic Energy Commission, the United States, the world’s leading producer of nuclear energy, has faced criticism for the amount of influence the industry wields over its rule-making process. South Korea’s nuclear industry, too, has had problems, including a history of falsifying safety documents.

But most worrying are the developing countries entering the huddle. China leads the way, with plans to triple its nuclear-generating capacity by 2020, but its regulator is neither structurally independent nor well staffed. Because an accident has such massive potential for widespread damage, tight quality control is essential. China’s track record in this regard is not promising. For example, in 1987, the crew constructing a nuclear plant near Hong Kong misread blueprints and initially failed to incorporate a large portion of the requisite protective steel, raising questions about competence and oversight.

Some new powers are more prudent, including the United Arab Emirates, which began creating a solid regulatory framework, with a team of international experts to regularly assess the program’s progress, long before its first reactor comes online in 2017.

Others are more cavalier, such as Vietnam, another one-party state with nuclear ambitions and no precedent for any type of independent regulatory entity. Iran, a seismically active country, also has attracted concern over the safety of its current and future reactors and the lack of independence of its regulator, despite the recent nuclear deal with the P5+1 (China, France, Russia, the United Kingdom, and the United States, plus Germany). India is another fast-growing nuclear power, with over 25 reactors either under construction or planned. But it is stuck on the question of regulatory independence since a proposed law on regulation, tabled in reaction to the Fukushima disaster, was not passed by the legislature.

Calls for International Atomic Energy Agency reforms that will require more rigorous international safety checks are welcome, but it must not stop there. Generating nuclear energy should be recognized as a serious responsibility, given the scale of damage and suffering when things go wrong—as the world was reminded five years ago.

Trump Bruited Strike on Iran Civilian Nuclear Facilities, Which May Kill as Many as Did Nuclear Bombing of Hiroshima

Why arrogance is dangerously contagious