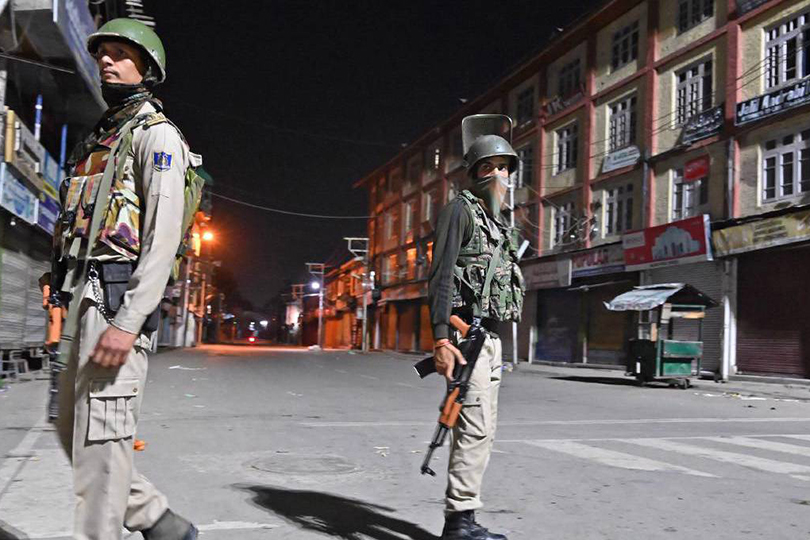 By asserting direct government control over Kashmir, Indias prime minister is remaking the country in the image of his chauvinist party.

By asserting direct government control over Kashmir, India's prime minister is remaking the country in the image of his chauvinist party. The new India is a far cry from the land of Mahatma Gandhi and Jawaharlal Nehru, who preached non-violence, religious co-existence, and the acceptance of difference.

Indian Prime Minister Narendra Modi likes to practice what American generals call “shock and awe.” The last time Modi stunned the country – and was initially applauded for his decisiveness and bold vision – was when he announced, on a few hours’ notice, the demonetization of 96% (in value) of India’s currency. The Indian economy is still dealing with the consequences.

On August 5, Modi shocked India with another announcement that may turn out to be the political equivalent of the demonetization debacle. After seven decades in which both the people of Jammu and Kashmir – India’s only Muslim-majority state – and the international community had been assured that the state would maintain its special status under the Indian constitution, the government unilaterally divided it. Modi’s administration has carved out a union territory in the high plateaux and hills of Ladakh in the eastern half of the state, and reduced the status of the remainder – still named Jammu and Kashmir – from that of a state to a union territory. (A union territory is directly administered by the federal government, though it may have an elected legislature and cabinet, with limited powers.)

Many in India worry that, as with demonetization, the short- and medium-term damage caused by Modi’s decision will greatly outweigh the theoretical long-term benefits. First and foremost is the breathtaking betrayal of Indian democracy: the government has changed the constitutional relationship of the people of Jammu and Kashmir to the Republic of India without consulting them or their elected representatives.

The government claimed that the concurrence of the state of Jammu and Kashmir was obtained (as the Indian constitution requires). But this was based on shameless legal legerdemain. Jammu and Kashmir is under direct federal rule, so “state” was translated to mean the governor appointed by New Delhi. In effect, the government received its own consent to amend the constitution!

Worse, the decision was submitted to Parliament, where the ruling Bharatiya Janata Party (BJP)’s majority guaranteed its prompt passage, without consulting the local political parties. The state’s democratically elected political leaders were placed under arrest for “preventive” purposes. Educational institutions were closed, and communications – television networks, mobile phones, landlines, and the Internet – were shut down. Even if the government can convince skeptics that it is adhering to the letter of the law, its decision betrays the spirit of Indian democracy.

The damage is already becoming apparent. Tourism, the lifeline of Kashmir, has been devastated; decades of effort by Indian governments to reverse foreign governments’ warnings against travel to Kashmir by portraying the region as safe have been undone. The irony is that Modi, on a visit to Kashmir in 2017, had called on the youth of the state (where unemployment is well above the Indian average) to choose between tourism and terrorism. Tourism could have absorbed many of these unemployed youth. But now foreign governments are again issuing advisories, the shikaras (houseboats) are out of business, and handicraft makers and carpet-weavers, the great artisans of Kashmir, are broke. The Amarnath Yatra – a revered symbol of Indian secularism – which annually takes thousands of Hindu pilgrims to a shrine in the snowy north of the state, has been rudely interrupted.

Indians are proud to say Kashmiris are our fellow citizens. But their living conditions today are appalling: stores and gas stations are closed; fuel and other essential supplies are beginning to run out; no communications are available; and people cannot even watch television unless they have a satellite link, which very few do. The vast majority of our Kashmiri fellow citizens are living in a near-total blackout.

Worse, by locking up democratic leaders, the government is creating space for undemocratic forces. The government had claimed that it was winning the battle against terrorism, but now it has given a new lease on life to the terrorists. It has made the state’s mainstream pro-India parties (whose leaders are locked up) irrelevant and powerless to stop the extremists. More misguided young Kashmiris than ever may join them and place more of India’s soldiers in harm’s way. When the US eventually withdraws from Afghanistan and the Taliban’s victory is complete, a large number of idle jihadis will be ready to reinforce Pakistan’s three-decade-long effort to send “militants” to terrorize India. Modi’s government has given them an additional casus belli.

The international consequences are both embarrassing and worrying. In one fell swoop, the government has not only cast aside seven decades of assurances to the international community and the United Nations, but has also angered Pakistan, a hostile neighbor with its own claims upon Kashmir. Pakistan has already downgraded diplomatic relations with India, expelled the Indian high commissioner, stopped all bilateral trade, predictably taken the issue to the UN, and spoken to its foreign friends.

While some governments have expressed understanding for India’s action, it is too early to predict what might happen when the clampdown is eased or lifted (as it must be for the upcoming Muslim festival of Eid al-Adha). Internal disturbances, aided by externally supplied resources, fighters, and weapons, will inevitably increase.

The Modi government has also signaled to the world its abandonment of its previous emphasis on economic growth and foreign investment. Investors, who were already trickling out of India, don’t like war zones; they may now flee in droves. Having initially won power by pledging to put development first, Modi then sought re-election by campaigning as the national security candidate and doubling down on the BJP’s traditional Hindu chauvinism. With his action in Kashmir, Modi is remaking India in the BJP’s image – a far cry from the land of Mahatma Gandhi and Jawaharlal Nehru, who had preached non-violence, religious co-existence, and the acceptance of difference.

Those of us who have long seen India’s democratic diversity as its greatest strength are now confronted by a government that is determined to erase all signs of it and shows scant respect for the constitution. It is an ominous time for India’s minorities and dissenters.