The Closing of the Academic Mind 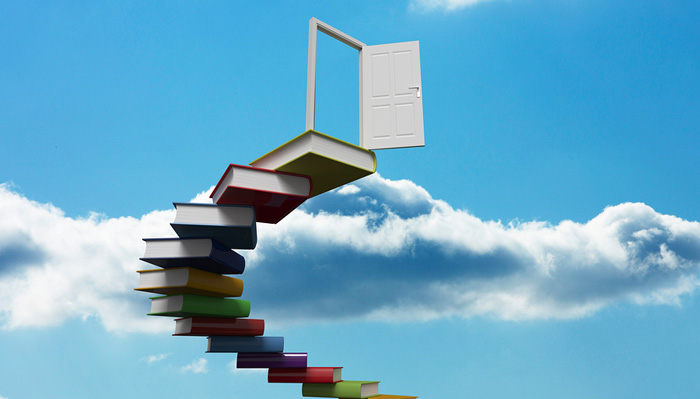 LONDON – I would wager that I have been Chancellor of more universities than anyone alive today. This is partly because when I was Governor of Hong Kong, I was made Chancellor of every university in the city. I protested that it would surely be better for the universities to choose their own constitutional heads. But the universities would not allow me to resign gracefully. So for five years I enjoyed the experience of giving tens of thousands of students their degrees and watching what this rite of passage meant for them and their families.

When I came back to Britain in 1997, I was asked to become Chancellor of Newcastle University. Then, in 2003, I was elected Chancellor by the graduates of Oxford University, one of the world’s greatest institutions of learning. So it should not be surprising that I have strong views about what it means to be a university and to teach, do research, or study at one.

Universities should be bastions of freedom in any society. They should be free from government interference in their primary purposes of research and teaching; and they should control their own academic governance. I do not believe it is possible for a university to become or remain a world-class institution if these conditions do not exist.

The role of a university is to promote the clash of ideas, to test the results of research with other scholars, and to impart new knowledge to students. Freedom of speech is thus fundamental to what universities are, enabling them to sustain a sense of common humanity and uphold the mutual tolerance and understanding that underpin any free society. That, of course, makes universities dangerous to authoritarian governments, which seek to stifle the ability to raise and attempt to answer difficult questions.

But if any denial of academic liberty is a blow struck against the meaning of a university, the irony today is that some of the most worrying attacks on these values have been coming from inside universities.

In the United States and the United Kingdom, some students and teachers now seek to constrain argument and debate. They contend that people should not be exposed to ideas with which they strongly disagree. Moreover, they argue that history should be rewritten to expunge the names (though not the endowments) of those who fail to pass today’s tests of political correctness. Thomas Jefferson and Cecil Rhodes, among others, have been targeted. And how would Churchill and Washington fare if the same tests were applied to them?

Some people are being denied the chance to speak as well – so-called “no platforming”, in the awful jargon of some clearly not very literate campuses. There are calls for “safe spaces” where students can be protected from anything that assaults their sense of what is moral and appropriate. This reflects and inevitably nurtures a harmful politics of victimization – defining one’s own identity (and thus one’s interests) in opposition to others.

When I was a student 50 years ago, my principal teacher was a leading Marxist historian and former member of the Communist Party. The British security services were deeply suspicious of him. He was a great historian and teacher, but these days I might be encouraged to think that he had threatened my “safe space.” In fact, he made me a great deal better informed, more open to discussion of ideas that challenged my own, more capable of distinguishing between an argument and a quarrel, and more prepared to think for myself.

Of course, some ideas – incitement of racial hatred, gender hostility, or political violence – are anathema in every free society. Liberty requires some limits (decided freely by democratic argument under the rule of law) in order to exist.

Universities should be trusted to exercise that degree of control themselves. But intolerance of debate, of discussion, and of particular branches of scholarship should never be tolerated. As the great political philosopher Karl Popper taught us, the only thing we should be intolerant of is intolerance itself. That is especially true at universities.

Yet some American and British academics and students are themselves undermining freedom; paradoxically, they have the liberty to do so. Meanwhile, universities in China and Hong Kong are faced with threats to their autonomy and freedom, not from within, but from an authoritarian government.

In Hong Kong, the autonomy of universities and free speech itself, guaranteed in the city’s Basic Law and the 50-year treaty between Britain and China on the city’s status, are under threat. The rationale seems to be that, because students strongly supported the pro-democracy protests in 2014, the universities where they study should be brought to heel. So the city’s government blunders away, stirring up trouble, clearly on the orders of the government in Beijing.

Indeed, the Chinese authorities only recently showed what they think of treaty obligations and of the “golden age” of Sino-British relations (much advertised by British ministers), by abducting a British citizen (and four other Hong Kong residents) on the city’s streets. The five were publishing books that exposed some of the dirty secrets of China’s leaders.

On the mainland, the Chinese Communist Party has launched the biggest crackdown on universities since the aftermath of the killings in Tiananmen Square in 1989. There is to be no discussion of so-called Western values in China’s universities. Only Marxism can be taught. Did no one tell President Xi Jinping and his Politburo colleagues where Karl Marx came from? The trouble these days is precisely that they know little about Marx but a lot about Lenin.

Westerners should take a closer interest in what is happening in China’s universities and what that tells us about the real values underpinning scholarship, teaching, and the academy. Compare and contrast, as students are asked to do.

Do you want universities where the government decides what it is allegedly safe for you to learn and discuss? Or do you want universities that regard the idea of a “safe space” – in terms of closing down debate in case it offends someone – as an oxymoron in an academic setting? Western students should think occasionally about their counterparts in Hong Kong and China who must fight for freedoms that they take for granted – and too often abuse.

* Chris Patten, the last British governor of Hong Kong and a former EU commissioner for external affairs, is Chancellor of the University of Oxford.