A look at what might happen if Catalonia goes it alone 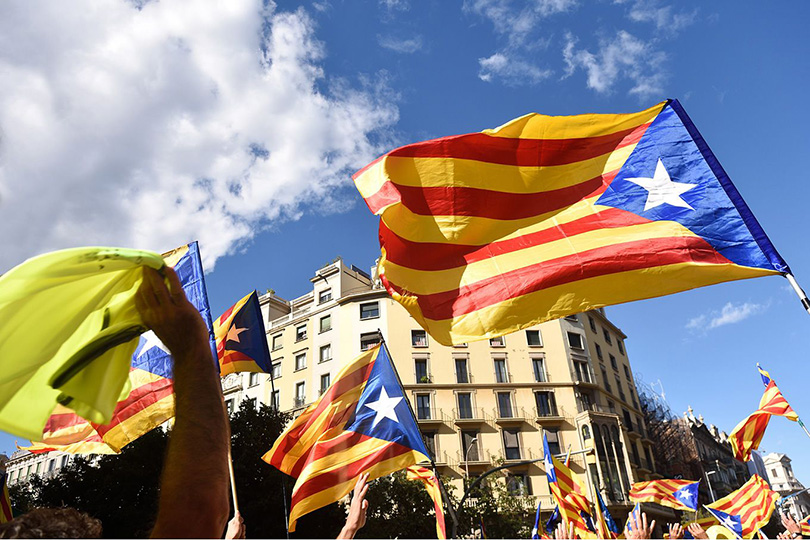 The northeastern region of Catalonia, one of Spain’s autonomous regions, is threatening to declare its independence from Spain following a disputed referendum that, it says, gave it a mandate to break away.

Spain, which declared the referendum illegal and invalid, says it will do all to maintain the country’s unity and keep hold of the region of 7.5 million people centered around the port city of Barcelona.

The two would seem to be about to enter uncharted waters. Here’s a look at how Spain got to this point and what may happen next.

Catalan regional President Carles Puigdemont says he will keep his pledge to declare independence unilaterally following a claimed win for the “Yes” side in Sunday’s disputed referendum.

The pro-independence leader says that under a Catalan law a win with more than 50 percent of “Yes” votes triggers a declaration of independence within 48 hours of the vote, regardless of the fact that the vote was held in extremely precarious circumstances and that turnout — even if true —was less than half of the electorate. That law was suspended by Spain’s Constitutional Court, but Puigdemont and his government seem set to ignore this.

The independence declaration could happen as early as Wednesday or Thursday when the regional parliament meets.

WOULD CATALONIA BE RECOGNIZED AS A SEPARATE COUNTRY?

So far no country or international body has expressed any support for the Catalan government(asterisk)s independence drive, so any declaration of independence is likely to be rejected, at the beginning at least. The European Union is standing solidly behind Spanish Prime Minister Mariano Rajoy and says Catalonia would be expelled from the bloc and the shared euro currency.

Economically it is impossible to predict if it could survive. Catalonia has an annual gross domestic product of about 215 billion euros ($257 billion) — the largest of the Spanish regions and greater than Greece’s — but many of its goods are supplied by the Spanish state.

Besides the removal of Spanish flags from official buildings, it(asterisk)s hard to see what else Catalan authorities could do. The feeling is that the declaration would be a symbolic one. Catalonia does not have security forces sufficient to set up borders and key areas such as taxes, foreign affairs, defense, ports, airports and trains are in the hands of the Spanish government in Madrid. Spain also recently took virtually full control of Catalonia’s spending.

Spain has two main options and both would be painful. The constitution’s Article 155 allows the government to suspend, totally or partially, any region’ self-government if it disobeys its constitutional obligations or attacks the general interests of Spain. Catalonia would first be warned and if it didn’t rectify, the measures decided upon would be put to the Senate for approval, a simple matter for Rajoy as his party has a majority.

Possible measures could include placing the region’s police under Spanish control. If necessary, Spanish police could enforce the measures.

The other, more extreme alternative would be to declare a state of siege, should Spain’s sovereignty be considered under attack — which a declaration of independence might constitute — and this could allow for the suspension of civil rights and imposition of martial law. It would need to be debated and approved by the lower house of parliament, a difficult matter as Rajoy lacks a majority there.

Neither option is likely to happen overnight.

“The situation is really serious in Spain now,” said constitutional law professor Fernando Simon of Spain’s University of Navarra, who said Catalonia was basically already in a state of rebellion. He said either option would mean Spain would enter unknown territory.

Given the current state of affairs this is the most desirable for all, but with neither side backing down, the least likely to happen.

Both sides say they are open to dialogue but both put up conditions unacceptable to the other. Rajoy had insisted he couldn’t discuss a referendum unless the constitution was changed, and invited Catalonia to work on changing it. The Catalan government said its right to self-determination must be respected first before talks could proceed. Catalonia now wants the EU to intervene, an unlikely prospect, and calls for international mediation, something Spain is not likely to agree to.