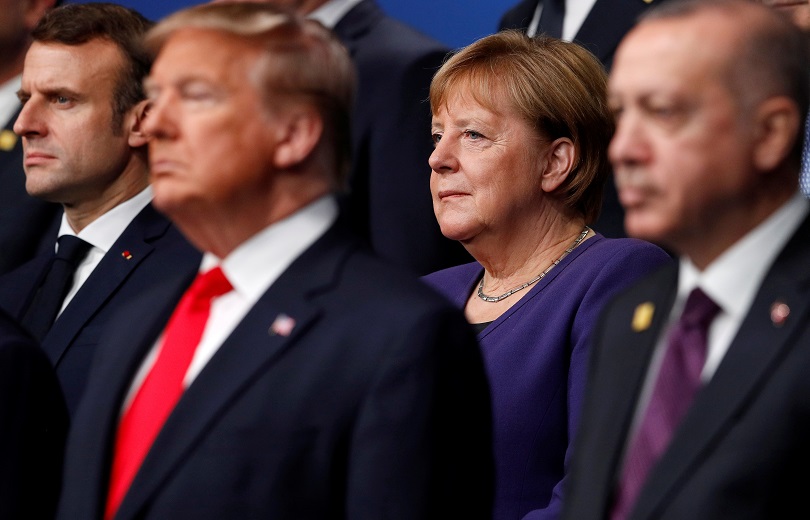 The one — and perhaps only — foreign policy issue on which President Trump and Joe Biden appear to agree is the need to end U.S. involvement in “endless wars” in the Middle East. And who can disagree?

To be sure, American interests in the region have diminished but have not disappeared. Foreign policy planners in both political parties are trying to find new ways to advance U.S. interests — fighting terrorism, supporting allies and pushing back against Russia and China — with a smaller footprint; that is, to do more with less.

Europe can help find an answer. Washington and European capitals can seize the opportunity afforded by the U.S. election to design a humbler but smarter transatlantic engagement in the Middle East, and perhaps repair some of the damage done in recent years.

After the Cold War, the U.S. did not really need or want a strong alliance with Europe in the Middle East and North Africa. Many Europeans didn’t, either. America policed the region, with or without European support. The U.S. invasion of Iraq in 2003, launched despite French and German opposition, sounded the death knell for this unipolar approach.

Europe and the United States were then taken by surprise when the Arab Spring shook the region in 2011. As peaceful uprisings turned into regional conflicts in Libya, Syria and Yemen, American “fatigue” regarding military action and the shortcomings of transatlantic support to democratic transitions created opportunities for large military interventions from Iran, Russia and Turkey, not to mention the eruption of ISIS.

Europe paid a heavy price for its lack of decisive security leverage in its southern neighborhood, including a horrific series of terrorist attacks in its cities and a surge of refugees on its shores. This weakness triggered a slow but steady European reaction, with Germany’s new willingness to “take more responsibility” and France’s proposition to enhance “strategic autonomy” to be able to take quicker and more effective European action, including in the Middle East, in cooperation with the U.S. or alone, when Washington does not want to be involved.

Europe did take more action through some of its member states or at the European Union (EU) level: military contributions to the fight against ISIS in Syria, Iraq and Libya; maritime operations in Libya to monitor the arms embargo and in the Strait of Hormuz to protect trade routes; financial support to Tunisia; the provision of billions of dollars in humanitarian aid in Syria, Iraq and Yemen; and multiple diplomatic initiatives on Iran, Syria, Libya and Lebanon. To do more with less in the Middle East today, the U.S. needs to support similar European efforts in the future.

Cooperation with Europe offers Washington an alternative to either unilaterally leading coalitions as the overstretched superpower, or limiting U.S. foreign policy to preserving narrow interests through transactional deals with Middle Eastern countries.

But Europe cannot be a relevant partner for the U.S. in the Middle East unless it first prepares for the next administration, no matter the election’s victor. Psychologically, the relief some Europeans might feel if Biden is elected could be as counterproductive as any frustration with a Trump second term. If Biden is elected, both sides of the Atlantic may be eager to “fix” the relationship. This push, however, might fall short with regard to cooperation in the Middle East, where Europeans could be tempted to revive the unipolar era of America as the global cop, an approach whose time evidently has passed. On the other hand, if Trump is reelected, the two sides risk entertaining the current transatlantic mismatch, but they still could agree on limited but urgent priorities such as Iran’s nuclear proliferation.

Tactically, Europeans need to present a more unified, but also more effective, front. Based on a better articulation of their national and continental assets in foreign policy, they can further organize themselves into small vanguards of willing and capable members to prepare a set of concrete proposals for the U.S., not only through the E3 — France, Germany and the United Kingdom — on the Iran nuclear deal, but on other crises as well, such as the group formed by France, Germany, Italy and the EU on Libya. They also must concretely address Washington’s bipartisan frustration with an insufficient military commitment to NATO. In return, Washington needs to be more open to European ideas and signal its support of European efforts to strengthen their defense, using all frameworks, including the EU.

What, then, should be the transatlantic agenda in the Middle East?

The U.S. and Europe cannot overreach. An overambitious approach would trigger legitimate criticism about Western pretensions to rule over the region. Moreover, aiming too high likely would result in failure, given the limited resources available in the COVID-19 era. A humbler but more stable commitment would be key to rebuilding positive American and European influence.

Iran should be at the top of the agenda. In addition to nuclear counterproliferation, de-escalation with Iran requires a coordinated push from the U.S. and Europe toward regional dialogues on Iraq, Syria, Yemen and Lebanon. Washington and European capitals can work together to bring Tehran to the negotiating table, while acknowledging vital security concerns in Israel and Gulf countries and using existing leverage such as keeping a limited number of U.S. troops in northeastern Syria. A demanding dialogue with Turkey on Syria, Libya and the Eastern Mediterranean also will be essential for the Middle East, as much as for the future of NATO.

However, Western allies should not only focus on hard security. Based on a renewed engagement with leaders and civil society actors in the region, they can and should help address the region’s structural governance and economic problems that have been amplified by the pandemic. Europeans and Americans are best placed to design ambitious packages of assistance with contributions from multilateral institutions such as the International Monetary Fund or the World Bank, attached to hard reforms regarding the rule of law and human rights.

The U.S. and Europe have lost influence in the Middle East in the past decade. In a region that suffered from European colonization and American hegemony, this is not inherently problematic. The U.S. and Europe nevertheless still have legitimate interests in the region. By rethinking their cooperation in the Middle East and North Africa, they can make a vital multilateral contribution to help address social crises and tensions between regional actors. De-escalation and reform in the Middle East are vital for Europe and essential to the U.S. if a new administration (of either party) really wants to end the “endless wars” and revisit a relationship with the region.