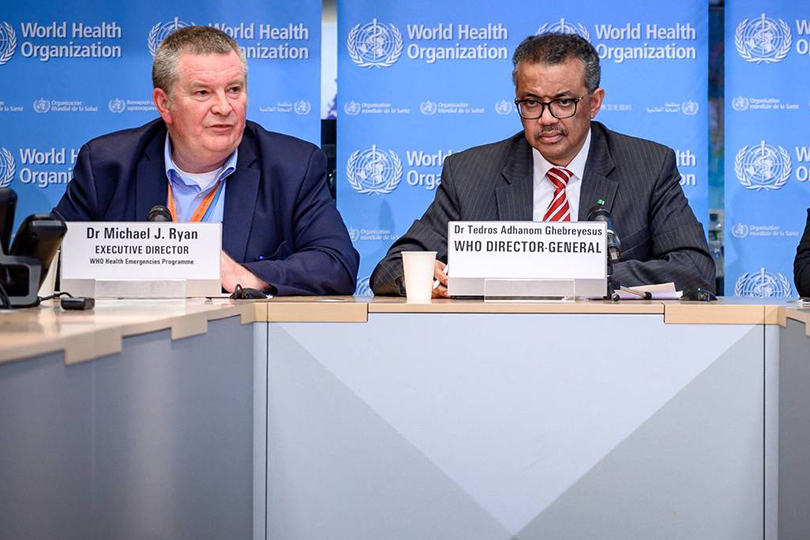 No one should expect the pandemic to alter – much less reverse – tendencies that were evident before the crisis. Neoliberalism will continue its slow death, populist autocrats will become even more authoritarian, and the left will continue to struggle to devise a program that appeals to a majority of voters.

Crises come in two variants: those for which we could not have prepared, because no one had anticipated them, and those for which we should have been prepared, because they were in fact expected. COVID-19 is in the latter category, no matter what US President Donald Trump says to avoid responsibility for the unfolding catastrophe. Even though the coronavirus itself is new and the timing of the current outbreak could not have been predicted, it was well recognized by experts that a pandemic of this type was likely.

SARS, MERS, H1N1, Ebola, and other outbreaks had provided ample warning. Fifteen years ago, the World Health Organization revised and upgraded the global framework for responding to outbreaks, trying to fix perceived shortcomings in the global response experienced during the SARS outbreak in 2003.

In 2016, the World Bank launched a Pandemic Emergency Financing Facility to provide assistance to low-income countries in the face of cross-border health crises. Most glaringly, just a few months before COVID-19 emerged in Wuhan, China, a US government report cautioned the Trump administration about the likelihood of a flu pandemic on the scale of the influenza epidemic a hundred years ago, which killed an estimated 50 million people worldwide.

Just like climate change, COVID-19 was a crisis waiting to happen. The response in the United States has been particularly disastrous. Trump downplayed the severity of the crisis for weeks. By the time infections and hospitalizations began to soar, the country found itself severely short of test kits, masks, ventilators, and other medical supplies.

The US did not request test kits made available by the WHO, and failed to produce reliable tests early on. Trump declined to use his authority to requisition medical supplies from private producers, forcing hospitals and state authorities to scramble and compete against one another to secure supplies.

Delays in testing and lockdowns have been costly in Europe as well, with Italy, Spain, France, and the United Kingdom paying a high price. Some countries in East Asia have responded a lot better. South Korea, Singapore, and Hong Kong appear to have controlled the spread of the disease through a combination of testing, tracing, and strict quarantine policies.

Interesting contrasts have emerged within countries as well. In northern Italy, Veneto has done much better than nearby Lombardy, largely owing to more comprehensive testing and earlier imposition of travel restrictions. In the US, the neighboring states of Kentucky and Tennessee reported their first cases of COVID-19 within a day of each other. By the end of March, Kentucky had only a quarter of the number of cases as Tennessee, because the state acted much more quickly to declare a state of emergency and close down public accommodations.

For the most part, though, the crisis has played out in ways that could have been anticipated from the prevailing nature of governance in different countries. Trump’s incompetent, bumbling, self-aggrandizing approach to managing the crisis could not have been a surprise, as lethal as it has been. Likewise, Brazil’s equally vain and mercurial president, Jair Bolsonaro, has, true to form, continued to downplay the risks.

On the other hand, it should come as no surprise that governments have responded faster and more effectively where they still command significant public trust, such as in South Korea, Singapore, and Taiwan.

China’s response was typically Chinese: suppression of information about the prevalence of the virus, a high degree of social control, and a massive mobilization of resources once the threat became clear. Turkmenistan has banned the word “coronavirus,” as well as the use of masks in public. Hungary’s Viktor Orbán has capitalized on the crisis by tightening his grip on power, by disbanding parliament after giving himself emergency powers without time limit.

The crisis seems to have thrown the dominant characteristics of each country’s politics into sharper relief. Countries have in effect become exaggerated versions of themselves. This suggests that the crisis may turn out to be less of a watershed in global politics and economics than many have argued. Rather than putting the world on a significantly different trajectory, it is likely to intensify and entrench already-existing trends.

Momentous events such as the current crisis engender their own “confirmation bias”: we are likely to see in the COVID-19 debacle an affirmation of our own worldview. And we may perceive incipient signs of a future economic and political order we have long wished for.

So, those who want more government and public goods will have plenty of reason to think the crisis justifies their belief. And those who are skeptical of government and decry its incompetence will also find their prior views confirmed. Those who want more global governance will make the case that a stronger international public-health regime could have reduced the costs of the pandemic. And those who seek stronger nation-states will point to the many ways in which the WHO seem to have mismanaged its response (for example, by taking China’s official claims at face value, opposing travel bans, and arguing against masks).

In short, COVID-19 may well not alter – much less reverse – tendencies evident before the crisis. Neoliberalism will continue its slow death. Populist autocrats will become even more authoritarian. Hyper-globalization will remain on the defensive as nation-states reclaim policy space. China and the US will continue on their collision course. And the battle within nation-states among oligarchs, authoritarian populists, and liberal internationalists will intensify, while the left struggles to devise a program that appeals to a majority of voters.