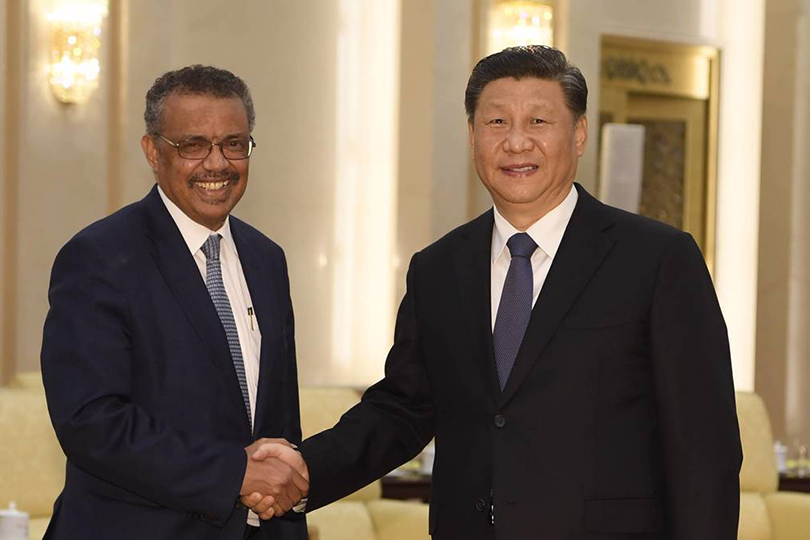 If the World Health Organization is to spearhead international health policy and respond to disease outbreaks effectively, it must pursue deep reforms aimed at broadening its jurisdiction and authority. That won’t happen unless and until the WHO rebuilds its credibility, beginning with new leadership.

The COVID-19 pandemic, much like a major war, is a defining moment for the world – one that demands major reforms of international institutions. The World Health Organization, whose credibility has taken a severe beating of late, is a good place to start.

The WHO is the only institution that can provide global health leadership. But, at a time when such leadership is urgently needed, the body has failed miserably. Before belatedly declaring the COVID-19 outbreak a pandemic on March 11, the WHO provided conflicting and confusing guidance. More damaging, it helped China, where the crisis originated, to cover its tracks.

It is now widely recognized that China’s political culture of secrecy helped to turn a local viral outbreak into the greatest global disaster of our time. Far from sounding the alarm when the new coronavirus was detected in Wuhan, the Communist Party of China (CPC) concealed the outbreak, allowing it to spread far and wide. Months later, China continues to sow doubt about the pandemic’s origins and withhold potentially life-saving data.

The WHO has been complicit in this deception. Instead of attempting independently to verify Chinese claims, the WHO took them at face value – and disseminated them to the world.

In mid-January, the body tweeted that investigations by Chinese authorities had found no clear evidence of human-to-human transmission of the virus. Taiwan’s December 31 warning that such transmission was likely happening in Wuhan was ignored by the WHO, even though the information had been enough to convince the Taiwanese authorities – which may have better intelligence on China than anyone else – to institute preventive measures at home before any other country, including China.

The WHO’s persistent publicizing of China’s narrative lulled other countries into a dangerous complacency, delaying their responses by weeks. In fact, the WHO actively discouraged action. On January 10, with Wuhan gripped by the outbreak, the WHO said that it did “not recommend any specific health measures for travelers to and from Wuhan,” adding that “entry screening offers little benefit.” It also advised “against the application of any travel or trade restrictions on China.”

Even after China’s most famous pulmonologist, Zhong Nanshan, confirmed human-to-human transmission on January 20, the WHO continued to undermine effective responses by downplaying the risks of asymptomatic transmission and discouraging widespread testing. Meanwhile, China was hoarding personal protective equipment – scaling back exports of Chinese-made PPE and other medical gear and importing the rest of the world’s supply. In the final week of January, the country imported 56 million respirators and masks, according to official data.

By the time the WHO finally labeled the epidemic a public-health emergency on January 30, travelers from China had carried COVID-19 to far-flung corners of the world, including Australia, Brazil, France, and Germany. Yet, when Australia, India, Indonesia, Italy, and the US imposed restrictions on travel from China, WHO Director-General Tedros Adhanom Ghebreyesus roundly criticized the actions, arguing that they would increase “fear and stigma, with little public-health benefit.”

At the same time, Tedros extolled Chinese President Xi Jinping’s “very rare leadership” and China’s “transparency.” The bias has been so pronounced that Japanese Deputy Prime Minister Taro Aso recently noted that, for many, the WHO is looking more like the “CHO” – the Chinese Health Organization.

Yet, despite the WHO’s repeated deference to China, the authorities there did not allow a WHO team to visit until mid-February. Three of the team’s 12 members were allowed to visit Wuhan, but no one was granted access to the Wuhan Institute of Virology, the high-containment laboratory from which a natural coronavirus derived from bats is rumored to have escaped. In fact, a study conducted at the South China University of Technology in Guangzhou with support from the National Natural Science Foundation of China concluded in February that “the killer coronavirus probably originated from a laboratory in Wuhan” working on bat coronaviruses.

China did not always enjoy deferential treatment from the WHO. When the first twenty-first-century pandemic – severe acute respiratory syndrome (SARS) – emerged from China in 2002, the agency publicly rebuked the Chinese authorities for concealing vital information in what proved to be a costly cover-up.

Why has the WHO changed its tune? The answer is not money: China remains a relatively small contributor to the WHO’s $6 billion budget. The issue is the WHO’s leadership.

Tedros, who became the agency’s first non-physician chief in 2017 with China’s support, was accused of covering up three cholera outbreaks while serving as Ethiopia’s health minister. Nonetheless, few would have imagined that, as WHO chief, the microbiologist and malaria researcher would be complicit in China’s deadly deception.

The WHO’s faltering response to the 2014 Ebola outbreak underscored the imperative for reforms before Tedros was at the helm of the agency. But, rather than overseeing the needed changes, Tedros has allowed political considerations to trump public health.

As the costs of the mismanagement continue to mount, a reckoning is becoming all but inevitable. An online petition calling for Tedros to resign has garnered almost a million signatures. More consequential, President Donald Trump’s administration has suspended the WHO’s US funding, which accounts for 9.2% of its budget.

The world needs the WHO. But if the agency is to spearhead international health policy and respond to disease outbreaks effectively, it must pursue deep reforms aimed at broadening its jurisdiction and authority. That won’t happen unless and until the WHO rebuilds its credibility beginning with new leadership.