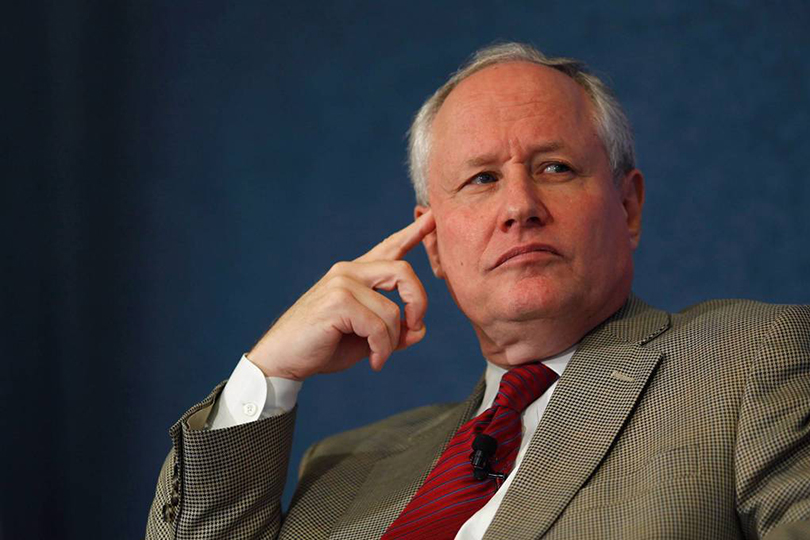 US President Donald Trump's most trenchant critics are not to be found on the political left. The most effective assaults are coming from the political right, where "Never Trumpers" are openly supporting Joe Biden, the Democratic challenger in November's election.

For a while now, the most interesting critiques of US President Donald Trump and Trumpism have come from the right. By right, I don’t mean alt-right, radical right, evangelical right, or racist right, but true conservatives who have voted or worked for Republican presidents in the past.

These Republican “Never Trumpers” include the journalist David Frum and Peter Wehner (like Frum, a former speechwriter for President George W. Bush), and the members of the Lincoln Project, whose trenchant videos have gotten under the president’s skin. Conservative columnists, such as Ross Douthat or Bret Stephens of the New York Times, or the Washington Post’s Jennifer Rubin, should be included as well – and they have also been consistently more thought-provoking on Trumpism than their more progressive colleagues.

Above all, I think the anti-Trump conservatives don’t moralize as much as people on the left tend to do, and there is less snobbery. Trump is pilloried constantly in the higher liberal end of American journalism for his vulgar tastes, coarse manners, and primitive grasp of the English language. But these aspects of the man, though distressing, are not the most dangerous things about him.

Conservatives, real conservatives, are usually tenacious defenders of institutions. They wish to conserve, after all. That is why they were often quicker than others to see that Trump is not a conservative at all, but a cynical destroyer of norms, conventions, and foundations. If he had any conviction at all, which is doubtful, Trump would be a revolutionary.

People on the radical left have been less effective as Trump critics, because they fail to see his unique dangers. To them, he is, at worst, the nasty, snarling face of a system they reject anyway. Trump is merely the symptom of something deeply rotten in US liberal democracy, which was always rigged in favor of the rich, the white, and the male. To some of them, Joe Biden, Trump’s presumptive Democratic challenger in November’s election, may be marginally more acceptable, but not in any way a solution.

There may indeed be something rotten about US-style capitalism and America’s long history of racism and sexism – problems that are, alas, endemic in many societies, quite a few of them neither capitalist nor democratic. And activists should be applauded for trying to put these iniquities right. The risk is that the important questions of race and identity can easily distract attention from the particular dangers that Trump poses to the republic.

Mainstream liberals and Democrats see these dangers clearly, but they are often less effective as propagandists than people on the right. This may have something to do with the nature of liberalism itself. Liberals are by nature anti-ideological and more inclined to compromise, or at least to place their trust in reason and enlightened self-interest. When dealing with Trumpism, a well-reasoned argument is not as successful as a well-aimed body blow, especially below the belt.

Most of the Never Trump conservatives are not like the mainstream, compromising liberals. Some are highly ideological. This is true, for example, of the so-called neo-conservatives, such as William Kristol, former vice president Dan Quayle’s chief-of-staff and editor of the now-defunct The Weekly Standard. His protest against Trump’s populism bears a whiff of hypocrisy, given that it was Kristol who first championed the proto-Trumpian Sarah Palin as John McCain’s running mate in 2008.

One reason neo-cons like Kristol hate Trump is the current president’s reluctance to use military force to spread US-style democracy around the world. Kristol, like David Frum and others, was a vocal supporter of the Iraq War. And, as a defender of US-style democracy, he sees Trump as a serious threat. This combination of conservative conviction and ideological evangelism makes him a formidable street fighter against Trumpism.

The question is whether the temporary alliance between conservative Never Trumpers and liberals will outlast Trump. The leftward trend in the Democratic Party, fueled by generational, racial, and sexual aspirations, suggests that many people who will vote for Biden to get rid of Trump will not be satisfied with a “return to normal.” Restoring the pre-Trump status quo is not their goal. Biden appears to realize this. He has called himself a transitional president, and not just because of his age.

Conservatives would probably resist a transition to the America envisaged by US Senator Bernie Sanders and his leftist supporters. Yet the pressure on Biden, if he should deliver us from Trump, to move in the direction of European social democracy – with nationalized health care, progressive taxation, and income redistribution – will be strong.

This could break the anti-Trump alliance apart, which might not be a bad thing. After all, even as the Democrats move to the left, the true conservatives might claw back the Republican Party from destructive zealots. Of course, this would happen only if Trump and the Republicans lost by a landslide (which could also be the only way to dislodge him from the White House).

There might be a different outcome, however, which would be even better. What is needed in the US, especially once the depression hits, is another New Deal. Franklin D. Roosevelt initiated his New Deal as a pragmatist, not as a left-wing idealist.

FDR was no Bernie Sanders. But he realized that the government had to step in to save capitalism. The Never Trumpers might just come to the same conclusion. Neither the revolutionary left nor the far right would be happy with this outcome. That may be the best argument for it.