The Neglected Water and Sanitation Crisis 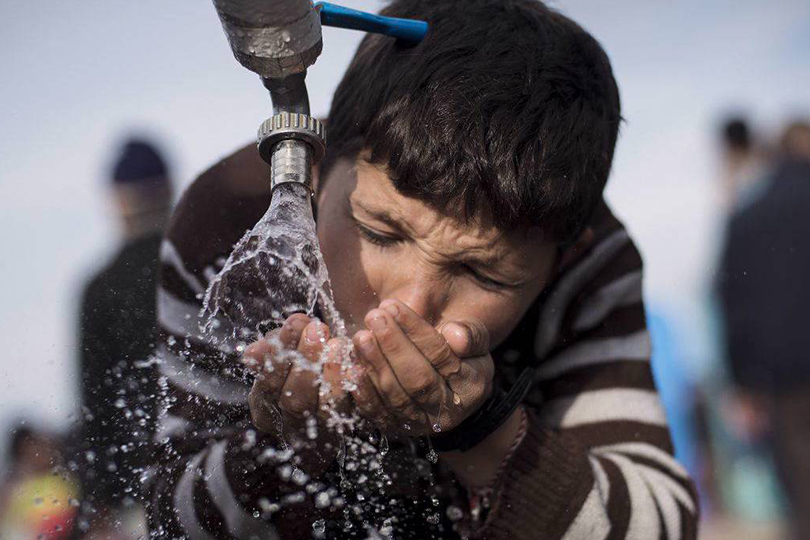 As we all know now, hand washing is one of the best frontline defenses against the virus that causes COVID-19. Yet three billion people...

As we all know now, hand washing is one of the best frontline defenses against the virus that causes COVID-19. Yet three billion people – almost half of the world’s population – lack access to basic hand-washing facilities.

The COVID-19 crisis has laid bare the importance of access to clean water, sanitation, and hygiene. As we all know now, hand washing is one of the best frontline defenses against the virus. Yet three billion people – almost half of the world’s population – lack access to basic hand-washing facilities, around one-third (2.2 billion people) do not have access to safe drinking water, and almost twice as many (4.2 billion) go without safe sanitation services of any kind.

The situation is even worse in the Pacific Islands, where the share of the population without secure access to potable water is twice that of the global average, and where sanitary indicators are lower than in Sub-Saharan Africa. As we are seeing in countries like Papua New Guinea, the absence of facilities for maintaining basic hygiene makes it incredibly difficult to combat the virus once it takes hold.

Yet despite our knowledge of the problem, water and sanitation continue to slide down the political agenda globally. Politicians are rarely as eager to open a wastewater plant as they are to cut the ribbon in front of a new school or hospital. But the problem is not so much a lack of political will as an inability to seize political opportunities. After all, it is hard to think of any other government service as important as the delivery of clean water and sanitation.

The real problem, in fact, is finance. For too long, governments have seen water and sanitation as a drain on national budgets rather than as an investment opportunity. As a result, they have traditionally relied on taxes, tariffs, and transfers to subsidize the sector. And though people are often willing to pay for access or improvements to these services, the utilities struggle to cover the costs of basic operations or maintenance without additional support.

This makes no sense politically, considering that people desperately want and need these services. But it also makes no sense economically. The losses associated with inadequate water and sanitation services currently total some $260 billion (1.5% of global GDP) per year, whereas every dollar invested in water and sanitation brings a four-fold return in health, economic, and educational outcomes – all of which can serve a government’s broader economic and social agenda.

The biggest challenge is to persuade governments to view the sector as assets that will yield high economic and financial returns without breaking the bank. Such a shift in mindset will also lend momentum to other long-needed reforms. There are ample opportunities for improvement in sector planning and management, subsidy targeting, cost-recovery policies, and tariff regimes, as well as a need for new earmarked taxes and other options for cross-subsidization.

Some governments are already pursuing these opportunities. Indian Prime Minister Narendra Modi’s Swachh Bharat Mission, for example, has helped focus national attention on water and sanitation issues, as have recent efforts by President Muhammadu Buhari in Nigeria. Meanwhile, other governments have expanded access to repayable finance mechanisms designed to reduce risk and pool financial resources at a national, municipal, or household level.

For example, in Kenya, the national water regulator has worked with the World Bank to adopt “shadow credit ratings” with which to attract more financing. In Indonesia, the government has used grants for lower-income households to improve services for those who need it most. In Peru, a mix of incentives and direct assistance is being used to improve local governments’ delivery of services. And in countries like Kiribati and the Marshall Islands in the Pacific Ocean, governments have secured access to new climate funds, or used social-impact bonds to bring in additional sources of finance.

These and similar financing options have now been compiled in a practical new handbook for governments. Published by the United Nation’s Partnership on Sanitation and Water for All, Water and Sanitation: How to make public investment work provides real-world examples to show political leaders how they can secure additional finance for water and sanitation in ways that are both politically and economically sensible.

Without a course correction, the challenges facing this critical sector will only escalate as climate change, rolling global health emergencies, and other systemic risks continue to build. The COVID-19 pandemic has deepened the plight of financially struggling service providers around the world. But the crisis also represents a rare opportunity to see and do things differently.

Because water and sanitation are central to the emergency response, world leaders and finance ministers are all the more justified in pursuing immediate action on this front, including at the World Bank and International Monetary Fund’s annual meetings next month. Investing in water and sanitation creates jobs, boosts business, and reduces the long-term burden on government budgets. But, more to the point, it radically improves people’s lives, particularly those of women and girls.

For those in political office, there are not many opportunities where a single investment can reduce premature deaths and illnesses, increase life expectancy, improve quality of life, and ensure the privacy, safety, and dignity of all. But investing in water and sanitation does all of these things and more.

It is time for policymakers around the world – from donor governments and international financial institutions to national banks and local cooperatives – to seize the opportunity that this crisis has created. There is a rich offering of financing options on the menu, and the potential rewards are enormous.

Will Inflation Make a Comeback?