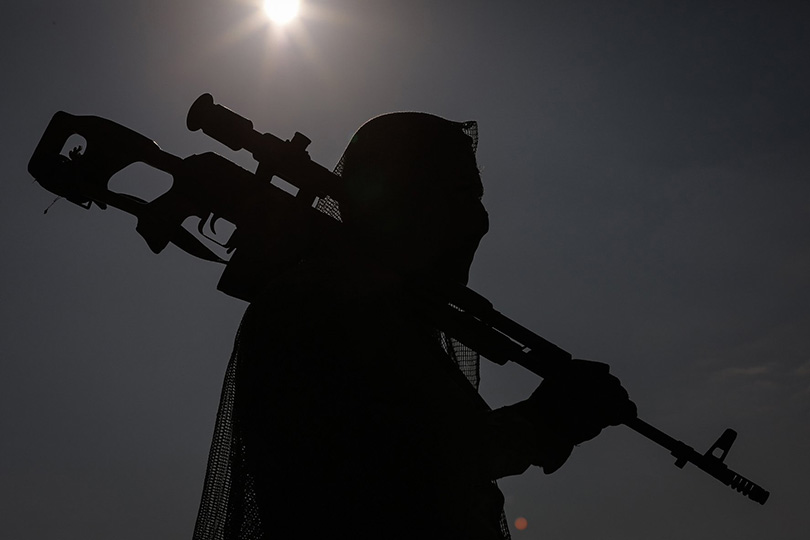 A glimpse of hope was seen with the new government formation of Al-Kadhemi that coincided with ending the threat of ISIS. Yet, no possible settlement for any political operation that disregards Iraqis’ future and security. Our cities are heavily armed on each part, confrontations arise once in a while, not to mention the assassination of protesters on different occasions.

Constant attempts of militarization, institutions’ corruption, and altering the national identity of the Iraqi people, who are racing with the time in an attempt to retrieve their country and preserve the statehood or standstill and watch the militias and corruption abduct it and be haunted by remorse.

The powerful parties have invested in building military capacities and forming militias in different cities in time the country needed infrastructure and cultural investments that should help in evolving the Iraqi individual who embodies power and authority to support those parties or impeach them.

A complicated roadmap to follow, yet possible to achieve since we needed today more than ever. We paid an exorbitant price for those sectarian and nationalist parties’ attempts to abduct the state.

Two conflicting projects are clearly manifested in Iraq, the first one aims to fuel conflicts as the state has only a mere presence in it. The other project is based on retrieving the state’s institutions and building a modern federal state as stipulated in this Constitution.

Our hope lies in the next election and a new government, yet this is not the end for the citizens, but a step forward to re-establish the state’s rule and function.