Lessons learned – Or lessons that should have been learned and implemented 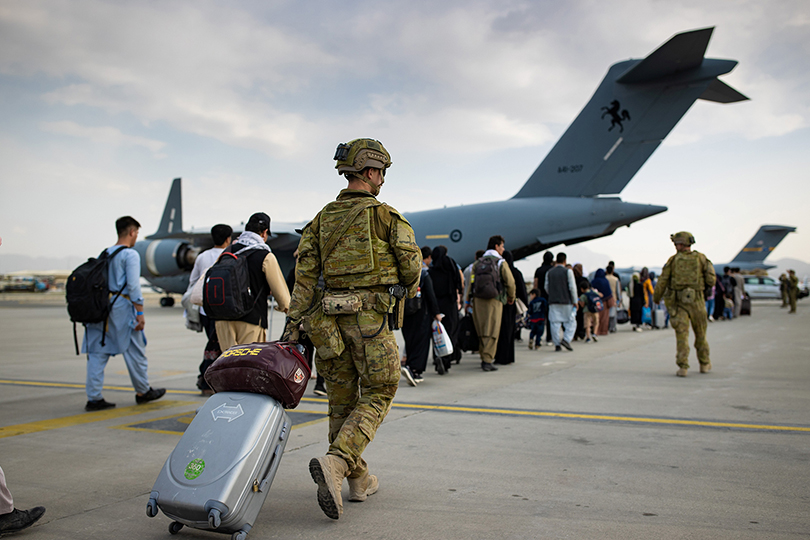 Lessons learned – Or lessons that should have been learned and implemented

On August 31st, US forces left Kabul after 20 years. Although the White House called the final evacuation “an extraordinary success,” it was considered by everyone else, including America’s allies, as a disaster.

Maybe, instead of listening to Biden and White House spokesmen, one should listen to the words of British Prime Minister concerning the Dunkirk evacuation that saved over a third of a million soldiers. Churchill said, “We must be very careful not to assign to this deliverance the attributes of a victory. Wars are not won by evacuations.”

Churchill also called the British and French military operations in northern France and Belgium that led up to Dunkirk, “a colossal military disaster.”

The planners of the Dunkirk evacuation had only a few days to plan the evacuation, while the US military had months. The US had total control of the air, while the British were constantly attacked by German aircraft. While thousands of bureaucrats were mismanaging the Kabul evacuation, it took less than 200 military personnel (commanded by a mere British naval captain) to successfully manage the Dunkirk evacuation. And the time it took to leave the Dunkirk beach and arrive in Britain was just as long as it took American cargo aircraft to leave Kabul and fly to Qatar.

If there is one overriding lesson that the US should learn is that the US military has grown fat and bloated – especially at the top?

More generals don’t mean better advice for the Commander-in-Chief. In fact, the corps of American flag officers is full of officers concerned less about American security than advancing their own career.

These career minded generals and admirals are called “ticket punchers.” They are concerned with getting into the right military training courses and positions to make their military record look attractive to the boards that pick flag officers. In many cases, that leaves the US with flag officers with no combat experience, even though they are managing major operations like the war in Afghanistan.

An excellent example of “ticket punchers” is the two senior people in the Pentagon – Secretary of Defense Lloyd Austin and General Mark Milley. Although there were many opportunities to lead men in combat in their early years as junior officers (Grenada, Panama, Kuwait, and Kosovo), both have avoided any chance to lead men into the heat of battle. Rather, they gravitated towards staff positions, where they made the personal contacts necessary to be promoted.

The Chairman of the Joint Chiefs of Staff, the senior military officer and the chief military advisor to the president was initially an assistant Battalion Maintenance Officer for an armored unit with the 82nd Airborne. Although the 82nd was in the conflict in Panama, Milley’s unit isn’t listed as being in combat, even though he has a Combat Infantryman Badge. He wears a Ranger tab because he went to Ranger school, but he never was a part of the 75th Ranger Regiment, which means he was never officially a Ranger. He also wears a Special Forces tab, although he only attended the school and never became an official member of the Special Forces.

SecDef Austin has a record that is worse than Milley’s. As a black officer, he was shuttled between staffs to fill diversity quotas. As a flag officer, he was responsible for the growth of ISIS, which he once called a “flash in the pan.” He insisted that ISIS should be fought in Iraq instead of Syria and conceded that his plan to train Syrians to fight ISIS was not successful.

Austin also has the Ranger Tab, although he isn’t a Ranger.

Compare these two to the US general in charge of the war to recapture Kuwait, General Norman Schwarzkopf. Schwarzkopf served in combat in Vietnam as a junior officer. He left a position as instructor at the Military Academy at West Pont to volunteer to go to Vietnam. During his tour, he was involved in heavy combat several times – including braving heavy Viet Cong fire to personally bring in injured solders.

During two tours in Vietnam, he gained a reputation as a combat commander who led his troops in battle and fought in the center of the action. He won three Silver Stars and two Purple Hearts for being wounded in combat.

Milley and Austin together combined have only one Silver Star and no Purple Hearts. They also don’t have any experience commanding a small unit in combat. No wonder they didn’t know how to set up an efficient evacuation.

No wonder there are calls for both to resign.

Another problem with the US military is its fascination with Special Forces. In Vietnam, there would only be a couple of hundred Navy SEALS and a few hundred Green Berets in the country.

Today, the Special Forces Command numbers over 70,000. There are many questions about how effective these new SF soldiers are compared to the SF troops of 50 years ago.

One problem with SF forces is that they are geared for raids, not holding ground. It is the ordinary soldier who holds ground. And no matter if it is Germany or Afghanistan, victory goes to those who can hold ground. In this case, it was the Taliban.

Another problem is the unclear chain of command. By law, orders go from the president to the Secretary of Defense, and then to the combat commanders. However, in the last month, the State Department would issue orders to the military in Kabul even though they had no authority. The confusion was responsible for much of the confusion on the ground and numbers of refugees who couldn’t board an aircraft.

Despite the White House and Pentagon insisting that the War in Afghanistan and the Kabul Evacuation were successes, the American people know that America has suffered a serious defeat. Biden’s favorability ratings have plummeted in the last two weeks and polls show that many Americans think Biden should resign.

This indicates that the momentum for the Republicans winning either (or both) the House and Senate are strong, especially since mid-term elections usually go to the party out of power.

The Democrats are playing for time. They barely control both the House and Senate, and they know that the Republicans can’t force Biden out of office. They are counting on voters forgetting the disastrous evacuation of Kabul and focusing on ending the war.

However, there are a few factors that may play against the Democrats. First is the image of Afghans trying to hold on to a cargo plane that is taking off. That is just as powerful as the image from Vietnam of Americans evacuating from the roof of the American embassy in Saigon. The idea of Americans and American allies desperate to get out of Kabul, while Biden leaves them to the Taliban will encourage voters to vote Republican.

In addition, Biden lost, and Americans don’t like losers.

The second factor is Biden’s declining mental health. His public performance during the Kabul evacuation was bad as he stuttered, couldn’t answer questions, and made it clear that others are running the White House.

Senility doesn’t improve. It only gets worse. That means that the chances that a senile Biden will hurt Democrat chances in 2022 are getting better and better. And, as Biden’s ability to hurt the Democratic Party grows, the option of using the 25th Amendment to remove Biden becomes a more viable option for them.

The problem of VP Harris invoking the 25th Amendment to become Acting President is that she would relinquish the position of Senate President and the ability to cast the tiebreaking vote. That would make it hard for her to govern.

The third factor is that a weak, senile president only encourages other nations to test the US. Iran, North Korea, China, and Russia are watching Biden to see if they can take a foreign policy gamble like China trying to control Taiwan, Iran becoming a declared nuclear power, or further Russian encroachment in Ukraine. Any of these would only lessen the chances that the Democrats can hold either the House or Senate.

The final factor is the economy, which is heading into a double-digit inflation that would be as bad as the late 1970s.

Since the chances of removing Biden is slight and the chances of Biden sinking more and more into senility are growing, we may see a soft secession occur in the United States. Some Republican governors are opposing federal mandates for everything from masks to firearms. As Biden becomes politically weaker, these governors may take advantage of the situation by ignoring federal mandates or regulations.

Currently, both Texas and Florida are the states taking the strongest stand against federal regulation. There are also several other states that would join if success were guaranteed. Since some parts of the nation are already favoring leaving the US, this is a strong possibility.

Federal options are limited. Biden could call an emergency and call-in federal troops and law enforcement agents, but that could lead to a firefight that could spread into an insurrection just as the Battle of Lexington and Concord did.

Biden could also ignore the issue and let the states reclaim some of the powers that are included in the US Constitution but have been ignored since the Civil war.

Many politicians believe the best alternative is to, “Kick the can down the road.” That would mean waiting until the mid-term elections and hoping for a Democrat win. However, given the economy, foreign policy defeats, and the president’s mental capacity, this would be a long shot.

However, politicians aren’t known for picking the best option. They tend to kick the can down the road. That means the US will muddle along until November 2022, while America’s rivals take advantage of the situation.