The Problem with Politicians as Historians 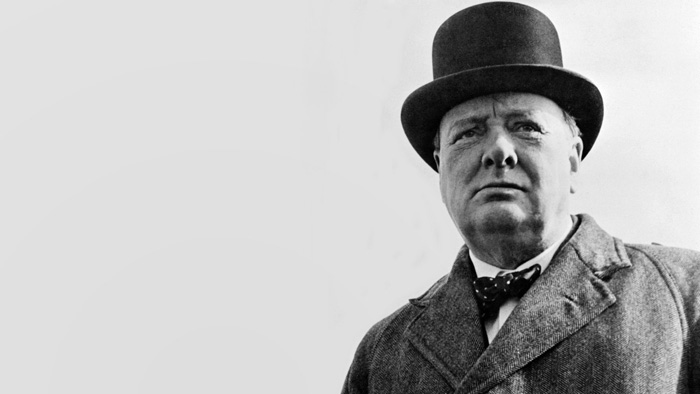 Many politicians continue to spin the facts even after they have left office. British Prime Minister Winston Churchill once boasted that, History will be kind to me, for I intend to write it

“History doesn’t repeat itself, but it does rhyme,” quipped Mark Twain. For generations, political leaders have been lending credence to that observation, as they have attempted to shape their legacies, taking credit for what worked and blaming predecessors or political opponents for what failed.

Many politicians continue to spin the facts even after they have left office. British Prime Minister Winston Churchill once boasted that, “History will be kind to me, for I intend to write it.” And, indeed, his multi-volume opus on World War II contains not only many of his most memorable lines (“their finest hour,” “so much owed by so many to so few”); it is also packed with justifications for his actions during the war.

Churchill’s writings may be biased, but they offer remarkable inside information and details that are not readily inferred from memos and briefs, which usually are incomplete and guarded in style. As historians know, there is great pressure to remember the past as the victors want it remembered. As Napoleon Bonaparte once put it, “History is a set of lies agreed upon.”

Today, it is US President Barack Obama’s turn to attempt to define his legacy, as his presidency winds down and attention turns to the election of his successor. And he has already been busy. During Obama’s recent visit to Japan for the G7 summit, for example, he became the first sitting US president to visit Hiroshima, devastated in 1945 by the nuclear attack ordered by President Harry S. Truman to avoid a ground invasion and hasten the end of World War II.

Obama has also been touting his economic accomplishments, claiming he prevented another Great Depression. He has said that his Recovery Act stopped the unemployment rate from soaring to 30% – five points higher than what it was at the peak of the Great Depression.

That is a priori nonsense. Obama’s own advisers have estimated that his stimulus package prevented a rise in unemployment of one percentage point at peak unemployment, not the 20-percentage-point increase the president seems to be claiming.

Obama is not the first political leader to engage in hyperbole, but even by the standards of the Internet age, that one is a whopper. He has also frequently claimed that all economists agree that his policies worked. The truth is that while some agree with his advisers’ assessments, others believe the stimulus had little or even a negative effect.

It is interesting that Obama feels the need, as his days count down, to glorify his actions. And it will be even more interesting to see how he uses his intelligence, eloquence, and experience after his retirement. The two presidents with whom I worked most closely, Ronald Reagan and George H.W. Bush, mostly let others do the talking and writing. Both seemed comfortable with what they had accomplished and what they had to leave undone; and both grew in stature and popularity with time.

Instant evaluations of political leaders are usually modified, often considerably, by subsequent generations. Historians and journalists have touted few presidents’ accomplishments more than those of Franklin Delano Roosevelt. I consider FDR the greatest president of the twentieth century because of his leadership during WWII. But most economists now reject the early claims that his New Deal ended the Great Depression.

Indeed, in 1938, unemployment remained at more than 17%. FDR’s close friend, Treasury Secretary Henry Morgenthau Jr., worried that “after eight years…we [will] have just as much unemployment as when we started…and an enormous debt, to boot.” Some economists believe that FDR’s programs, by propping up prices and wages, were counterproductive, preventing markets from clearing and rebounding. Most economic historians now believe that it was only the massive mobilization of WWII that ended the depression.

In contrast to FDR, Truman was initially considered a mediocre president, a haberdasher from Missouri who just happened to be the vice president who succeeded FDR after his death. Truman almost lost the 1948 election to the Republican Thomas Dewey. In 1953, when he was succeeded by Dwight Eisenhower, few would have predicted that he would later be included among the ranks of the near-great presidents.

And yet it was Truman who ended WWII and oversaw creation of the postwar global security and economic architecture: the Marshall Plan, NATO, the General Agreement on Tariffs and Trade, the International Monetary Fund, and the World Bank. And it was his policies that allowed war-devastated societies to rebuild and made strong allies of defeated Germany and Japan, in contrast to the havoc perpetrated at the end of World War I by the Treaty of Versailles. Moreover, it was under Truman that the first great step in America’s civil-rights revolution, the desegregation of the army, took place.

Legend has it that shortly after President Richard Nixon re-established relations with China, Premier Zhou Enlai, asked what he thought of the French Revolution, replied, “It’s too early to say.” Similarly, it is likely too early for a fair assessment of leaders such as German Chancellor Angela Merkel and British Prime Minister David Cameron. While both have had promising tenures, each has been confronted by a major, if not quite existential, challenge: immigration from the Middle East for Merkel and the relationship with Europe for Cameron.

Sometimes there is a clear connection between a leader’s policies and the condition of a country during his or her tenure. I will not disagree with a historian who determines that Venezuela was eviscerated by President Hugo Chávez’s populist socialism and economic illiteracy.

But, in the case of other important leaders – China’s Xi Jinping, India’s Narendra Modi, Argentina’s Mauricio Macri, Mexico’s Enrique Peña Nieto – it is still early days. They will preside over many more challenges, and they will be judged by what they bequeath to their successors (and how their successors deal with it). History is fickle that way; the historians who write it are more fickle still.

* Michael J. Boskin is Professor of Economics at Stanford University and Senior Fellow at the Hoover Institution.