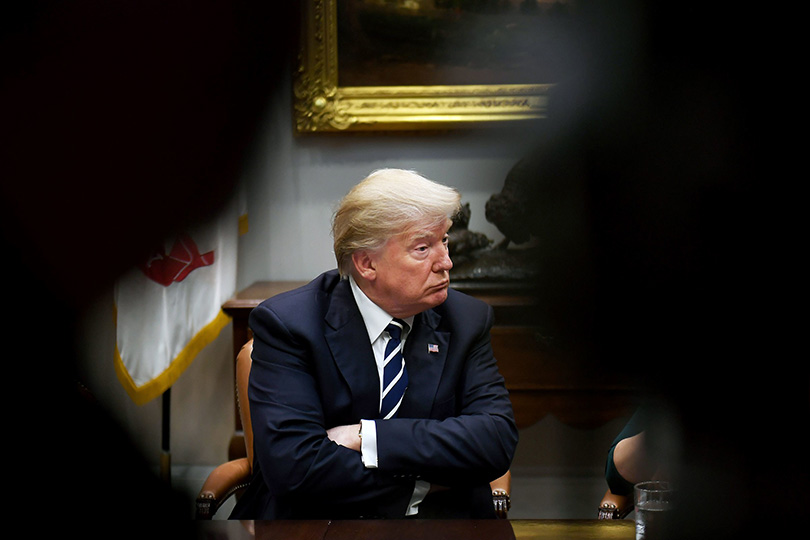 US President Donald Trump's recent remarks about Haiti, El Salvador, and African countries have confirmed once and for all that his administration's immigration policy agenda is driven largely by racial animus. The last time the US took such an approach, it was applauded by none other than Adolf Hitler.

See if you can guess the author of this quote: “The American Union feels itself to be a Nordic-German state and by no means an international porridge of peoples. This is revealed by its immigration quotas ... Scandinavians … then Englishmen and finally Germans have been accorded the largest contingent.”

Those words were written by Adolf Hitler in 1928, in praise of American immigration laws at the time. To be sure, references to Hitler should not be invoked lightly. For all the ugly things coming out of President Donald Trump’s White House, not least his denigration of Haiti, El Salvador, and African states as “shithole countries,” the United States is still a long way from resembling Nazi Germany.

Trump is a kneejerk authoritarian and a throwback to the old days of white supremacy in America, but many more institutional checks would have to fail before he could bring about the end of American democracy. And even with respect to immigration policy, there is a profound difference between the Trump administration’s mass deportations, however cruel and stupid, and mass murder.

Nonetheless, it has become increasingly clear that the 2016 US election installed an ignorant, racist president in the White House. Worse still, Trump’s statements in office hark back to a period in history when Hitler found inspiration in US immigration law.

Specifically, Hitler admired the US Immigration Act of 1924 – also known as the Johnson-Reed Act – which had erected openly racist barriers to immigration on the basis of a “national quota” system. The law banned Arab and Asian immigration outright, and made immigration from Africa close to impossible. As Hitler noted, it also favored “Nordic-German” candidates for immigration and eventual US citizenship over Southern and Eastern Europeans, including Jews. (My own Jewish ancestors made it to Ellis Island in 1922, just under the wire.) It was this restrictive law that served as the legal basis for not accepting Jewish refugees from Nazi Germany in the years before the Holocaust.

The 1924 law is getting a lot of media attention in the wake of Trump’s suggestion that the US should take more immigrants from Norway (who are unlikely to immigrate), rather than places like Haiti. But it is hardly the only example of racist immigration policies in the US. During the period of the so-called Yellow Peril in the late nineteenth century, the US enacted a raft of anti-Asian legislation, including an 1882 law banning immigration from China outright. And all the way back in 1790, the US Congress revealed its racist outlook by offering naturalization to “any alien, being a free white person.”

Hitler, for his part, was not the first or only right-wing racist to find inspiration in these dark chapters of American history. By the time he came along, everyone on the European hard right was already well acquainted with the US model of race-based immigration barriers. After all, Theodor Fritsch, one of Europe’s most vile anti-Semites, had touted it decades earlier, in his 1893 Handbook of the Jewish Question.

In Hitler’s manifesto, Mein Kampf, he praised America as “the one state” that was making progress toward becoming a racially healthy order. And when the Nazis came to power in the 1930s, Nazi lawyers carefully studied the US’s long history of policies to close its doors to non-whites.

Looking back, it is important to remember that it was not until the 1965 US Immigration and Nationality Act that the US began to separate itself from the worst aspects of its racist past. And, as Trump’s presidency makes clear, that past has yet to be permanently overcome.

Trump’s recent vulgar remarks about immigration should prompt all Americans to remember that Hitler and his fellow Nazis were once big fans of America. And as we approach the first anniversary of Trump’s inauguration, his immigration policies should give pause to those taking comfort in the idea that American democracy has not yet been fatally undermined.

Whether or not American democracy will survive is not the standard by which to judge Trump’s presidency. After all, for white males at least, American democracy has always been alive and well, even when racist immigration laws were passed in 1790, in the late nineteenth century, and in the 1920s.

America’s history of democratically enacted racism is too sordid for people to be complacent about Trump’s recent comments and toxic immigration policies. Americans who love their country should feel sorrow when reading what Hitler said about it in 1928. And they should be dismayed to hear their president openly yearning for an immigration policy that would put Nordic people at the front of the line once again.

* James Q. Whitman is Professor of Comparative and Foreign Law at Yale Law School, and the author of Hitler’s American Model: The United States and the Making of Nazi Race Law.