Education in the Digital Age 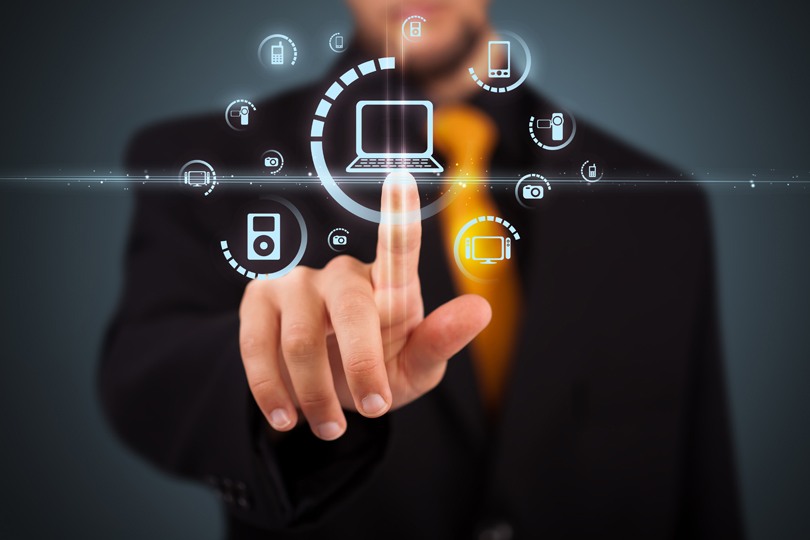 Technology is displacing humans in the workplace

While no human will be able to compete with intelligent machines when it comes to reciting facts or performing formulaic calculations, human ingenuity and creativity remain unmatched. We should make the most of that fact, and give young people the opportunity to use their advantages as effectively as possible.

The Fourth Industrial Revolution stands out from its predecessors in a critical way: rather than making it easier for humans to use their surroundings more effectively for their own benefit, technology is displacing humans in the workplace. The question is who will benefit now.

Automated or otherwise technology-enabled services can increase profit margins for companies, while representing for users cheaper, more convenient, or more reliable options than those produced exclusively by humans. But, of course, this comes at a high cost for the humans who previously filled those roles.

People all over the world have embraced ridesharing and transportation services like Uber, to the detriment of traditional taxi drivers. When artificial intelligence-enabled driverless cars become cost-effective and reliable, Uber and taxi drivers alike will become obsolete.

In stock trading, 79% of market transactions are now performed by software, according to Frank Zhang of the Yale School of Management, reflecting the hope that machines will be able to identify patterns more effectively than a human could – a hope that may have contributed to the recent stock-market correction. In any case, this doesn’t bode well for human traders.

I myself have saved on translation costs since realizing that, with some edits by me, Google Translate can work just fine, though this means lost income for the graduate students whom I used to hire the task. While simultaneous interpreters – who occupy a high-paid profession – may scoff at the notion that machines will threaten their positions any time soon, the success of machine learning in highly complex strategic games like Go suggests that machines’ ability to learn should not be underestimated.

In short, the AI-driven revolution will have its winners and losers. To win, it is vital not just to avoid being displaced by new technologies, but also to capitalize on the new opportunities they present. This might mean investing in cutting-edge businesses like Uber, as the Japanese-Korean industrialist Masayoshi Son has done. Or it might mean acquiring the knowledge and skills needed to secure a job that takes advantage of this new economy.

Such responses are good not just for individuals, but also for economies as a whole. In Japan, for example, human-capital development is crucial to support growth as the population ages and shrinks. And that process begins early: as the Nobel laureate economist James Heckman has shown, education of young children has a significant impact on productivity. That is why Prime Minister Shinzo Abe has announced that half of the extra revenues raised from the consumption-tax hike that will go into effect in 2019 will be invested in pre-school education.

To give young people the tools they will need to thrive in the changing digital economy, such investment must focus on improving the quality of education. That may mean transforming curricula to focus less on rote learning or straightforward calculation and more on skills like critical thinking, communication, and leadership.1

Education in Japan today – and perhaps also in South Korea – is something like the game “Jeopardy”: the one who knows the most facts is the winner. The best-known means by which Japanese students are ranked is hensachi – literally translated as “standard deviation” – which reflects how far from the statistical mean a typical student admitted to a given institution scores on a test focused on memorized formulas and facts.

Students with higher positive hensachi scores are admitted to more rigorous high schools and colleges, where they are often encouraged to study medicine, simply because the entrance exam is difficult, even if they have no interest in a medical career. Otherwise, they compete to become bureaucrats at the most influential ministries – for example, finance, economy, or foreign affairs – or they try to get on the fast track to the top of elite firms like Toyota or Sony.

Hensachi scores thus determine people’s entire career trajectories. High scores mean a comfortable life, all the way through retirement. Given this, Japanese students feel pressured to memorize information from a very young age. Parents will go so far as to move to a district where the kindergarten is linked to a renowned university.

This system did not begin in Japan. On the contrary, it is an outgrowth of the system for assessing and promoting Chinese bureaucrats that prevailed until the early twentieth century.While it is a form of meritocracy, and thus superior to nepotism, it fails to take into account the reality that a capacity for rote learning does not necessarily imply an aptitude for creativity or ingenuity.

Even if it did, we might not find out, because memorizing enough information to secure high scores on assessments leaves little time to learn to think – to develop skills or foster talents that could amount to a real contribution to one’s community and country. In fact, a system based on hensachi actively discourages those who do have valuable talents from developing them into useful skills. Yet, in the age of AI, those talents and skills are more valuable than ever.1

The Fourth Industrial Revolution will amount to a major test for a Japanese education system focused on reciting facts and performing formulaic calculations – precisely the areas where humans cannot compete with intelligent machines. With all of our technological developments, human ingenuity and creativity remain unmatched. We should make the most of that, and give our young people the opportunity to use their innate advantages as effectively as possible.