The Middle East’s Authoritarians Have Come for Conservationists 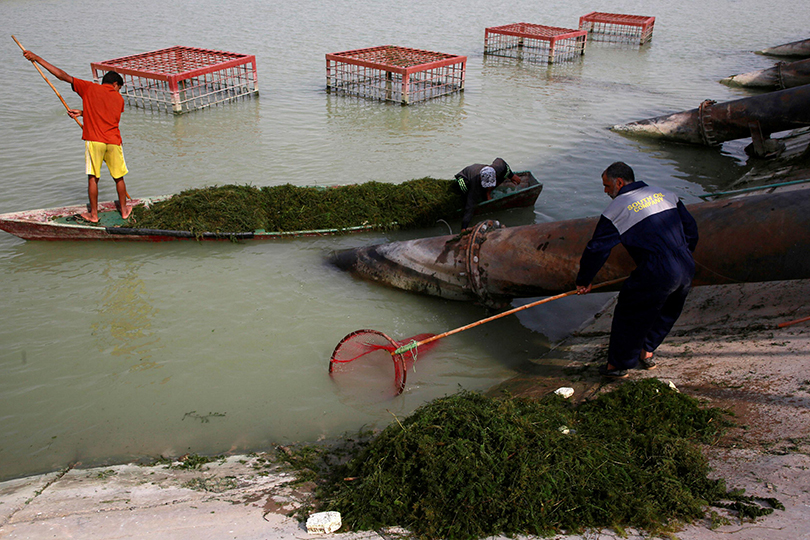 Amirhossein Khaleghi thought he knew danger. For much of the past 12 years, he had tracked Persian leopards and Asiatic cheetahs across the rugged splendor of Iran’s national parks. He would spend months at a time out in the bush, negotiating with sometimes hostile locals (such is his innate affability that he even persuaded notorious poachers to curtail their activities). He would spend months more setting up remote cameras to record the endangered beasts themselves.

It was in large part through Khaleghi and his colleagues’ fastidious and unglamorous work that these big cats, celebrated emblems of Iranian pride, still exist in the country at all. By persuading herders to sell their grazing rights, they’d had some success in carving out sustainable, livestock-free habitats.

But in January 2018, Khaleghi, a tall, sweet-natured man with a wild mane of hair, suddenly found himself in the sights of a significantly more fearsome foe.

Accused of espionage by Iran’s security services, he was thrown into the notorious Evin Prison outside Tehran along with eight other prominent conservationists. One of them, Kavous Seyed Emami, soon died in suspicious circumstances. Four others have since been charged with “sowing corruption on Earth,” which can carry the death penalty. As of early 2019, they all remain in prison, confronted with no evidence other than outlandish confessions that appear to have been extracted under torture. For Khaleghi, a restless outdoorsman who’s roamed practically every corner of his country, the confinement alone must be agonizing.

Across the Middle East and North Africa, environmentalists are coming under attack like never before. Conservation NGOs have been closed or so suffocated that they’re as good as dissolved. Activists and experts have been threatened into silence—or worse. A community that had until recently mostly escaped the fate of much of the region’s civil society has suddenly fallen afoul of the authorities. Its plight mirrors the difficulties faced by environmentalists worldwide. Globally, 197 environmental defenders were killed in 2017, according to the UN Environment Programme, a fivefold increase from a decade ago.

There’s little mystery to why this is happening. Debilitating droughts, worsening pollution, and soaring temperatures have contributed to severe resource scarcity in the Middle East and North Africa in recent years. And as environment-related unrest has proliferated, with protests in at least a dozen regional countries, people who were previously viewed as largely harmless “tree huggers” have been reappraised as spy-gear-wielding, frontier-traipsing, data-sharing threats. In a sad repetition of the security-state playbook, they, too, must now be co-opted or crushed.

“The intelligence system now feels that environment is a space that they need to be afraid of, because it can unite a lot of opposition voices, a lot of anger,” Kaveh Madani, a senior fellow at Yale University and a visiting professor at Imperial College London, told me. Madani served as deputy head of Iran’s Department of Environment until he was arrested and then fled the country last spring. “Over the years, they’ve seen the problems increase and felt that things were getting out of control.”

In some ways, environmentalism is almost calculated to stir paranoia. Much of the region’s security apparatus is wary of technology—including the generally low-tech gear that researchers use. Iraqi conservationists complain, for example, that binoculars arouse suspicion: “No one believes that these are for bird-watching,” Laith Al-Obeidi, an ornithologist at Nature Iraq, an NGO whose employees have frequently been harassed, told me. In Egypt, environmentalists have told me that possession of everything from telephoto camera lenses to GPS devices can be enough to spark aggressive questioning. With drones more or less prohibited for private use across the Middle East, environment groups say that some projects, such as tracking animal-migration patterns, are almost doomed to failure from the outset.

Authorities across the Middle East also take a dim view of those who spend time in distant, sparsely populated borderlands. That damns most wildlife experts. Sudan’s leading naturalist, Abubakr Mohammad, fled to Britain in November after being arrested for what he estimates to be the 15th time in a decade of documenting fast-disappearing flora and fauna. “I was always detained for being in, on my way, or coming from a remote area,” he says.

It was Khaleghi and most of his colleagues’ fieldwork in frontier areas, some of which contain sensitive military sites, that seemingly contributed to security suspicions. “Camera traps can be tricky to explain to border guards,” Khaleghi joked to me a few years ago, referring to the remotely activated gadgets that conservationists often use to capture images of elusive animals, such as Persian leopards. Their Iraqi counterparts have run into myriad problems, too. On several occasions, water-data collectors told me they have been questioned after almost straying across the Shatt al-Arab waterway between Iraq and Iran. In 2005, a Nature Iraq team was kidnapped for nine days by a militia in the southern Mesopotamian marshes; another recounted to me how it narrowly escaped a Turkish army pincer movement against the PKK militant group while tracking rare birds in far northern Iraq in 2009.

And then there’s the environmental community’s habit of asking an awful lot of questions, while sharing an awful lot of information with foreign and domestic partners. By the blunt, sometimes xenophobic, mind-set of many security officers in the region, data are to be guarded, not distributed. That environmental issues seldom respect national boundaries, and consequently necessitate cross-border collaboration, is none of their concern.

In Egypt, statistics on everything from groundwater levels to sea level rise are so closely guarded that sometimes not even state university professors can access them. It’s illegal, too, for nongovernmental bodies there to try to collect figures of their own without a permit. And though conservationists’ own work cannot cross borders, monitoring of them often does. Officials from countries including Egypt, Iran, and Turkey police international water and environment conferences for fear that their citizens might divulge what they believe to be sensitive findings, according to half a dozen regional researchers who told me they have been threatened into altering their presentations and sometimes observe security officers in the audience.

Still, until recently, conservationists in the Middle East had been mostly spared the worst—they just weren’t taken seriously. Even Comedy Central’s The Daily Show devoted a segment to ridiculing Iraqi bird-watchers. But the region’s accelerating environmental breakdown, along with heightened post–Arab Spring repression, have changed all that.

Fierce water-related protests that left at least 20 dead in Iran in late 2017 and early 2018 sharpened Tehran’s focus on environmental NGOs, while deadly demonstrations across southern Iraq last year, largely over poor water quality and electricity shortages, culminated in the murders of several activists, including one who’d been campaigning for cleaner water. As regimes lose patience with those they deem to be stymieing their economic agendas or subverting their will, the arrests and body counts have built up. Among the recent confirmed dead: an elderly Turkish couple campaigning against a mine and at least six anti-dam protesters in Sudan.

If and when Khaleghi and his colleagues are finally freed, they might have relatively little to return to. In their absence, much of Iran’s once-thriving environmental scene has fallen into a deep freeze. Vital organizations, such as the Persian Wildlife Heritage Foundation, have been neutered, their key personnel jailed. Others have reined in their fieldwork or stopped collaborating with international research partners. Even though they worked for years with little to no pay, and endured war, sanctions, and extensive periods apart from their families, Khaleghi and his imprisoned counterparts will have a particularly difficult time stomaching this sabotage.

From Cairo to Ankara, authorities appear to have stifled environmental NGOs into compliant futility. Egypt is in talks to build the country’s first coal-fired power plant, but despite vociferous opposition when coal was first proposed, there’s now scarcely a whisper of dissent. “We’re no longer a critical mass. We’re scattered. We don’t speak with one voice,” Laila Iskander, a former minister of environment and onetime leader of the anti-coal campaign, told me.

Some environmentalists are nevertheless holding out hope—a distant hope, they concede—that their fortunes will ultimately change. The region has a talented crop of homegrown scientists; water and conservation experts have enjoyed considerable success on the occasions when they’ve been granted a freer hand. EcoPeace Middle East, an Israeli-Palestinian-Jordanian organization, has been instrumental in pushing policy makers to make concessions and cooperate for the sake of their shared environment, including successfully persuading all parties to extract less water from the depleted Jordan river.

Above all, they imagine that a lack of alternative options will eventually force authorities to change tack. With extensive drylands and meager water resources, the Middle East is likely to be hit exceptionally hard by climate change. The environmental movement might just be the motivated and unifying force many fractured regional states so desperately need.

“You can like the government or hate the government. You can be religious or not,” Madani, the Yale scientist, told me. But the environment, he said, “unites people. It’s different to other kinds of political activism.”