Cities for the People 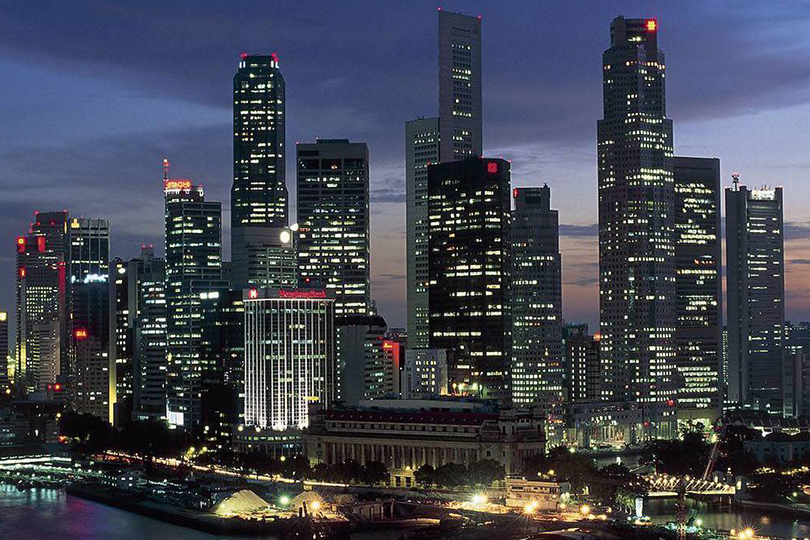 Overcrowded, dirty, and disorderly cities undermine residents’ health as much as their happiness. With urbanization occurring at an unprecedented rate

Overcrowded, dirty, and disorderly cities undermine residents’ health as much as their happiness. With urbanization occurring at an unprecedented rate, there is an urgent need for careful planning, collaboration, communication, and consensus.

Dante’s Divine Comedy describes one level of hell (the City of Dis) as“Satan’s wretched city … full of distress and torment terrible.” He could well have been describing many modern-day metropolises.

The world, especially Sub-Saharan Africa and Asia, is experiencing a massive wave of urbanization. And yet it is occurring largely in the absence of urban planning, with even those municipalities that attempt to create plans often failing to enforce them effectively or account properly for the needs of the majority. The result is overcrowded, dirty, and disorderly cities that undermine residents’ health and happiness.

In planning our cities, we have put the needs of cars over those of people, too often emphasizing accessibility for private vehicles (while penalizing pedestrians and bicyclists for jaywalking) – an approach that creates near-permanent gridlock and heavy pollution. The average driver in Los Angeles spends 102 hours per year in peak traffic. In Jakarta, the average driver starts and stops more than 33,000 times per year.

Partly because of such congestion, cities account for 70% of global carbon pollution. The World Health Organization estimates that around 90% of people worldwide breathe polluted air. In low- and middle-income countries, 98% of cities with more than 100,000 inhabitants do not meet WHO air quality guidelines.

As for shelter, poor land-use planning means that what should amount to a living wage in many cities falls far short of what is needed to pay for decent housing. According to the United Nations Human Settlements Program, nearly one billion people live in slum conditions, and this figure could double by 2030. Moreover, as recent research shows, neighborhoods are often segregated by race, ethnicity, and income – a major obstacle to social mobility, including across generations.

But we have a chance to change this. Over the next 20 years, the world will build as much urban housing and related infrastructure as has been built in all of human history. And many cities in both rich and poor countries already offer examples of sustainable, inclusive, livable, and beautiful urban design.

Singapore has implemented what Jan Gehl calls “human-scale design.” The bottom-up design of neighborhoods empowers citizens and emphasizes diversity, thereby preventing the emergence of poverty ghettoes through mixed-income housing, along with access to high-quality public transport, health, and education.

Likewise, despite strong resistance, then-New York City Mayor Michael Bloomberg and Transport Commissioner Janette Sadik-Khan invested in protected bike lanes and public transport. London, Singapore, and Stockholm have long used congestion pricing to discourage driving. In March, London will take this a step further – as Chengdu, Madrid, Paris, and others have already done – by banning cars altogether in core areas of the city, creating ultra-low emission zones. Amsterdam, Tokyo, and Copenhagen show us that designing city roads to be narrower slows down traffic, boosting the safety of pedestrians and bicyclists.

From Bogotá, Colombia, to Dar es Salaam, Tanzania, cities around the world have implemented bus rapid transit, which essentially functions like a metro system, but is cheaper and faster to build. Dense urban corridors are emerging along the designated bus lanes.

Some cities have also introduced the types of parking reforms long advocated by UCLA’s Donald Shoup. These include abolishing minimum parking requirements for buildings and introducing dynamic pricing that keeps 5-10% of parking spots vacant and channels revenues back to the neighborhood.

Meanwhile, housing no longer needs to be positioned and promoted as an investment asset; instead, rental housing, for all income segments, but especially for those in need of affordable shelter, can be given priority, as is the case in Germany, Austria, and Switzerland. Moreover, zoning and regulatory barriers to building new affordable housing should be dismantled, with high-density mixed-use areas developed close to public transport. To this end, following Copenhagen’s lead, more cities can use public-private partnerships to tap into the large stock of unused land owned by public agencies. Careful design of buildings can make them energy positive, so that they produce more energy than they consume. Norway is a pioneer in this area.

Finally, to fund these investments, cities need stable revenue sources. Too often, cities fail to tap the full potential of land-based financing, especially property tax. Yet satellite imagery and drone mapping can now produce for tax authorities a “fit for purpose” cadaster – showing how land is occupied and used – in a matter of weeks.

With careful planning, collaboration, communication, and consensus, cities can transform the lives of their residents. Initiatives like the World Bank’s Global Platform for Sustainable Cities and the City Planning Labs are supporting cities’ efforts, by facilitating knowledge sharing and evidence-based urban planning. If we do what it takes now to ensure inclusive, resilient, and sustainable urbanization, Dante’s City of Dis can remain in its imagined hell.

Your Poison, My Profit

How Blockchain Can Win the War Against Plastic Waste

The Middle East’s Authoritarians Have Come for Conservationists