Your Poison, My Profit 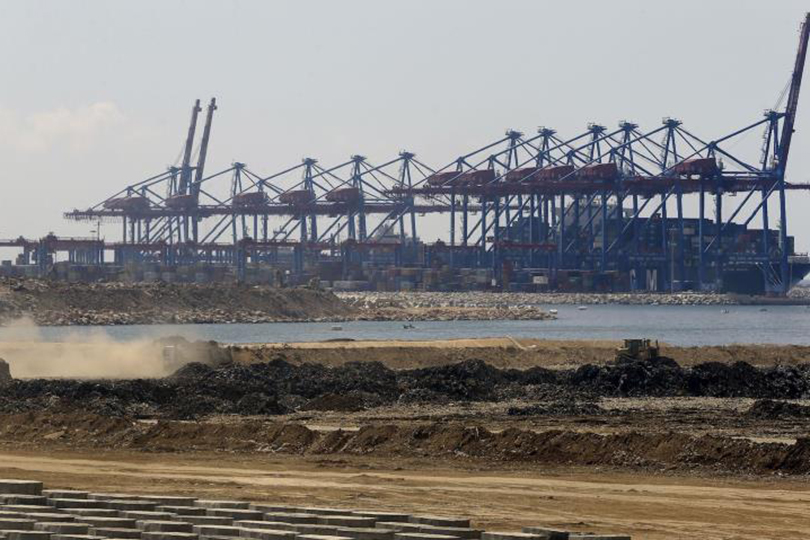 Makram Ouaiss, a professor of political science and international affairs at the Lebanese American University, is a civic activist in the fields of democratic development, conflict resolution, and environmental issues. He has been active in opposing the government’s waste management policies, in particular plans to build trash incinerators around Lebanon. Diwan spoke to Ouaiss in late August amid signs that a new trash crisis may be looming, replicating the one of 2015. For Ouaiss, Lebanon’s political class is largely uninterested in finding an optimal solution to managing waste. Current plans, which continue to include landfills and incinerators, will generate high revenues and offer opportunities for political favors and corruption. This will mean the loss of precious resources and will have detrimental effects on public health.

Michael Young: Can you tell us something about the coalition with which you have worked that opposes the building of a trash incinerator near Beirut?

Makram Ouaiss: During the past seven years, I have cooperated closely with two coalitions that are opposed to building incinerators in Beirut, but also nationwide, as a way of treating municipal solid waste. They are the Lebanon Eco Movement (LEM) and the Waste Management Coalition (WMC). LEM, established in 2012, is a coalition of over 60 nongovernmental organizations that hail from all regions of Lebanon and advocate for the protection of the environment through public awareness campaigns, advocacy, lobbying, and legislative proposals. WMC, established in 2016, is a group of citizen-advocates focused on solid waste treatment. WMC uses similar advocacy techniques as LEM. Both coalitions believe in the principle of a circular economy, which encourages minimizing waste and resource use and encouraging trash reduction, recycling, and maintaining the value of materials for as long as possible.

Since the You Stink campaign and the civil society movement against government mismanagement of waste treatment in 2015, LEM has played a leading role in making specific proposals to politicians pertaining to waste sorting and treatment, taking advantage of existing but under-utilized sorting and composting facilities, and advocating for greater municipal and citizen awareness and involvement in the process. WMC’s approach has been focused principally on alternative waste treatment, highlighting the disastrous environmental and health consequences of trash incineration and depositing waste on the seashore, with a special emphasis on the unsustainable nature of incineration. WMC has also provided legal and technical advice to parliamentarians and municipal councils.

MY: There has been speculation that the Lebanese authorities are about to foment a new trash crisis, the aim being to make it more likely that people will accept large trash incinerators, which have been opposed by activists such as yourself as environmentally hazardous. Can you walk us through such a scenario?

MO: The closing in 2015 of the Ne‘meh landfill, which received much of the waste from Beirut and Mount Lebanon, most of it unsorted, led to a trash crisis that the government was unable to resolve by creating actual landfills. This was due to public opposition across the country. In the absence of other viable governmental solutions, the decision was taken to revive the option of establishing several trash incinerators around the country. The incinerators—which would take four to five years to build, cost an average of $300 million per plant, and have a lifespan of over 20 years—would be built and distributed along political-confessional lines, benefiting political elites and their business associates in each region.

Thanks to sustained objections from civil society and expert recommendations, the government reluctantly accepted the idea of decentralizing the process of solid waste treatment in 2016, a decision officially reaffirmed in 2018. What this meant was that municipalities had a choice of how to manage their waste and could offer plans in line with this. The move, however, was not accompanied by a clear framework and guidelines to municipalities, which lack experience in the field, on how to adopt sustainable waste treatment processes. Still, the central government insisted on including incineration as part of its medium- to long-term strategy and began establishing waste dumps along the seashore as part of highly profitable real estate ventures in three regions (as these waste sites can be transformed into profitable land), agreed to by local politicians. This contravened the 1976 Barcelona Convention for the Protection of the Mediterranean Sea Against Pollution, with which Lebanese law must be aligned.

Today the three waste dumps of Costa Brava, Bourj Hammoud, and Jdeideh, which are located on the seashore, are almost full and a sustainable waste management solution has yet to be identified and implemented. With over 70 percent of Beirutis opposed to incinerators according to recent polls, having trash in the street for a few weeks may enable politicians and their business associates to present a fait accompli and expand new lucrative, illegal, sea-based waste dumps while pushing through the incinerators strategy.

MY: What are the risks posed by trash incinerators? After all they function in more developed countries without problems?

MO: Trash incineration goes against modern trends in waste management based on the concepts of circular economy and zero waste. Given the very low levels of current waste treatment, incineration would dispose of natural resources of which the Lebanese recycling industry is in bad need. In addition, given the low calorific value of trash in Lebanon—over 50 percent and up to 63 percent of which is organic in Beirut—such content would require an injection of fuel, at additional cost, to burn such materials which would normally be composted and used in agriculture. It would also create extremely toxic fly-ash and bottom-ash which have to be collected, treated, and buried in specialized dumps. According to the World Bank and local experts, Lebanon does not possess the technological base that is needed to treat or adequately dispose of such highly toxic materials.

Another essential concern is health related. Air pollution is already above acceptable international levels in Beirut and many other Lebanese cities. Incinerators would worsen air quality, with a direct long-term negative effect on the health of the population. For any who say that the government will address this concern, to date the ability of the government to even monitor existing pollution and emissions—never mind improve air quality—has been dismal.

MY: How likely is it that a trash incinerator will actually be set up in Beirut’s eastern suburb, given that many Lebanese are frightened of the health risks that come with such structures?

MO: Due to continued government mismanagement and corruption in this sector, citizens’ mistrust of governmental decisions has increased significantly, prompting some officials to advocate using force in the face of communities refusing landfills or incinerators in their midst. Until this day, such efforts have provoked protests and even violence. I doubt this approach will work without proof that the country has genuinely embarked on a decentralized, sustainable waste treatment strategy, something the government has refused to take the lead on until now.

MY: What is the best way for Lebanon to dispose of its trash?

MO: Building on the adopted decentralized approach, each qada, or smaller administrative district, should treat its own trash. The government should begin by issuing guidelines to municipalities on the steps to be adopted to treat different types of waste—medical, household, construction, industrial, and so on.

Second, it should also identify ways of reducing waste, through fees or the banning of certain products, such as single use plastics, plastic bags, and what have you, as well as introduce standards, incentives, and, if need be, fees on industries and shops to encourage them to produce or choose environmentally-friendly products and wrapping.

Third, municipalities should use taxes for waste management and require citizens to sort their trash at the source.

Fourth, trash should be collected according to its sorting categories in non-compacting trucks and penalties should be applied for noncompliance.

Fifth, trash has to be sorted a second time at waste treatment facilities to reuse, recycle, compost, and allow for the disposal of inert materials.

And sixth, existing quarries could be used to store inert materials until alternative uses are identified, or such materials could help to resurface quarries, many of which have blemished the Lebanese landscape.

MY: Is there any will among politicians to consider alternatives to the current policies for waste disposal, and if not why? What do they gain from the status quo?

MO: Although the current environment minister has presented a set of recommendations to the cabinet to embark on recycling and composting, these measures have yet to be adopted and have kept the door open for additional landfills and the use of incinerators. Some members of the Beirut municipality and a few members of parliament have expressed their opposition to the current strategy and presented proposals, including bills in parliament, to adopt environmentally-friendly waste-treatment strategies.

However, parties in power remain deaf to more environmentally sound solutions. They are determined to take advantage of the over $1 billion earmarked for waste management at the Conference for Economic Development and Reform through Enterprises last year, held in Paris to help Lebanon’s economy. The politicians seek to do so by adopting the most expensive—read lucrative—measures that would most likely waste precious resources and have a catastrophic health impact on the population for years to come.

Warnings of the continued rise in the price of edible oil: these reasons