Looking at the Last American Elections until 2020 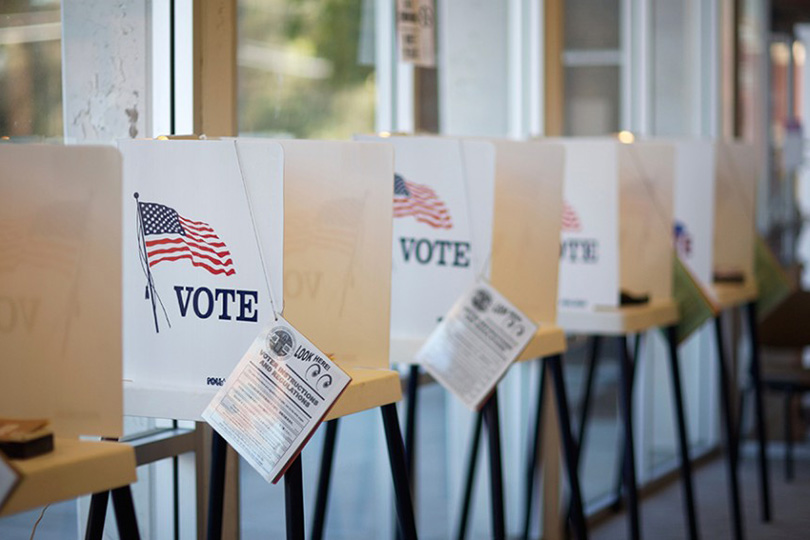 This week several states held off year elections. And, though it is easy to try to extrapolate these results into a national trend, it’s important to remember that all these elections revolved around candidates and local issues.

In this case, both Republicans and Democrats have something to be happy about.

Virginia was once a Republican state with a balance of mostly liberal suburbs in the north around Washington DC, Conservative military families around Norfolk, and conservative voters in the rural areas in the southwest. That has changed.

Part of the problem was due to a state Republican Party that didn’t even run candidates in about a quarter of the seats in the election – some of which were Republican districts. Democrats didn’t face a Republican opponent in 10 of the 40 state senate seats and 23 of the 100 House of Delegates seats. That makes it nearly impossible to stay in control of the legislature.

Kentucky is a conservative Republican state. That’s why the victory of Democratic Gubernatorial candidate Andy Beshear by a few thousand votes seems to be a dramatic shift in voter sentiment. But there is more to it.

Beshear is the son of a two-term governor, so he had name recognition. Meanwhile, Republican incumbent Bevin was unpopular due to cuts in Medicare and pensions. Bevin also barely won the Republican primary earlier this year. However, Bevin nearly came back from a 15% deficit thanks to a Trump visit in the last days of the campaign.

However, it appears that the problem was Bevin, not the Republican message. All the other statewide offices were won by Republicans and the two Kentucky chambers of the legislature have Republican super majorities.

Mississippi wasn’t a surprise as Republican Tate Reeves was elected governor in a generally Republican state. This was another state, where a Trump campaign visit helped boost the Republican voter turnout.

Democratic Arizona city Tucson overwhelmingly rejected a referendum to become a sanctuary city, where police couldn’t inquire about the immigration status of people they encounter. The referendum was opposed by both Democrats and Republicans and went down to defeat by over 70%.

Seattle, Washington is a very liberal city that had a socialist on the City Council. However, the socialist, Kshama Sawant, lost her bid for reelection. Internet company Amazon, which is based in Seattle, spent millions to defeat anti-business liberals in the last weeks of the campaign.

In liberal Texas city, Houston, the Democratic mayor failed to win a majority of the votes and must go to a runoff against Republican Tony Buzbee. There will be a runoff election in December.

So, if the election results don’t give us any clear indication of what will happen in 2020, what about the polls?

They will not help either. There are a lot of polling services today in the US and competing for business has less to do with reliability than the polling company’s willingness to skew the poll results to fit the customer’s wishes.

One good example in the last week was Fox News’s poll on Trump impeachment. The results showed that 51% of those polled wanted Trump to be impeached – not an overwhelming majority, but a majority, nevertheless.

However, a look at the poll internals showed that the results were seriously skewed. The internals of the poll showed that 49% of those polled identified themselves as Democrats, when the actual number of self-identified Democrats in the nation is somewhere between 30% to 35 %. Given the fact that a large majority of Democrats favor a Trump impeachment, no wonder the poll was so skewed, even though the majority of independents and Republicans don’t want Trump impeached.

A Monmouth poll released this week showed that 73% of respondents have little or no trust in the impeachment process. 60% say Democrats are more interested in bringing down Trump than in learning the facts.

Which brings us to the impeachment hearings in the House of Representatives. If most people don’t favor impeachment, why is the Democratic majority still holding hearings, especially since the presidential elections are in a year? It would make more sense to focus on beating Trump at the ballot box than through an impeachment process that will divide the nation and probably stall when it reaches the Senate. In fact, the Monmouth poll said a majority of respondents say people who want Trump out of office should just vote him out of office next year instead of going through the impeachment process.

Although there are a lot of theories, the most logical is that Democrats hope the investigation will turn up some evidence of Trump wrongdoing. That will weaken Trump enough that the Democratic candidate can win next November.

But, will that strategy work? Democrats have been trying to find Trump wrongdoing for three years, without any success. And, the Monmouth poll indicates voters won’t believe the House Democrats anyway.

Then there is a realization amongst Democrats that their slate of presidential candidates is weak. Biden was the strongest candidate, but his numbers are falling as corruption issues and campaign missteps dog him. Senator Sanders has lost some of his excitement from 2016 and now appears to be an old candidate with heart problems.

Other candidates like Warren may not escape problems too, the media and other candidates are critical of her Medicare for all plan. Then there is the number of Democratic candidate debates, which have provided “some radical sound bites” that will be ideal for Trump campaign advertisements.

With such a not too strong candidate list, Democrats hope that they can use the impeachment to weaken Trump’s support.

The problem is that the Trump voters, who helped him win in 2016, are still solidly behind him – a real frustration for the Democrats. The daily attacks against him are now ignored by his voters as more examples of “fake news.” They see the impeachment as a political game rather than a real investigation into corruption.

This was seen in this week’s New York Times/Siena College poll that showed Trump doing well in battleground states that will decide the 2020 campaign. These included Pennsylvania, Wisconsin, Michigan, Arizona, Florida, and North Carolina. Although former vice President Biden has a narrow lead (2% or less) in these states, the other Democratic candidates are behind Trump. Trump is also making inroads in traditional Democratic demographics like blue collar white voters and minorities.

Given what the Democrats are facing – weak presidential candidates and firm support for Trump – they can’t rely only upon traditional campaign strategy. Impeachment appears to be the best course to a 2020 Democratic presidential victory.

There are, however, problems with this strategy. First, they must find something that will weaken Trump’s support – something they have failed to find in 3 years.

Finally, the current congressional impeachment process is far removed from previous impeachment hearings against Nixon and Clinton. Trump supporters claiming that Americans are accustomed to legal process that gives the defendant certain rights but have been denied to Trump and his lawyers. This gives the whole process a more political taint that will have an impact next year.

In the end, the 2020 election is still up for grabs. Trump will have the advantage of incumbency which has given the president in office a reelection victory in every election since World War Two, except for two (Carter and the first Bush). On the other hand, there is a large “Never Trump” voter bloc that will be energized to vote next November.

We will just have to wait and see.