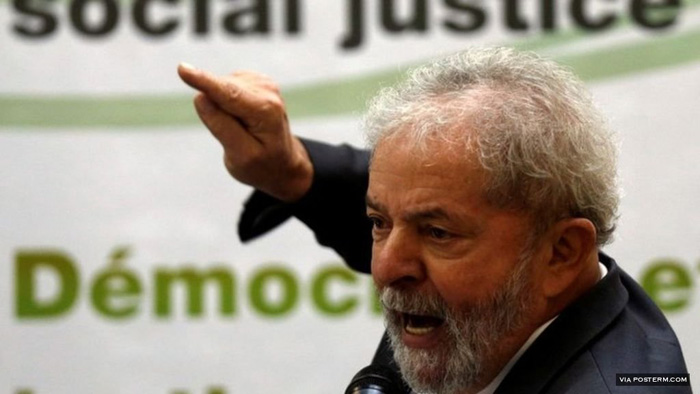 Across Latin America, voters who, until recently, were enthusiastic about their leftist governments seem to be having a change of heart.

LIMA – Across Latin America, voters who, until recently, were enthusiastic about their leftist governments seem to be having a change of heart. In Brazil and Venezuela, voters want to oust their leaders. In Argentina, they already have. In Bolivia, voters rejected President Evo Morales’s effort to amend the constitution so that he could seek another presidential term. And in Peru, no left-wing candidate made it into the second round of the presidential election, to be held on June 5.

But learning from experience is much trickier than it seems. We cannot relive the past; we can only tell stories about it – and the stories we tell tend to have a rather loose relationship with what really happened. Nowhere is that more true than in Latin America.

The narrative espoused by the region’s recent leftist leaders – particularly Brazil’s Luiz Inácio Lula da Silva, Venezuela’s Hugo Chávez, and Argentina’s Cristina Kirchner – was based on a revamped class struggle between “the people” and what could be called the “anti-people.” The policies that preceded theirs were said to be pro-rich, because the governments that pursued them were subservient to the rich. Their own popular movements supposedly rebelled against a political structure – local elites often in bed with imperialism (meaning mainly the United States) – that protected the interests of the anti-people.

But if voters are now jettisoning the left and its supposedly “pro-people” policies, it is not because they now prefer the “class enemy.” It is because they have changed narratives.

Besides class, at least three other narrative structures are politically salient in Latin America. One focuses on corruption: The previous guys were corrupt, so we kicked the rascals out. Now the new guys started stealing, too, so – regardless of their policies – it is time for them to go.

A third narrative is based on competing economic theories. The 1990s was the era of neoliberalism, an economic worldview that wrongly assumed that the benefits of economic growth would trickle down to those at the bottom; government should embrace austerity and do little more than let markets work. The new left-wing governments had a better economic theory, one that could boost economic growth while creating opportunities at the bottom. Now, in the midst of inflationary stagnation, voters may be questioning that alternative.

The final narrative highlights the role of external conditions – good luck, not good policies – in determining economic performance. When commodity prices are high and international capital is abundant and cheap, as in the 1970s and in 2004-2012, policymakers look like geniuses. When the high tide recedes, as it has recently, they look like fools.

Governments will become more effective in the future only if voters learn to become more demanding of the policies that future governments adopt. And yet none of Latin America’s political narratives teaches voters anything new or useful. Lula and Chávez, after all, did not unseat right-wing governments: They were preceded by left-wing governments, led by members of the Socialist International.

Lula did not invent conditional cash transfers: he just expanded and changed the name of a program that he inherited. Likewise, Chávez did not nationalize the oil industry; that was done in 1976. And Cristina and Néstor Kirchner (her husband and predecessor) were Peronists; but in their narrative, their party’s role in power when the bulk of the killing took place during the “Dirty War” of the 1970s has been erased from history.

The truth is that most countries in Latin America mismanaged the boom of the 1970s and, when the tide turned, ended up in the 1980s debt crisis. They all initially mismanaged the crisis, too. Governments suddenly found themselves with much lower revenues than they expected; when markets proved unwilling to lend them the difference, they ended up printing money, causing exchange rates to weaken and inflation to rise. To prevent this, they opted for yet another economic dead end: currency and price controls.

Eventually, in the late 1980s, they adopted a different strategy: They restructured the debt, eliminated financial controls, and imposed austerity, raising taxes and cutting spending in order to stop printing money. And voters ended up re-electing presidents like Carlos Menem of Argentina, Fernando Henrique Cardoso of Brazil, and Alberto Fujimori of Peru precisely because they were able to overcome the debt crisis, balance the budget, and bring down inflation.

But just when they were supposed to be reaping the benefits of their hard work, the East Asian crisis of July 1997 caused commodity prices to collapse, which forced Russia into default in August 1998 and shut down all emerging markets through financial contagion. Crises in Venezuela (1998), Brazil (1999), and Argentina (2001) followed, leading to the election of Chávez, Lula, and Kirchner.

As luck would have it, the situation changed quite dramatically in 2004: Commodity prices started their longest boom ever – the super-cycle – and investors’ appetite for emerging-market debt soared. The need for austerity went out the window, as more spending could occur without printing money or running out of foreign exchange. But the windfall was mismanaged, fueling fiscal profligacy, and the end of the boom left economies in recession and voters with broken dreams.

Argentina, Brazil, and Venezuela got themselves into a situation surprisingly similar to that of the late 1980s. So the solutions are bound to look similar as well. Voters enthusiastically supported extravagant spending during a boom. They applauded when Rafael Correa of Ecuador eliminated an oil stabilization fund he inherited and when Chávez, rather than putting money aside for a rainy day, quintupled the public external debt. Now that the party is over, they want more conservative governments to stabilize the economy and restore the market confidence needed to encourage private investment.

Until voters learn what to ask for from their governments, they are bound to dislike what they end up getting. Unfortunately, Latin America’s dominant political narratives are not helping that process along.

* A former minister of planning of Venezuela and former Chief Economist of the Inter-American Development Bank, is Professor of the Practice of Economic Development at Harvard University.