The learning opportunities hiding in our failures 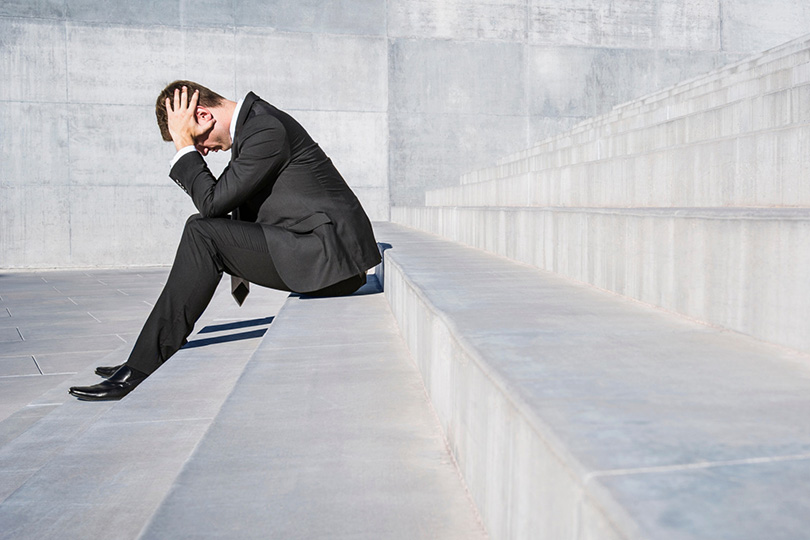 Successes enjoy more attention than failures. We celebrate stories of triumph, and pore over them to extract the reasons why things went so well. Industries package the lessons and share them as tips for ‘best practice’, while after-dinner speakers regale their audiences with the steps they took to glory. By contrast, if they’re not buried completely, failures, and those who perpetrate them, are more often seen as sources of shame or ignominy.

Yet it is often the errors, missteps and outright flops that contain more useful practical information on how to do things better, if only we were more willing to share and study them. That’s according to Ayelet Fishbach and Lauren Eskreis-Winkler, psychologists at the Booth School of Business at the University of Chicago.

The pair believe that we often fail to learn sufficiently from when things go wrong. “Take bad business decisions, which we make because we don’t learn from others’ and our own failures. We similarly often ignore signs that our relationships aren’t going well or that our boss is unpleased with our performance. We don’t code [pay attention to] failures and don’t bother to learn the lesson for how to succeed,” says Fishbach.

Previous research had already exposed our unhelpful aversion to information about ongoing or future failure – a problem dubbed ‘the ostrich effect’ by University of Sheffield psychologist Thomas Webb and his colleagues. Whether we’re trying a new fitness regime, building a company website or planning for a looming pandemic, the human inclination is to put our heads in the sand once we’ve embarked on our path. Rather than monitoring our progress to check if we’ve gone off track, we grit our teeth, continue and hope for the best.

We also tend to neglect imagining what might go wrong when we look ahead toward attaining a goal, as research by psychologist Gabriele Oettingen at New York University and the University of Hamburg has shown. Yet when people are prompted to engage in ‘mental contrasting’ – anticipating the obstacles along the way to attaining their goal – they are more likely to persevere and succeed in their aims.

Now Eskreis-Winkler and Fishbach have added to this literature by focusing on our reluctance to pay attention to failures – both our own and others – after they’ve happened. In their recent paper, the researchers asked dozens of teachers to recall a specific time they’d been successful at work and a specific time that they’d failed. When they asked the teachers which story they’d choose to share to help other teachers, nearly 70% opted to share their success rather than their failure.

The same thing happened when they asked hundreds of online volunteers to think of times they’d succeeded at staying focused at work, and then of times they’d failed and become distracted. The majority were more reluctant to share their focusing failures than successes. The aversion to sharing failures remained true even when the researchers asked the volunteers to share with their ‘future selves’, suggesting there is more to this bias than wanting to make a good impression on strangers.

Eskreis-Winkler and Fishbach believe a key factor is that many of us simply don’t realise how informative failures can be. To test this experimentally, they created a stripped-down task designed to model real-life situations in which the key to success is avoiding mistakes. They wanted to see if volunteers would avoid sharing their failures even though they were more informative than their successes.

For the task, dozens of online volunteers opened two mystery boxes from an array of three, for the chance to win money. One box contained 20 cents, another 80 cents, while the last was a dud and would cost them a cent. Next, they had the opportunity to share information about one of the boxes they opened to help the next participant in the game. As an incentive, they were told this other player would soon have the chance to reciprocate by sharing information with them.

Crucially, the researchers contrived things so that each volunteer always opened a losing box and the 20-cent box. This meant, objectively, that it was always more useful if volunteers shared their failure – that is, the location of the money-losing box – than their relative success, the 20-cent box. Sharing the failure would allow the next player to dodge it, while sharing their success would still risk the other player opening the losing box. Yet, Eskreis-Winkler and Fishbach found that, across several studies, between one third to half of the volunteers chose to share success over failure – even though sharing failure would have been more beneficial to the other player.

The researchers uncovered more evidence for the way we overlook the value of failure in a follow-up quiz-style experiment, but this time they also found it was quite easy to remedy the bias. Online volunteers guessed the meaning of ancient symbols, choosing from two possible answers for each one. For one set, the researchers told the participants there wasn’t time to give them their results. For the other, the researchers told them they’d answered everything incorrectly. What’s particularly revealing is that when the researchers asked the volunteers which set they knew more about and could help other people with, 70% of them opted for the set for which they’d received no feedback, rather than the set for which they knew they’d failed so badly but which, due to the binary forced-choice format, they now effectively knew all the correct answers.

As with the money-box task, the problem again seemed to be the volunteers’ ignorance of how informative failures can be. Then, when Eskreis-Winkler and Fishbach nudged another group of volunteers into appreciating that learning they’d got all the answers wrong meant that they now knew the correct answers, this increased their willingness to share their knowledge about the symbol set they’d failed on.

The new findings suggest many of us could benefit from simply being made more aware of the lessons hidden in our failures.

It also helps to lay the groundwork earlier, before you even embark on your work project or personal goal. Oettingen’s research on mental contrasting, in which people are prompted to imagine having reached their goal and then to anticipate the obstacles on the way, has shown that performing this exercise at the outset encourages people to be more receptive to negative feedback later on.

“Not only is failure feedback more readily embraced, but it's also integrated in [the person’s] plans to reach the wish and to actually fulfil the wish,” explains Oettingen. It’s as if anticipating the ways that things could go wrong makes us more receptive to learning from our errors and failures when they inevitably occur. “It's not only that they’ve kind of processed the information, but they’ve used that information in order to be more successful,” she says.

Of course, thinking about your errors and failures can be demotivating, especially if you are a perfectionist or feeling low in confidence. To face up to your mistakes and learn from them, it’s important not to be overly harsh on yourself.

Thomas Webb, of the ‘ostrich effect’ phenomenon, is currently part of a team at Sheffield University researching this very issue, including working with organisations to look at ways to help people overcome failure through self-compassion. His team will be working with a gym, a parenting organisation and a journal publishing company – in the last case, helping reviewers of papers to overcome their common tendency to procrastinate.

“The basic hypothesis is that many people are critical of themselves when they lapse or experience challenges,” Webb says, “but if they were able to respond with self-compassion, for example by recognising that failure is a natural part of being human, then it is possible to maintain motivation and efforts [in the face of failure] … part of this will be a cultural shift toward accepting apparent failure.”

Webb is right that there are broader cultural lessons here. While we quite rightly see failures as a negative, we have much to gain from a wider shift that reframes them not just as sources of shame or regret, but also as richly informative learning opportunities.

Some industries in which safety is a number-one priority, such as aviation or space travel, already have this mentality – but, arguably, it’s an attitude that needs to be spread more widely.

There are positive signs this is starting in some organisations. “I’m fascinated by a growing trend of companies holding ‘screw-up nights’ – the actual name is a bit more colourful,” says Fishbach. “They’re essentially consequence-free opportunities for employees to step up to the mic and talk about the mistakes they’ve made on the job.”

It takes courage to admit when you got things wrong, but if more of us could do it, we would all benefit from the lessons learned.