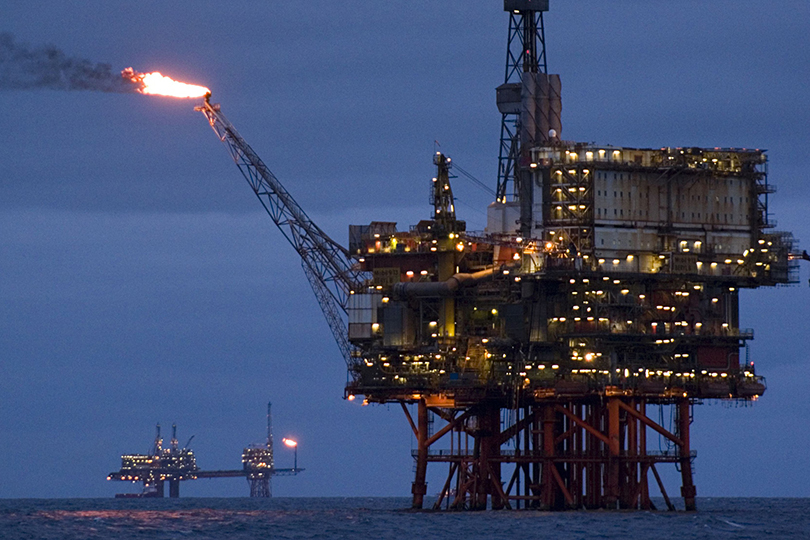 From the Levant coast of Israel and Lebanon stretching westward to Greece, Italy, and North Africa, the East Mediterranean is increasingly awash in regional tensions. On July 13, officials in east Libya said they would welcome Egyptian military intervention to counter Turkish support for the rival UN-recognized government in Tripoli. Ankara’s support includes an agreement made last year on a joint maritime border that would allow for Turkish oil and natural gas exploration.

Turkey’s so-far-elusive search for hydrocarbon reserves is partly driven by the relative success of East Mediterranean gas discoveries by Cyprus, Egypt, and Israel over the past two decades. Geographically and legally, however, Ankara’s newly claimed maritime border is a stretch. The notion that Turkey and Libya have adjoining exclusive economic zones (EEZs) requires one to accept a questionable interpretation of the 1982 UN Convention on the Law of the Sea: namely, that Crete and other parts of Greece are limited to the standard 12-mile boundary allotted for sovereign claims offshore, and not the 200 miles allotted for economic claims. Additionally, Ankara made the agreement with authorities who do not control the relevant portion of Libya’s coastline. A further twist is the absence of a demarcated maritime border between Libya and Egypt. Under international law, such situations require all relevant parties to be in agreement—Cairo cannot simply be presented with a fait accompli.

One perceived motive for the Turkey-Libya agreement is to deter construction of a seabed pipeline to export Cypriot gas to European markets. Although such lines can be built through the EEZs of third countries, permission would need to be obtained first. Even if Ankara’s EEZ deal with Tripoli sidesteps this obstacle, environmental concerns, real or imagined, could introduce endless delays.

More broadly, the economic impact of coronavirus plus the expense of developing gas reserves deep below the seabed many miles from shore has caused a reevaluation of the region’s energy prospects. For example, Exxon Mobil, Houston-based Noble Energy, and Total of France all discovered significant fields in Cyprus’s EEZ before the pandemic, but they will likely delay further exploitation for several years at best. These new commercial realities are more consequential than any Turkish claims on such finds (Ankara does not recognize that Cyprus even has an EEZ).

The proposed $7 billion seabed pipeline from Cypriot offshore gas fields to Greece and Italy is increasingly doubtful as well given the low price of gas and the line’s dependence on finding extra reserves for profitability. The island currently plans to import gas in order to generate electricity; it has ordered a floating regasification unit to convert tanker-loads of liquefied natural gas (LNG) set to arrive on its southern coast, displacing the coal imports normally used in local power stations.

For its part, Israel is having trouble attracting exploration companies to look for new reserves in its Leviathan and Tamar fields, despite Noble Energy’s past success in finding significant deposits. The decline in gas prices means that such exploration is verging on unviable for companies. Noble and its Israeli partners negotiated a long-term price that is more expensive than what imported LNG cargoes now cost, prompting the Israel Electric Corporation to start buying LNG for additional local sales. The country may have gained energy security from its gas fields, but its dreams of a well-endowed sovereign wealth fund have ended for now, and perhaps forever.

The dominant player in East Mediterranean energy remains Egypt, whose total gas reserves are much larger than those of Israel or Cyprus. Cairo also has the advantage of a large domestic market and the capacity to export surplus volumes via two LNG plants on the Nile delta coast. Contracts are expected to be signed soon for six new offshore exploration blocks west of the delta, including two in which Noble has a stake.

Egypt’s energy success story is likely frustrating for Ankara, which views Cairo as its main rival. Even within Turkey’s expanded definition of its claimed waters, its energy exploration campaign has fallen short of its lofty goals. But one good result is that its LNG imports are now cheaper, even if most of its domestic demand still depends on long-term supply deals with Russia, Azerbaijan, and Iran.

As for Syria, any role it hopes to play in offshore exploration seems unlikely while its civil war continues, and the northeast corner of the Mediterranean is not judged with much optimism in energy terms. Lebanon has better prospects, though initial drilling off Beirut was disappointing, and more exploration seems improbable during the current political and financial crisis.

Heated regional rhetoric aside, near-term economic logic suggests that the energy aspect of East Mediterranean tensions is considerably overstated. Nevertheless, energy cooperation should still be a basis for U.S. policy engagement in the area, if only to help moderate positions that could otherwise lead to direct military confrontations.