Don’t Count Out U.S. Oil Production as a Market-Shaper 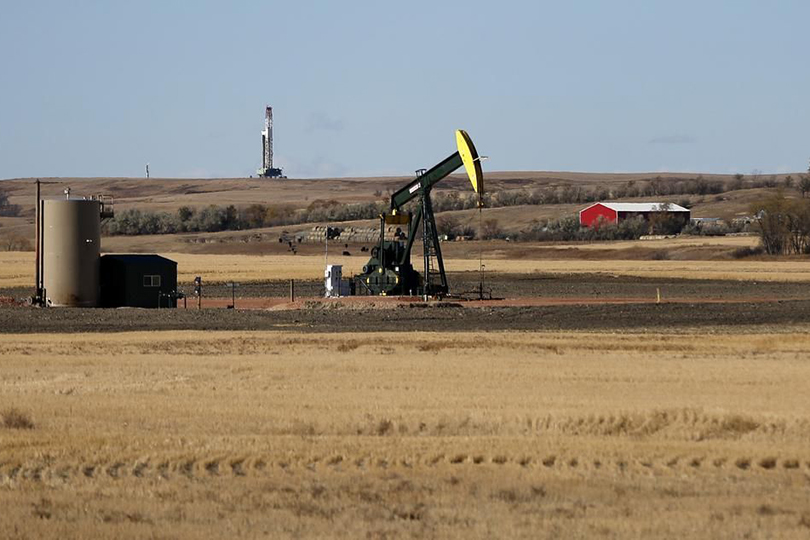 Five years ago, U.S. shale production costs were so high that whenever oil prices dropped, the impact was felt first and foremost by American producers. Many commentators and media sources assume that is still the case, but the situation has changed dramatically. A recent IMF report with the dry title “The Future of Oil and Fiscal Sustainability in the GCC Region” listed the “breakeven price” for various sources of crude. Naturally, Gulf oil had the lowest cost at $18 per barrel, but the shocker was that U.S. shale came in second place at $22—50 percent below the average deepwater project, 80 percent below Canadian oil sands, and 90 percent below Russian onshore projects. Since costs vary widely, some projects presumably have a much lower breakeven price and some much higher, but the general findings are nonetheless striking. If the IMF is correct, then U.S. production should not be counted out, since the cost fundamentals are on its side.

To be sure, the current market structure is not on U.S. shale’s side. Small U.S. producers have to raise money on financial markets and cannot rely on the deep government pockets available to producers in Russia and OPEC states. As a result, many are staring at a very dire situation.

But U.S. authorities are already taking impressive steps to help the domestic industry. There is talk of encouraging banks to extend new loans or allow delayed payment on old ones. And the Department of Energy has put out a call for U.S. producers to supply 30 million barrels to the Strategic Petroleum Reserve (SPR), which has space for an additional 77.5 million. Bids are due by March 26, and the oil will be supplied over two months. There is no credible fiscal reason to oppose this move: buying oil when it is cheap and selling when it is expensive is a way to cover the costs of running the SPR and make a profit on top. To satisfy any critics ideologically opposed to intervening in markets, the purchase can be called “a response to a supply crisis” (namely, an oversupply), just as selling oil when it is expensive can be portrayed as “responding to inadequate supply.”

More important, officials in Texas may revive the state’s long-dormant authority to order production cuts, as proposed by Pioneer Natural Resources CEO Scott Sheffield. Before OPEC became the world’s market setter in the early 1970s, that role had long been played by the Texas Railroad Commission, which has nothing to do with railroads but instead has the power to order output reductions by private oil producers in the state. While the commission only controls Texas output, most U.S. shale production is now located there, and producers elsewhere have limited capacity to expand quickly. Sheffield is now calling for a 10 percent cut with exemptions for small producers, which would shave output by 500,000 barrels per day (b/d). Even if Russia and OPEC do not respond to such U.S. actions, the combination of an SPR purchase and commission cuts could narrow the discount Texas oil has to take compared to similar grades on world markets, given the oversupply in Texas.

Putting a five-month, 1 million b/d cut—half from SPR purchases, half from the Texas action—on the table would give U.S. authorities some real bargaining chips for getting the Saudis and Russians to agree to cuts of their own, thereby stabilizing the markets. When Riyadh asked Moscow to cut output by 1 million b/d earlier this month in reaction to the coronavirus-induced drop in demand, President Vladimir Putin reportedly balked because he believed U.S. producers would benefit.

With some help from Austin and Washington, the bloodbath among smaller U.S. producers could be lessened—though many will still have to sell out to large international oil companies, which will be able to pick up extra capacity for a song. Among other reasons, limiting these casualties is important because concentrating the industry into fewer hands would be politically and economically undesirable (e.g., small producers have led the way on technological changes that slash production costs).

One good side effect is that U.S. production is likely to shrink only slowly even if small firms fold. Fields now producing would keep on producing; near-term output drops would be the result of investments coming to a screeching halt. In February, the Energy Information Administration forecast that crude oil output would grow to 13.2 million b/d this year (an increase of 1 million) and then to 13.55 million in 2021. The agency lowered that forecast on March 11, but it still predicted output growth in both years, reaching 12.7 million in 2021. Although this forecast will presumably be lowered again in light of the latest global events, U.S. output will not collapse. The above figures are for crude alone; the United States also produces more than 5 million b/d of natural gas liquids and more than 1 million b/d of ethanol, for a total oil output around 21 million b/d (including what is called “refinery processing gain,” when oil expands in volume upon being refined). This is more than U.S. consumption (currently around 20.5 million b/d) and by far the world’s highest production (Saudi Arabia produces around 12 million and claims it will increase to 14 million; Russia is at 10 million and may go up to 11 million).

If Moscow and Riyadh stick to their guns for political reasons and the coronavirus recession lingers, low prices could continue for quite some time. That would hit Canadian oil sands hard and kill off many large offshore projects (which are among the costliest in the world today). Small and medium U.S. producers would be particularly vulnerable, not because of high costs, but because of debt financing and unequal political backing—unless Washington and Austin step in with SPR purchases, debt relief, and state-ordered production cuts. When prices eventually bounce back, U.S. shale producers would then be better positioned to increase output quickly compared to megaprojects most anywhere in the world. In short, U.S. production will continue to set the pace for world oil markets no matter what Riyadh and Moscow do.