The people with hidden immunity against Covid-19 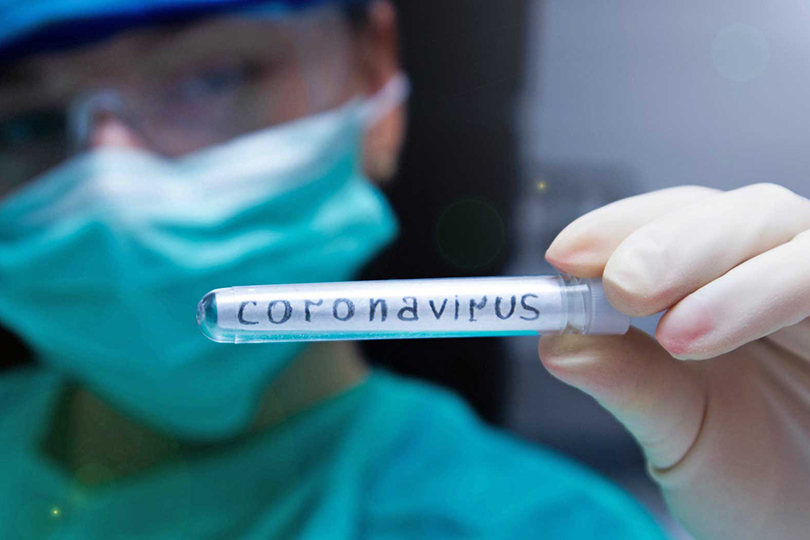 The clues have been mounting for a while. First, scientists discovered patients who had recovered from infection with Covid-19, but mysteriously didn’t have any antibodies against it. Next it emerged that this might be the case for a significant number of people. Then came the finding that many of those who do develop antibodies seem to lose them again after just a few months.

In short, though antibodies have proved invaluable for tracking the spread of the pandemic, they might not have the leading role in immunity that we once thought. If we are going to acquire long-term protection, it looks increasingly like it might have to come from somewhere else.

But while the world has been preoccupied with antibodies, researchers have started to realise that there might be another form of immunity – one which, in some cases, has been lurking undetected in the body for years. An enigmatic type of white blood cell is gaining prominence. And though it hasn’t previously featured heavily in the public consciousness, it may well prove to be crucial in our fight against Covid-19. This could be the T cell’s big moment.

T cells are a kind of immune cell, whose main purpose is to identify and kill invading pathogens or infected cells. It does this using proteins on its surface, which can bind to proteins on the surface of these imposters. Each T cell is highly specific – there are trillions of possible versions of these surface proteins, which can each recognise a different target. Because T cells can hang around in the blood for years after an infection, they also contribute to the immune system’s “long-term memory” and allow it to mount a faster and more effective response when it’s exposed to an old foe.

Several studies have shown that people infected with Covid-19 tend to have T cells that can target the virus, regardless of whether they have experienced symptoms. So far, so normal. But scientists have also recently discovered that some people can test negative for antibodies against Covid-19 and positive for T cells that can identify the virus. This has led to suspicions that some level of immunity against the disease might be twice as common as was previously thought.

Most bizarrely of all, when researchers tested blood samples taken years before the pandemic started, they found T cells which were specifically tailored to detect proteins on the surface of Covid-19. This suggests that some people already had a pre-existing degree of resistance against the virus before it ever infected a human. And it appears to be surprisingly prevalent: 40-60% of unexposed individuals had these cells.

Can you catch Covid-19 twice?

How Covid-19 can change the brain

Covid-19: Can “boosting” your immune system protect you?

The central role of T cells could also help to explain some of the quirks that have so far eluded understanding – from the dramatic escalation in risk that people face from the virus as they get older, to the mysterious discovery that it can destroy the spleen.

Deciphering the importance of T cells isn’t just a matter of academic curiosity. If scientists know which aspects of the immune system are the most important, they can direct their efforts to make vaccines and treatments that work.

Most people probably haven’t thought about T cells, or T lymphocytes as they are also known, since school, but to see just how crucial they are for immunity, we can look to late-stage Aids. The persistent fevers. The sores. The fatigue. The weight loss. The rare cancers. The normally harmless microbes, such as the fungus Candida albicans – usually found on the skin – which start to take over the body.

Over the course of months or years, HIV enacts a kind of T cell genocide, in which it hunts them down, gets inside them and systematically makes them commit suicide. “It wipes out a large fraction of them,” says Adrian Hayday, an immunology professor at King’s College London and group leader at the Francis Crick Institute. “And so that really emphasises how incredibly important these cells are – and that antibodies alone are not going to get you through.”

During a normal immune response – to, let’s say, a flu virus – the first line of defence is the innate immune system, which involves white blood cells and chemical signals that raise the alarm. This initiates the production of antibodies, which kick in a few weeks later.

“And in parallel with that, starting out about four or five days after infection, you begin to see T cells getting activated, and indications they are specifically recognising cells infected with the virus,” says Hayday. These unlucky cells are then dispatched quickly and brutally – either directly by the T cells themselves, or by other parts of the immune system they recruit to do the unpleasant task for them – before the virus has a chance to turn them into factories that churn out more copies of itself.

The good and bad news

So, what do we know about T cells and Covid-19?

“Looking at Covid-19 patients – but also I’m happy to say, looking at individuals who have been infected but did not need hospitalisation – it’s absolutely clear that there are T cell responses,” says Hayday. “And almost certainly this is very good news for those who are interested in vaccines, because clearly we’re capable of making antibodies and making T cells that see the virus. That’s all good.”

In fact, one vaccine – developed by the University of Oxford – has already been shown to trigger the production of these cells, in addition to antibodies. It’s still too early to know how protective the response will be, but one member of the research group told BBC News that the results were “extremely promising”. (Read more about the Oxford University vaccine and what it's like to be part of the trial).

There is a catch, however. In many patients who are hospitalised with more serious Covid-19, the T cell response hasn’t quite gone to plan.

“Vast numbers of T cells are being affected,” says Hayday. “And what is happening to them is a bit like a wedding party or a stag night gone wrong – I mean massive amounts of activity and proliferation, but the cells are also just disappearing from the blood.”

One theory is that these T cells are just being redirected to where they’re needed most, such as the lungs. But his team suspects that a lot of them are dying instead.

“Autopsies of Covid-19 patients are beginning to reveal what we call necrosis, which is a sort of rotting,” he says. This is particularly evident in the areas of the spleen and lymph glands where T cells normally live.

Disconcertingly, spleen necrosis is a hallmark of T cell disease, in which the immune cells themselves are attacked. “If you look in post-mortems of Aids patients, you see these same problems,” says Hayday. “But HIV is a virus that directly infects T cells, it knocks on the door and it gets in.” In contrast, there is currently no evidence that the Covid-19 virus is able to do this.

“There are potentially many explanations for this, but to my knowledge, nobody has one yet,” says Hayday. “We have no idea what is happening. There’s every evidence that the T cells can protect you, probably for many years. But when people get ill, the rug seems to be being pulled from under them in their attempts to set up that protective defence mechanism.”

Dwindling T cells might also be to blame for why the elderly are much more severely affected by Covid-19.

Hayday points to an experiment conducted in 2011, which involved exposing mice to a version of the virus that causes Sars. Previous research had shown that the virus – which is also a coronavirus and a close relative of Covid-19 – triggered the production of T cells, which were responsible for clearing the infection.

The follow-up study produced similar results, but the twist was that this time the mice were allowed to grow old. As they did so, their T cell responses became significantly weaker.

However, in the same experiment, the scientists also exposed mice to a flu virus. And in contrast to those infected with Covid-19, these mice managed to hold onto their T cells that acted against influenza well into their twilight years.

“It’s an attractive observation, in the sense that it could explain why older individuals are more susceptible to Covid-19,” says Hayday. “When you reach your 30s, you begin to really shrink your thymus [a gland located behind your sternum and between your lungs, which plays an important role in the development of immune cells] and your daily production of T cells is massively diminished.”

What does this mean for long-term immunity?

“With the original Sars virus [which emerged in 2002], people went back to patients and definitely found evidence for T cells some years after they these individuals were infected,” says Hayday. “This is again consistent with the idea that these individuals carried protective T cells, long after they had recovered.”

The fact that coronaviruses can lead to lasting T cells is what recently inspired scientists to check old blood samples taken from people between 2015 and 2018, to see if they would contain any that can recognise Covid-19. The fact that this was indeed the case has led to suggestions that their immune systems learnt to recognise it after being encountering cold viruses with the similar surface proteins in the past.

This raises the tantalising possibility that the reason some people experience more severe infections is that they haven’t got these hoards of T cells which can already recognise the virus. “I think it’s fair to say that the jury is still out,” says Hayday.

Unfortunately, no one has ever verified if people make T cells against any of the coronaviruses that give rise to the common cold. “To get funding to study this would have required a pretty Herculean effort,” says Hayday. Research into the common cold fell out of fashion in the 1980s, after the field stagnated and scientists began to move to other projects, such as studying HIV. Making progress since then has proved tricky, because the illness can be caused by any one of hundreds of viral strains – and many of them have the ability to evolve rapidly.

Will this lead to a vaccine?

If old exposures to cold viruses really are leading to milder cases of Covid-19, however, this bodes well for the development of a vaccine – since it’s proof that lingering T cells can provide significant protection, even years after they were made.

But even if this isn’t what’s happening, the involvement of T cells could still be beneficial – and the more we understand what’s going on, the better.

Hayday explains that the way vaccines are designed generally depends on the kind of immune response scientists are hoping to elicit. Some might trigger the production of antibodies – free-floating proteins which can bind to invading pathogens, and either neutralise them or tag them for another part of the immune system to deal with. Others might aim to get T cells involved, or perhaps provoke a response from other parts of the immune system.

“There really is an enormous spectrum of vaccine design,” says Hayday. He’s particularly encouraged by the fact that the virus is evidently highly visible to the immune system, even in those who are severely affected. “So if we can stop whatever it’s doing to the T cells of the patients we've had the privilege to work with, then we will be a lot further along in controlling the disease.”

It seems likely that we are going to be hearing a lot more about T cells in the future.