Isis stones to death four women for adultery (after they were raped by militants), activists claim 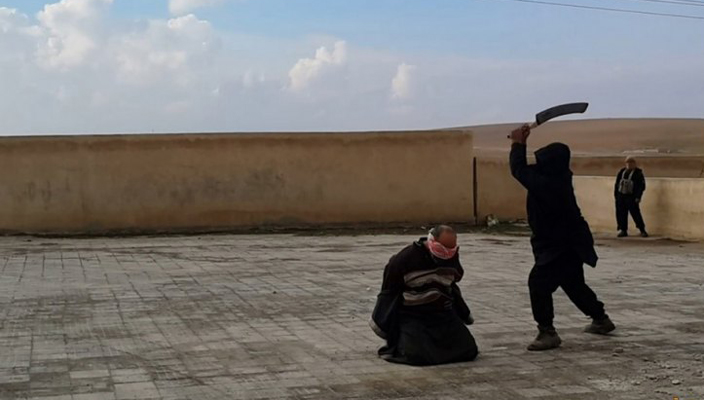 Kurdish activists claim the Isis jihadist group has stoned to death four women in a mass execution for “adultery”, without identifying any details about the men involved.

The lack of information involved in the case brought before the militants’ Shariah court in Mosul, Iraq, has led to speculation that the women were raped by Isis fighters themselves.

Speaking to the pro-Kurdish Syrian media outlet ARA News, local activist Raafat Zarari reportedly said the victims were arrested on Wednesday last week and “stoned to death in front of a large crowd of people in central Mosul” just a day later.

Another activist, Abdullah al-Malla, told ARA the court sentenced the women without hearing any details about the men supposedly involved in the “adultery”.

“The statement of the Sharia Court… avoided mentioning the men,” he said. “Apparently, the victims have been raped by Isis jihadis and then stoned to death on charges of committing adultery.”

In its latest report on the atrocities meted out by Isis in Iraq, released last month, the UN said the group “regularly forces people to gather in public places in Mosul to watch punishments imposed by its self-appointed courts, including stoning and beheadings”.

Such “grim punishments” are part of the “staggering” violence suffered by civilians in the country, the UN said.

Mosul has been under Isis control since it was taken by the group in June 2014. A “caliphate” across the jihadists’ territories in Syria and Iraq was declared just days later.

Kurdish armed forces have pushed their frontline to just a few miles north of the city and are preparing for an assault – but do not have a capacity to take such a large city without the support of the Iraqi government and international community.

While they wait, talks about a ceasefire in neighbouring Syria have produced tentative results. That “cessation of hostilities”, agreed to start on Thursday, does not include Isis and other jihadist groups.