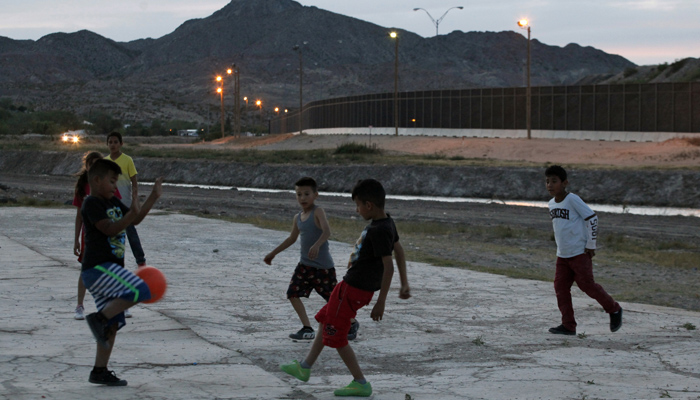 Children in wealthy countries face increasing inequality in health, income and life satisfaction, according to a new study from the United Nations children’s agency UNICEF.

Between 2008 and 2013, income inequality increased in 19 of the 37 countries identified in the report, with the largest income inequality gaps among children seen in Greece, Italy, Portugal, Spain, Hungary, Slovakia and Slovenia. The numbers are from a UNICEF “report card” released Wednesday, which looks at the situation for children across dozens of the world’s wealthiest countries and assesses the inequality some of the poorest children face when it comes to education, income, life satisfaction and health.

The study finds that many of the world’s wealthiest nations are failing their poorest children—the bottom 10 percent—and that migrant children in the United States, Germany, Iceland and Spain suffer greater dissatisfaction in their lives than children with long-established family ties in those countries.

The U.S.—which has some of the highest child poverty rates in the developed world—is ranked in the bottom third for income inequality among its children, sandwiched below Turkey and above Chile. The study finds that the U.S. has a relative income gap of 59 percent, meaning a child in the bottom 10th percentile has a household income that is nearly 60 percent lower than a child with a median income. Japan, which like the U.S. is one of the world’s wealthiest countries, has a slightly higher relative income gap, at 60 percent.

Somewhat surprisingly, Canada, France, Iceland and Sweden saw their positions in the overall table decline. This drop shows “the increase in truly disadvantaged children in these countries,” Alexandra Yuster, associate director of social inclusion and policy at UNICEF, tells Newsweek.

“Overall, the median continues to be relatively strong, but you see the worst-off kids falling further behind,” she says.

Some of the largest gaps between the average and the poorest children in the wealthiest countries were seen in health, according to the study. Children aged 11, 13 and 15 were asked about symptoms such as inability to sleep, nervousness, nausea and headaches, and about how often they felt them. Gender gaps in adolescent health “are not only widespread, but persistent,” according to the study, and the U.S. was one of 10 countries where girls were more likely to fall behind in health.

“It may not be that you need medical care, but if you go to school everyday feeling tired, if you feel nervous and worried, these are going to affect your wellbeing, your performance in school, you ability to take opportunities,” says Yuster.

While the report “gives you the information, the ‘why’ can’t be gathered from statistics,” she says. “It requires asking the kids themselves.”

Yuster says income inequality can be improved by social transfers—monetary transfers from governments or other organizations to the most disadvantaged—which make “a huge difference.” Making available more jobs and educational opportunities, as well as better wage growth, can also help, she says.

“I think it’s really important to remember that children can’t wait, that childhood is fleeting,” says Yuster. “If we say that it can take a decade for these policy changes to really have an effect on the poorest, well, that’s a generation of kids who have missed out.”

She adds: “Leaving them behind is not good for them and not particularly good for society, either.”