The Rule of Law Needs a Soul 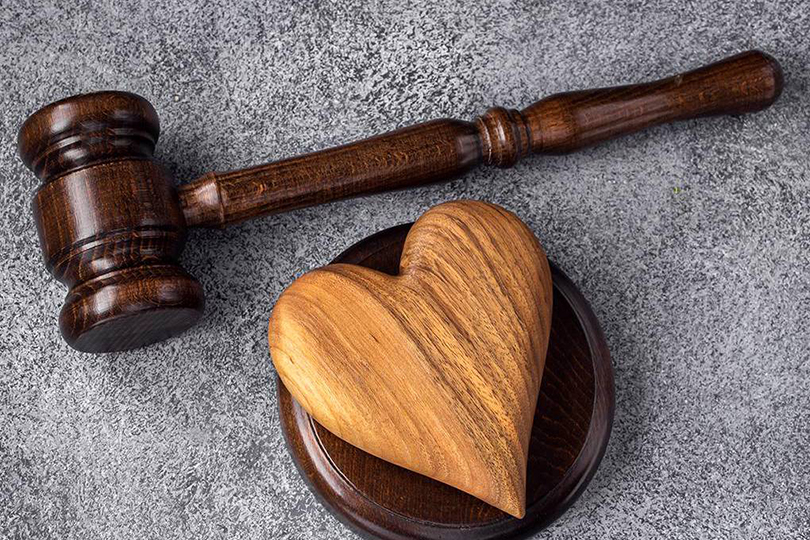 The hubris of much liberal legal thinking has been to assume that once a rule-of-law regime is in place, it will be almost perpetually self-sustaining.

The hubris of much liberal legal thinking has been to assume that once a rule-of-law regime is in place, it will be almost perpetually self-sustaining. But the mounting constitutional disarray in the Anglo-American world points to fundamental flaws in the prevailing liberal theory of institutions.

The Anglo-American world, once a shining beacon of the “rule of law,” is sliding into constitutional disarray. In the United States, President Donald Trump’s administration is testing the resilience of the system of checks and balances to the breaking point. In Brexit Britain, meanwhile, the debate on European Union membership is threatening to rip the country apart, or, worse still, splinter it into pieces.

Although the US and the United Kingdom have very different constitutions – starting with the fact that one is written, and the other not – both involve a subtle interplay of formal laws and informal norms and conventions. That is why there is no clear interpretation of Article 50 of the EU’s Treaty of Lisbon, which sets out the process by which a member state can leave the bloc. Similarly, there is no definitive answer to Trump’s query, most recently in the drama surrounding the Mueller report, as to whether collusion with Russia is technically illegal. Those who drafted the relevant laws, working in good faith, never imagined that cases like this would arise.

But although few anticipated the current constitutional mess, many of the problems stem from the prevailing account of the rule of law in Western legal scholarship. While correct in regarding the existence of the rule of law as a triumph, it is mistaken in taking this state of affairs for granted.

The hubris of much liberal thinking about the law has been to assume that once a rule-of-law regime is in place, it will be almost perpetually self-sustaining. But a constitution by itself can no more guarantee a cohesive society than a marriage contract can ensure a lifetime of true love and epic romance. There is no getting away from doing the work to make the arrangement happy, peaceful, prosperous, and secure. Societies, like couples, benefit from renewing their vows.

The cracks appearing in the constitutional order on both sides of the Atlantic are evidence of fundamental flaws in our theory of institutions. Liberal legalism prides itself on its value neutrality, and on placing largely self-interested individuals at its center. But these assumptions are difficult to reconcile with important aspects of human nature as it is now.

Rules are much more likely to gain traction if they appeal to what psychologists call “the moral machinery.” In the schema proposed by Princeton Nobel laureate Daniel Kahneman in his book Thinking, Fast and Slow, this means appealing to human beings’ “System 1” thinking, which is based on emotion and instinct, as well as to the more deliberative or logical “System 2.” Moreover, by stressing “me” almost entirely at the expense of “we,” liberal theory ignores the fact that humans are inherently and fundamentally social – and risks bringing about a self-fulfilling prophecy. Indeed, the work of biologist Joseph Henrich demonstrates that the capacity for cooperation has been the main force propelling the human evolutionary process forward.

An increasing body of evidence suggests, however, that sustaining human cooperation across large networks is hard. My own empirical research has highlighted the difficulties of trying to establish rule-of-law regimes in postcolonial countries or transition economies. And in the cognitive sciences, evolutionary psychologist Robin Dunbar has argued that the human brain can optimally process a social network of no more than about 150 people.

This does not mean that any attempt to create large-scale governance structures is doomed to fail. As Ara Norenzayan argues in Big Gods, religion has succeeded in that regard for centuries. The lesson, rather, is that even in secular contexts, the creation of a shared narrative is essential to help support institutions.

Just like any other emotionally salient relationship or friendship, this narrative must be maintained through acts of togetherness – even including laughing and singing, according to Dunbar. Widespread pro-social behavior is possible, but it needs to be “evoked,” as Harvard psychologist Steven Pinker argues, by a culture that actively appeals to the “better angels of our nature.”

Political leaders can do much to build a sense of togetherness, as New Zealand’s Prime Minister Jacinda Ardern has shown following the massacres at two mosques in Christchurch in March. Sadly, institutions in the US and the UK have ignored the growing decay of civil society, though it was documented nearly two decades ago in Harvard political scientist Robert D. Putnam’s evocatively titled book Bowling Alone. As a result, the law has been reduced to a system of amoral constraints that can be gamed.

Contrary to former UK Prime Minister Margaret Thatcher’s famous proclamation, there is such a thing as society. But by persisting with a narrow view of institutions that is devoid of social context, we risk making them too rigid to survive. And without a sense of community, constitutions can become dangerously brittle – especially as populist leaders rush to fill the void in values by stoking tribal sentiment.

The vitriol of politicians such as Trump or the Brexit avatar Nigel Farage poses a grave danger to long-standing institutions. Both the US and the UK need leaders who emphasize a culture of cooperation rather than race-to-the-bottom competition, and who actively foster a collective credo.

The West needs to fetishize formal institutions less, and promote civic friendship more. We should place less emphasis on the purely procedural, and more on people. By giving the rule of law a soul, we can start the long process of restoring our political systems to health.

* Antara Haldar is University Lecturer in Empirical Legal Studies at the University of Cambridge.

After the Liberal International Order