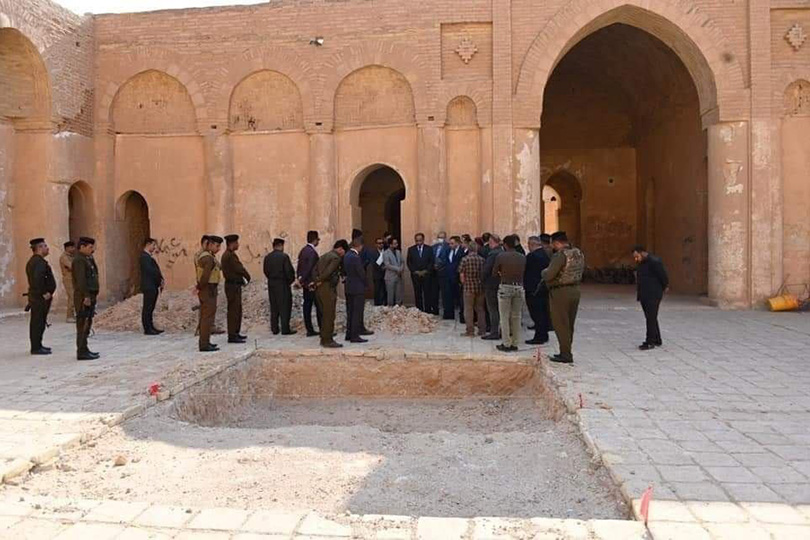 The ministry of culture and tourism in Iraq stated that unidentified groups sabotaged parts of Al-Ukhaidir Fortress in Karbala 140 KM south of Baghdad.

The ministry said in a statement: the operations of Excavation has been suspended in Al-Ukhaidir Fortress due to inaccurate information of treasures and antiquities inside the fortress of different historical eras.

The statement mentioned that a report will be handed to the Prime Minister to punish the negligent who caused the sabotage of this Cultural legacy.

The ministry also said: these damages in this archaeological site were caused by greedy people who sabotaged significant antiquities without prior permission. The spokesman added the ministry is determined to end this issue of treasure hunting based on simple letter or fake maps.

He added: investigation committees were formed by the Antiquities Police to identify the Accomplices in this infiltration to the archaeological site.