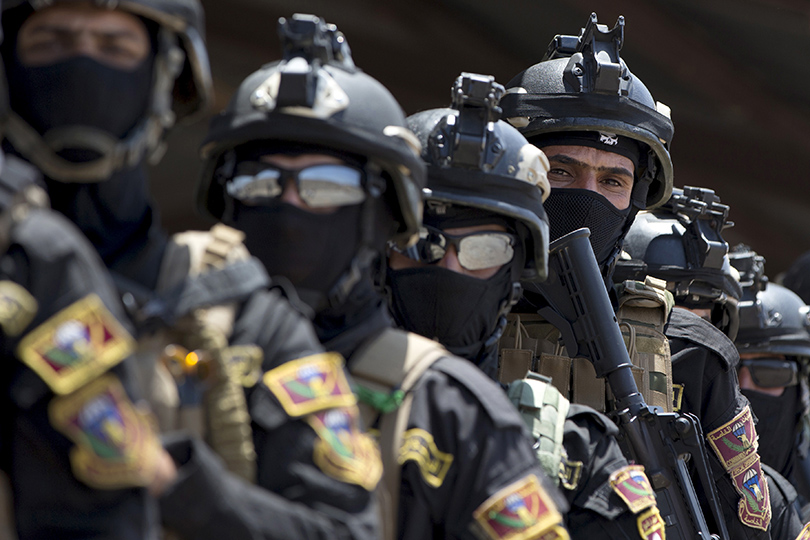 Counter Terrorist Service spokesman, Sabah AlNoman, revealed anumber of qualitative operations executed by CTS in the last six months as he pointed out a new strategy to take ISIS down.

He added: we engaged in applying this strategy on the field, through several quick and qualitative operations that targeted terrorist cell areas, especially in Dyala, Salah El-Dien, Kirkuk, west of Anbar, and Baghdad's surroundings.

The spokesman confirmed: the number of executed operations reached 150 operations in the last six months resulting in capturing 250 terrorists and killing more than 50 other terrorists. Those operations took place in rough mountainous terrain and other desert areas.

He went on saying: CTS strength, solid training, and well equipped made them able to reach far distances where those terrorists reside.

He stated: A high level of co-ordination between mutual operation commands, air force, army aviation, and international alliance aviation had a great role in enforcing CTS operations at that time.

AlNoman pointed out: those operations were based on hard efforts of intelligence as well as collecting information from captured ISIS members, especially those leaders of high command. That intelligence was quite accurate to identify their exact locations. Not to mention the coordination with international alliance forces in exchanging information and in air force support to target those terrorists and making huge progress this year.

He mentioned: most of these operations were based on confessions of terrorists who were previously captured as this information led to arresting the others.