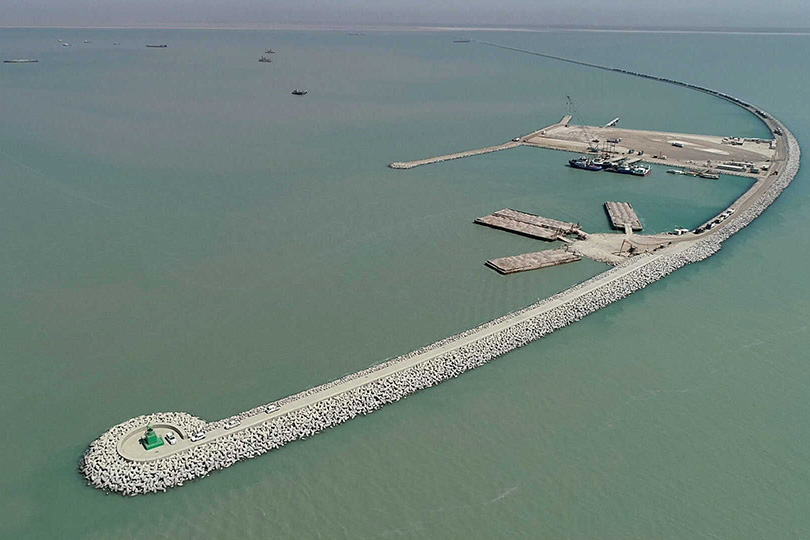 The local government of the governorate of Al-Basra confirmed that the project of Al-Faw Grand Port will proceed next year.

The representative of the local government of Al-Basra governorate in Al-Faw District, Waleed Al-Shirifi, said: either one the two companies, Korean Daewoo or the Chinese one, the execution of the Al-Faw Grand Port project will resume next year as he cleared: the Korean company is currently working on the project according to the previous deal and it unreluctantly proceed working on the port.

Al-Shirifi added: there are relevant functional commissions discussing the offers of both Korean and Chinese companies regarding Al-Faw Grand Port and the decision will be made later according to standards by the ministry of transportation.

The minister of transportation, Nasir Hussain, revealed new agreements’ details with both Korean and Chinese companies regarding Al-Faw Grand Port. He emphasized on decision 63 of the cabinet of the ministers that will qualify Daewoo Company to start working on the port.

Hussain said in statement: Al-Faw port represents a future for the next generations. The previous phases of the port construction doesn’t meet the standards of real port. Decision 63 of the cabinet of ministers will qualify Daewoo Company to initiate construction process of the port, he added.

The minister commented: the strategic location of Al-Faw Grand Port will not affect any other port. He highlighted the fact that Daewoo will execute five fundamental projects within the port.

He proceeded saying: we hope that the next session of the cabinet will vote on granting the authority to sign Daewoo. He clarified that the ministry insisted on depth of 19 meter which would help bigger ships to enter the port.