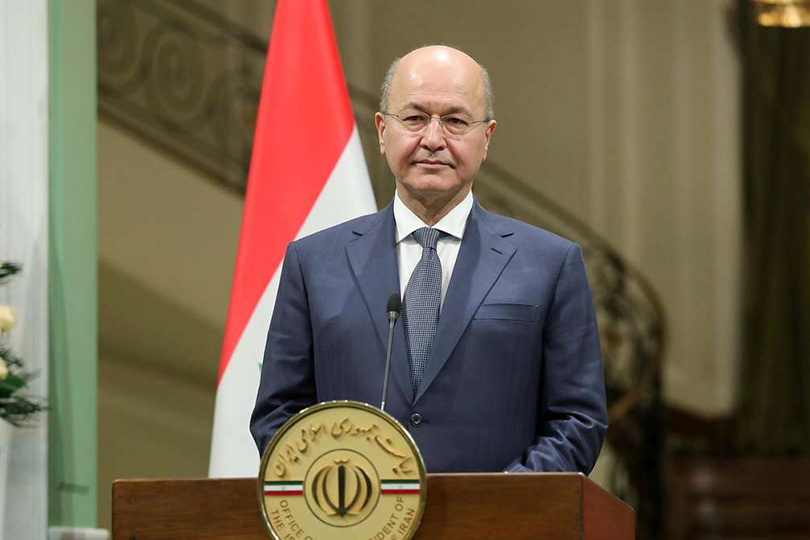 The president of Iraq, Barham Salih, called for not to involve
governmental employees’ payrolls with political conflicts. He stressed on exclude Iraq of Polarization Policy and international entrenched groups.

Salih said: it is unreasonable that the Iraqi citizen would be liable to pay for political failure, conflicts and corruption, to the extent of damaging his daily livelihood. This calls for substantial revisions and reform decisions based on frankness, and relies on basic principal of not including the citizen in the political conflicts. It is unacceptable to connect people’s income, and employees’ payrolls with political conflicts and corruption, even those in Kurdistan.

He added: in such devastating economic status quo, the priority goes to the support the lower classes by taking quick and effective actions. We must proceed our fight against corruption, and there is no room for favoritism on the account of the country’s sovereignty, enforcing the law of the state, and finally having state arms control.