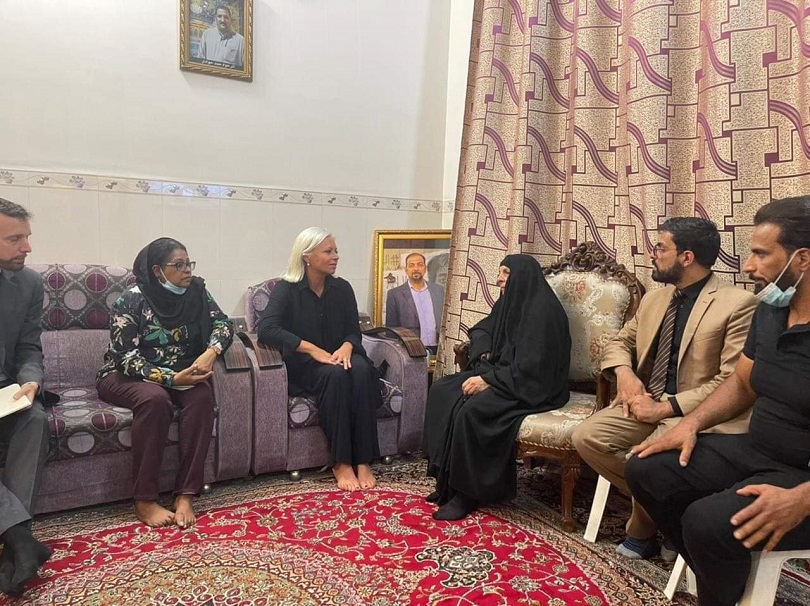 Jeanine Plasschaert, Special Representative for the United Nations Assistance Mission for Iraq, confirmed today on reporting the case of the assassination of Ihab Al-Wazni and other activists to the United Nations and the Security Council during her visit to the Al-Wazni family.

The mother of the assassinated Ihab Al-Wazni stated to Annabaa News Agency: Plasschaert expressed her condolences and apologies for the incidents when UNISEF’s cars did not stop and respond to her demands, and not even talk to her.